About two weeks before I went to California for a women’s photography weekend I found myself on Craigslist eyeballing a listing for a Rolleiflex.  I wanted to contact the seller about it, but it was expensive and I’d never even held a Twin Lens Reflex before.  Honestly I didn’t even know much about what kind of pictures they take.  But it was calling to me anyway.

Then I remembered that I’m still paying for the fancy new DSLR I bought earlier this year.  It’s a camera that I know, and it knows me, and what would I do with one of those old cameras anyway?  That vintage look isn’t even how I shoot, I told myself.  I haven’t shot a roll of film since I bought my first DSLR three years ago.  I came back to my senses.

When I got to the photography retreat my friend Tamar had turned up with a quiver of cameras, including a Yashica Mat 124G.  It was my chance!  From the minute I looked down through the waist-level viewfinder I was smitten.  The viewfinder has an almost 3D feeling and the twin lens reflex reverses the image.  It takes a little getting used to, turning left to pan right on a scene, but somehow it’s part of the intoxicating charm of the camera to do so. 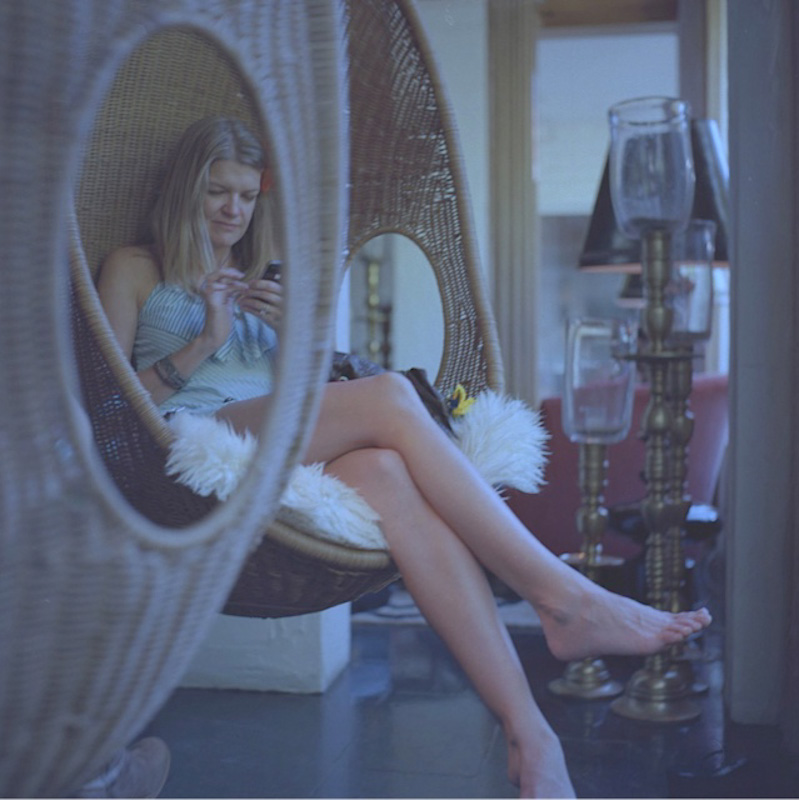 Tamar was nice enough to let me shoot a roll of her film but even before I had seen any of the images I knew I needed one of these cameras.  Just the experience of shooting with it – slowly checking the exposure and composing each (square!) frame, checking that each is level and plumb, 12 images, and 12 only, per roll of film – is so viscerally different from shooting with my digital camera.  It got under my skin.

When I got home I immediately searched out eBay for a TLR.  The first roll I loaded into my new camera was expired and I tested it out on my husband and son the same day we shot our family Christmas card.  Because my old Pentax sits collecting dust on the shelf, I had forgotten the enjoyable anticipation of waiting to pick up film from the lab.  But as I leafed through the pictures I felt a little giddy. 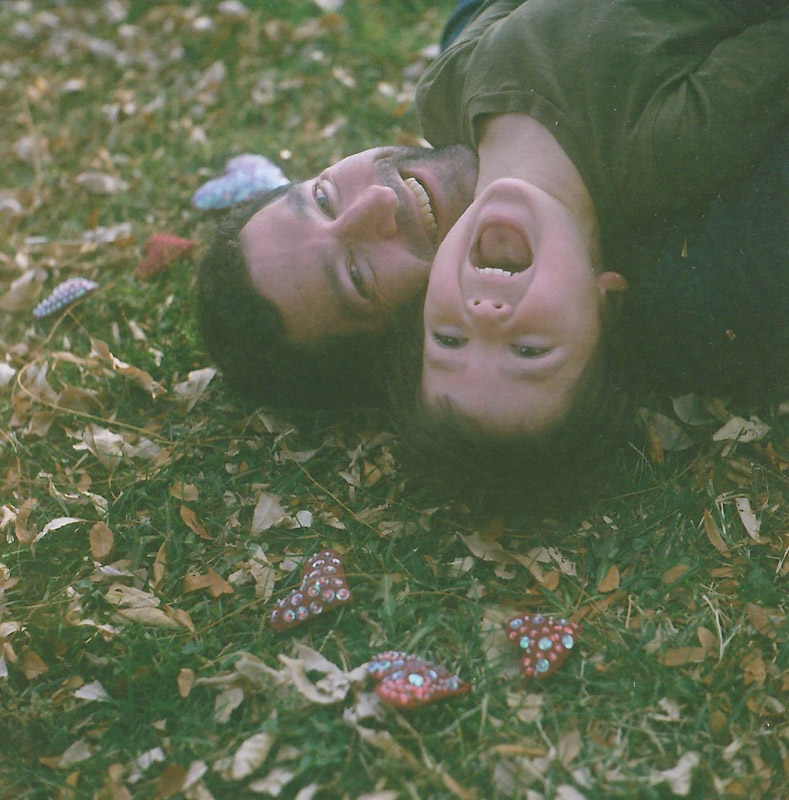 Something about seeing the picture, finished and with no opportunity to further edit, feels like a surprise and an accomplishment.  I thought the picture might even be beside the point, so enjoyable was the shooting itself, until I started getting back more film.  I’m slowly getting to know the camera, and just as significantly, the variety of film available.  I’m delighting in the grainy, noisy imperfections of some of the black and white I’ve shot, or puzzling over the contrast levels in others. 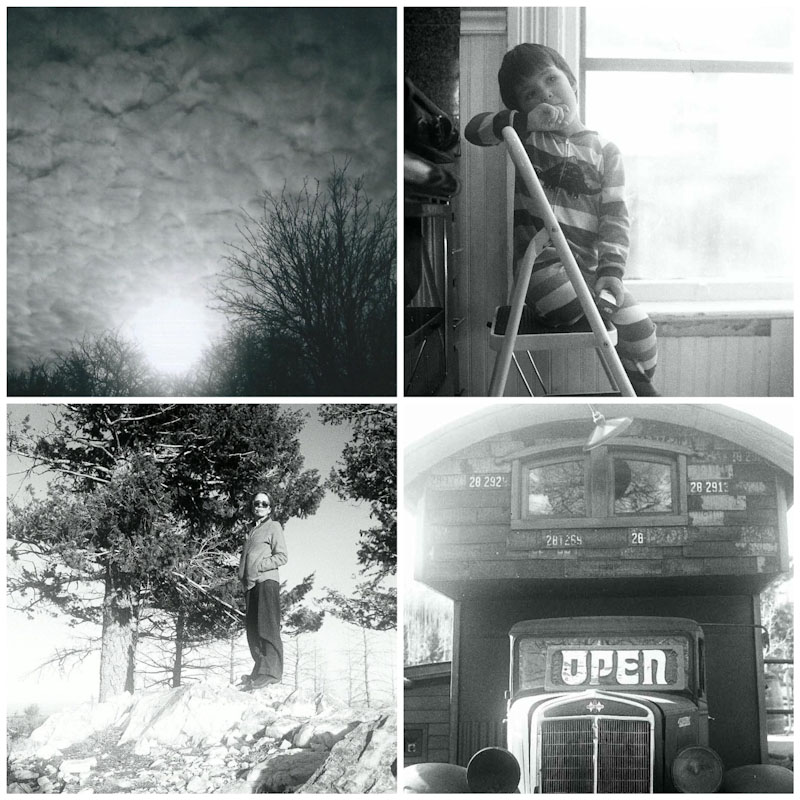 I tend to shoot into the sun a lot with my digital camera, since I know how it behaves and I can check the display immediately to see if I exposed correctly.  With this old camera I’ve shot a lot of unintentional silhouettes or overexposed the image so that the sun obliterates my subject.  But it’s brought a feeling of mystery and spontaneity to my shooting and helped me take a break from thinking about how I shoot.

For the first time ever I shot a roll of slide film and sent it off to be cross-processed.  The results were so deliciously lo-fi and so, well, real that I got butterflies in my stomach.  It was like magic. 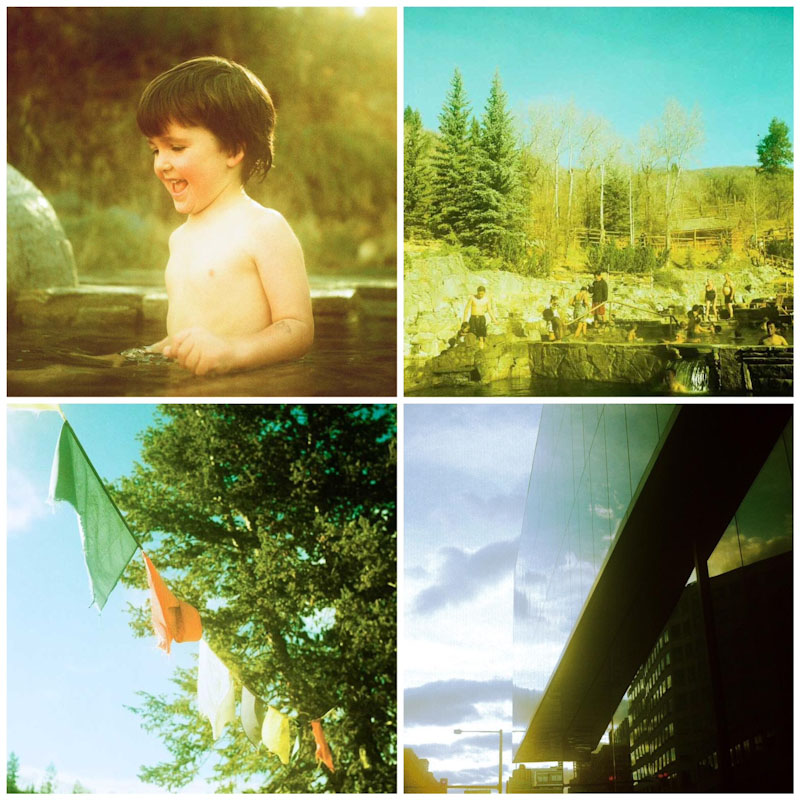 In my digital life, I don’t tend to process my photos in a very film-look because, well, it’s digital and I wonder if I’m cheating. (This is only one of my many photo-neuroses.)  But this camera invites me to loosen up, shoot things I wouldn’t normally shoot and think only about the act of shooting.  It invites me to get out of my own way.  And so I do, and I am, and I couldn’t be more excited.

Has a new piece of gear ever helped you see differently?

The talented Corinna Robbins blogs at Bird Wanna Whistle. You can find her on Flickr, too.