There are always two sides to a story, usually you side with one. I find the same to be true when it comes to pet owners, reptiles aside, (I have one of them too) people seem to be either a dog or a cat lover. Would you agree?  Yesterday’s post from Justine, about man’s best friend had me actually revisiting the idea of getting a dog. Something my son has been perpetually asking for since the kid could talk. He’s now driving. I have always wanted to give him that experience but everyone that I knew that had or just got a puppy was telling me, wait!! it was like having another child. Yikes. At that point I looked over a my cat peacefully napping and went on with my day. It’s not that I don’t like dogs, I just never had one. I guess my parents felt the same way, the work, the smell, the dog hair and colored plastic baggies. Whenever the debate over best pet comes up at my house, my husband’s holds up his fingers, two words for you he says,  “Cat -Box.” End of story.  I mumble to myself and wave him off.  Pfffft!!!

A little over a decade ago I tried to bring up a discussion about having a second child. I was offered something else, a kitten.  As daft as this is going to sound, after having recently lost my beautiful Himalayan cat of twelve years I thought that wasn’t a bad trade.  After all I was really missing having a cat by my side. I decided I wanted another Abyssinian, we had lost one a few years prior after she ran out into the street. Within a week I found a breeder.  Both my son and I passed the interview process (yes, you read that correctly) and soon we had ourselves a kitten.  On a Super Bowl Sunday almost ten years ago I brought Weebee home. Here she is with her two brothers.

She has been like no other cat companion I have ever had. The breed are known for being extremely social and busy bodies. She is always in our business, vocal and curious to a fault. Fastidious in her hygiene, we sometimes refer to her as the ‘virtual cat.’ 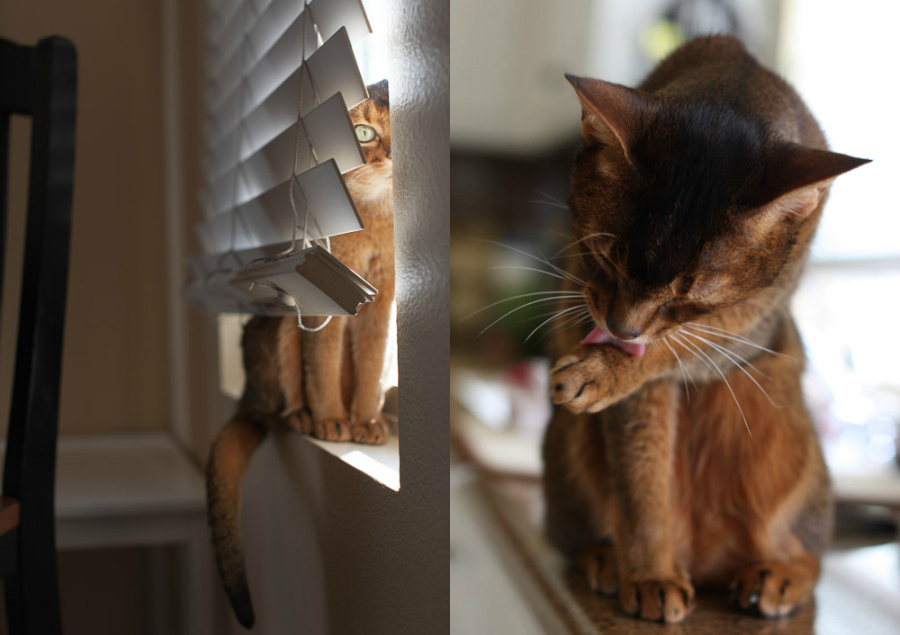 I am very limited as to what I have available to photograph on any given day. I am a mother (I eventually had that second child), a wife, a home maker, a short order cook, you name it, I do it. I don’t get to stroll on the beach and take sprawling photographs whenever the mood suits me. Instead when I need to practice, I practice on her.

I joke this cat is taking me places but the truth is she really does have a little fan base out there on the internet.  She made her debut on Mashable.com after she was featured on the Instagram blog and most recently seen in VSCO’s Best of 2012 Animals.

She is not a huge fan of the camera so getting her best side can be next to impossible. I have to fake her out most of the time with a cat toy in one hand, camera in the other. I’ve tried changing cases on my phone and that actually works the first few times. I even tricked her using a camera embedded in my daughters Barbie doll. 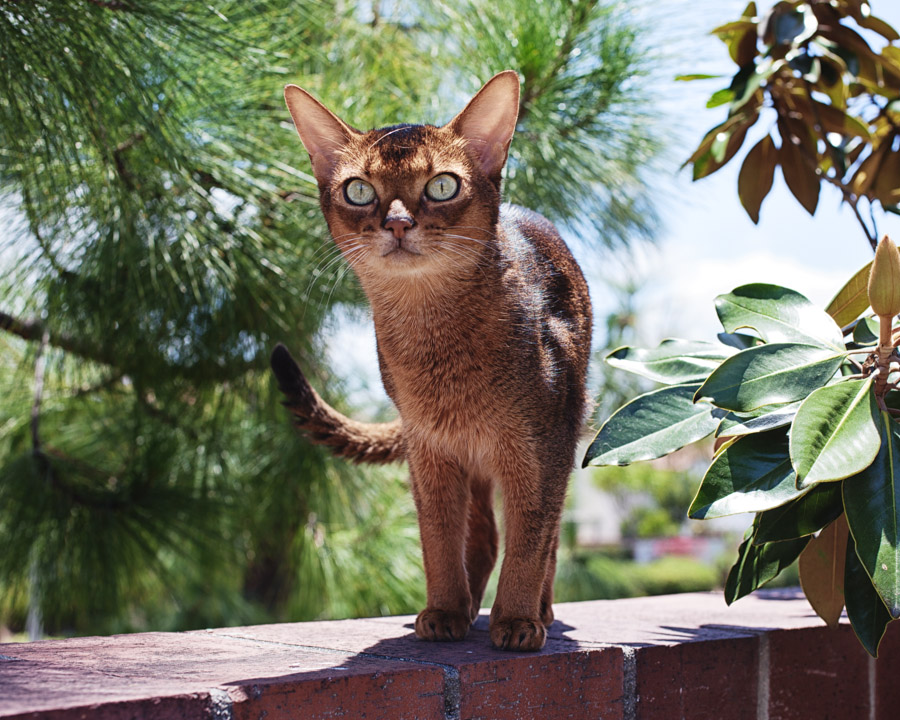 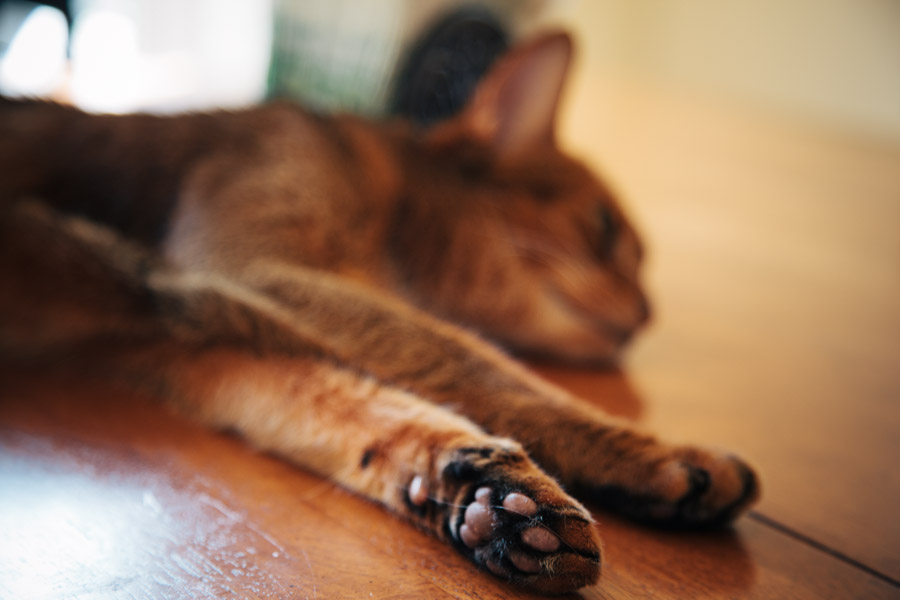 I try to capture other parts, not just her emerald “python eyes” as I call them. I know she won’t be with us forever and I don’t wan’t to forget her soft paw pads or her 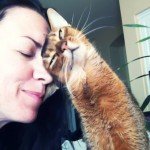 flickering black tipped tail. Photos like this one remind me of Deidre’s post about her cat George, it hurts to know that over two months have passed since he disappeared. Sometimes they leave and they don’t come back. So hard to say good bye, I know I won’t handle that day well.  Weebee is an indoor cat, be we take her outside daily, she just can’t free roam as we share the hills with hungry cat-loving coyotes. A part of me thinks she could hold her own, she’s a pretty tough cat, but I think she’s worn out a life or two already.

I think other cat owners will agree with me you need endless amounts of patience when working with cats. They are so on their own schedule and seem to turn away from the camera quickly. You almost need a camera lying in wait in every room so when you see that light and that moment you can grab and shoot.  You often wonder can there be another angle another way to shoot the same cat I have been photographing for ten years? The answer is always yes.

I’m a sucker for the cats in the Mortal Muse Pool, especially Linda’s, I feel like I know the younger Parker Posey… and the beautiful Annie Fannie, all rock star cats in their own right.

Suzi Marshall’s black and whites of her, well… black and white cats are also some of my very favorites. She gets the contrast just right! Read a conversation with Suzi here. Is your pet your muse too? Please tell me I’m not the only crazy cat lady here.