Photography in Restaurants: Yea or Nay? 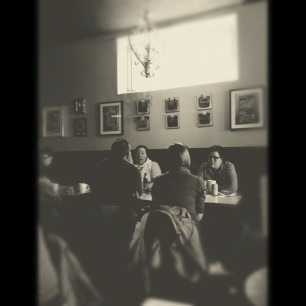 I’m on record as a lover of food photography, as are many of my fellow muses. As much as I love to photograph food that I make and eat at my kitchen table, I also love to capture food culture — the preparation and enjoyment of food — including by taking pictures in restaurants.

I know I’m not alone in this. Sometimes the mood strikes and we’re just inspired to take out our phones and capture the moment and the meal. 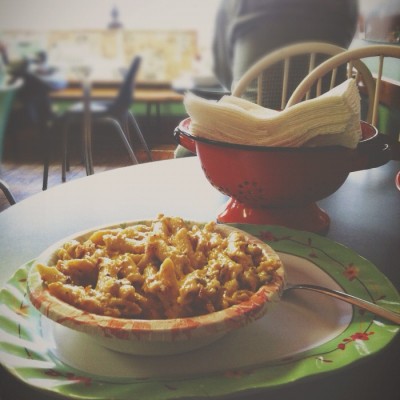 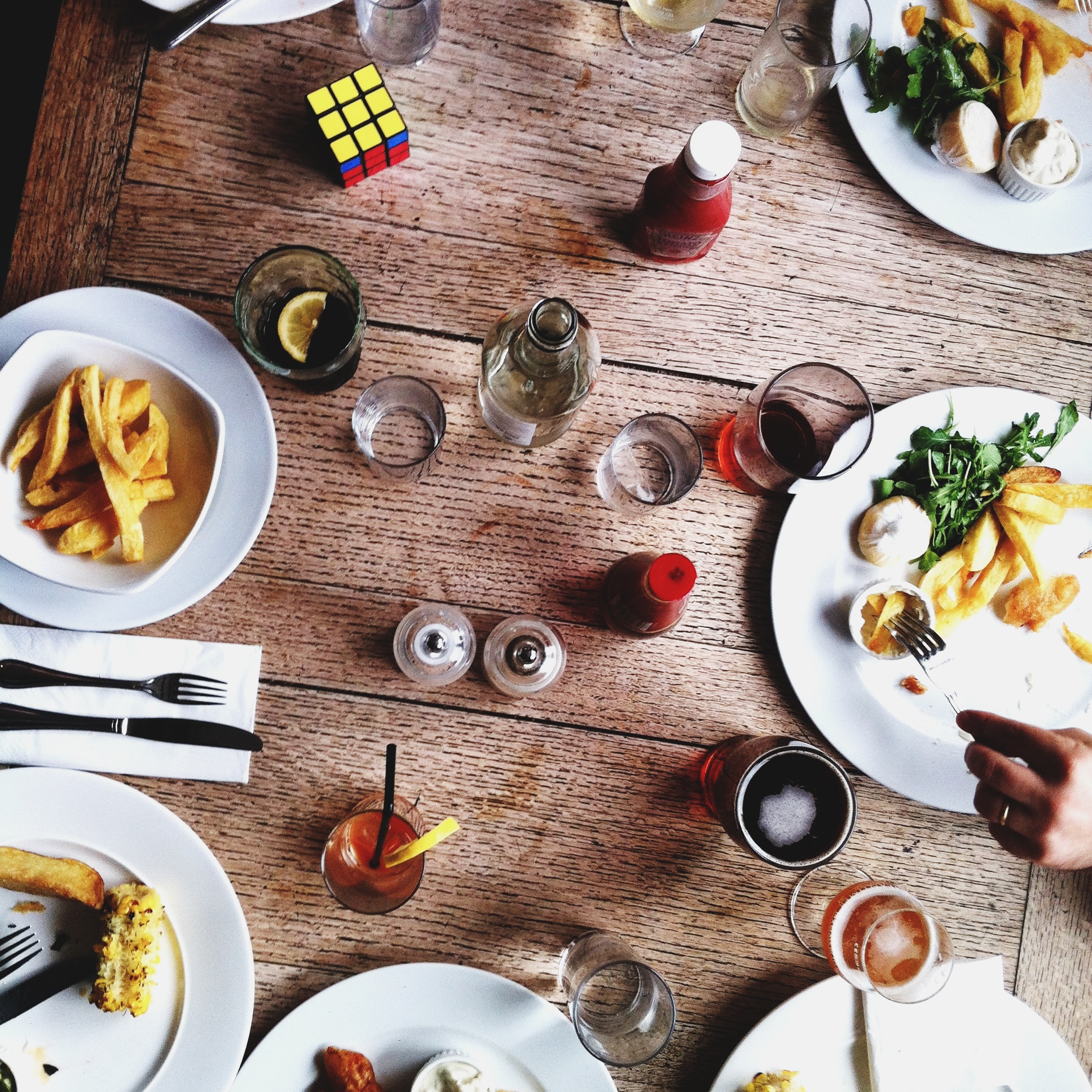 However, there seems to be a bit of a controversy brewing about photography in restaurants, as described in this New York Times article.

When it comes to people taking photographs of their meals, the chef David Bouley has seen it all. There are the foreign tourists who, despite their big cameras, tend to be very discreet. There are those who use a flash and annoy everyone around them. There are those who come equipped with gorillapods – those small, flexible tripods to use on their tables.

There are even those who stand on their chairs to shoot their plates from above.

According to the article, some chefs have gone so far as to ban photography — even with mobile phones — from their restaurants, including celebrated chef David Chang.

Some argue that photography in restaurants can be distracting to other diners. For my part, if you’re in a casual restaurant with lots of movement, it is difficult to imagine another diner being so distracted by photography that it would affect their enjoyment of the meal. Similarly, phone photography can be discreet enough so as to not disturb anyone, even in a fine dining establishment.

I understand that some chefs forbid photography of their dishes to prevent others from copying their dishes and plating style. While I take the point here, I expect that most diners are photographing the dishes in an homage to the chef or to mark the moment, not as a culinary study aid (though the food industry can be cut-throat so it’s not totally out of the question).

The article also speaks to the irritation that folks in the photographer’s own dining party can feel as they are instructed to leave their plates untouched until they are properly captured. I’ll admit that this point hit just a little close to home. I’m sure that my friends would have liked to just dive into this charcuterie board but they were kind enough to indulge me as I instructed them on where to place their hands so that I could get the shot I wanted. 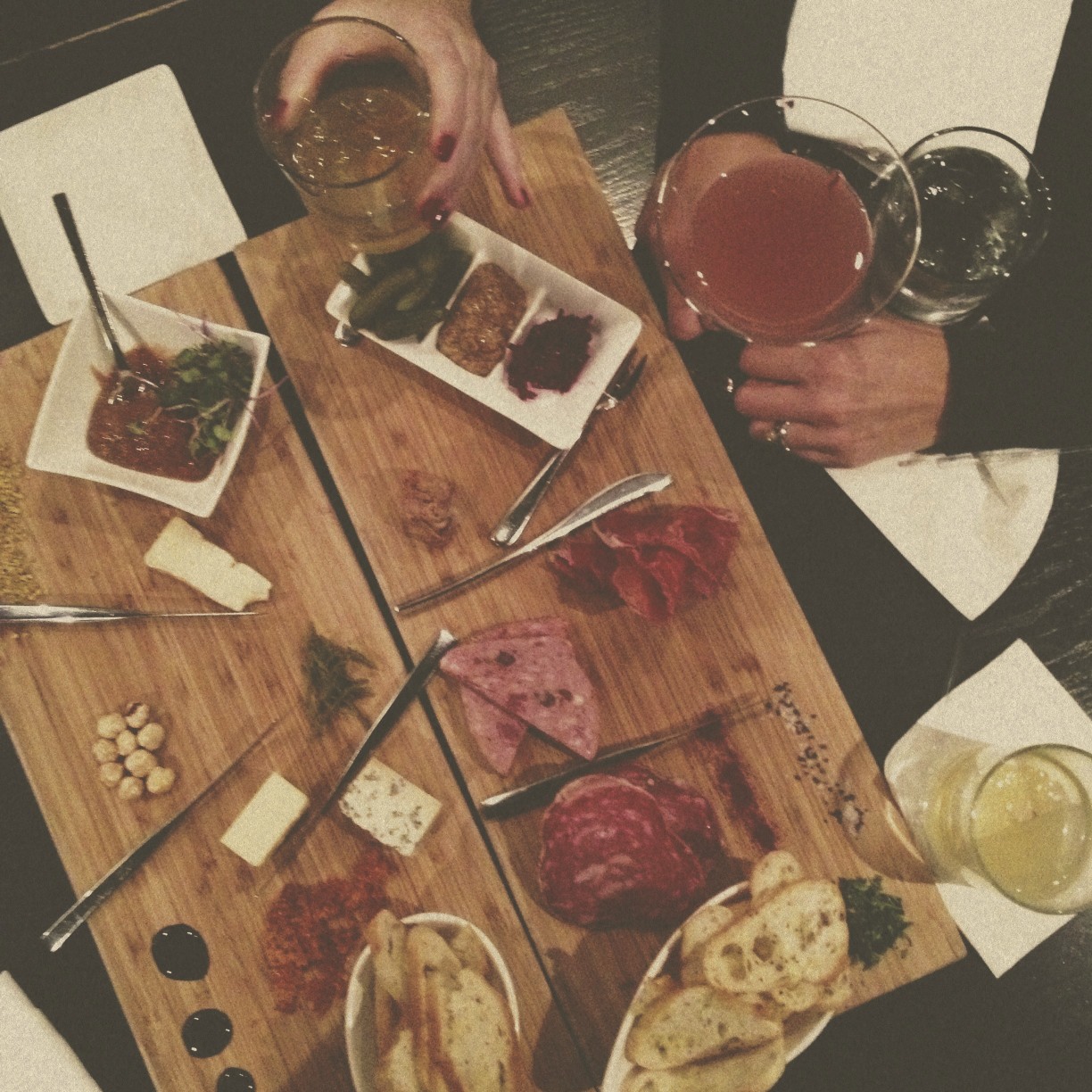 Really though, can you blame me?

I admit to giving into the urge to photograph restaurant food. In fact, I admit to taking some really bad photographs in restaurants. You’ve been there, right? The waiter sets down a beautiful dish of food or the barista hands over a latte with some mind-blowing foam art and you feel that pull to photograph it and show this beauty to the world. I’ve had this urge. I’ve taken out my phone and been ready to shoot… But the unfortunate reality is that often the best lighting for dining is the absolute worst lighting for photography. After having taken a few of these terrible-looking shots of beautiful food — shots that I knew I would never share — I reminded myself that I am a photographer. My photographer’s desire to make a beautiful picture sets me apart from the person at the next table using the flash on her phone to take a grainy photo of her sushi to share with her Instagram followers.

So when it comes down to it, I vote Yea for photography in restaurants, but for me that means being disciplined in choosing to shoot only when I can make photographs that honour both myself and the food that has been prepared for me.

Looking for inspiration for mobile photography in restaurants? Bonnie Tsang, Nicole Franzen and Jen Causey do it consistently well.

What about you? Do you shoot in restaurants? What’s your shooting style? Are you a stealth-shooting, phone-holding ninja or an art-directing, stand-on-the-chair type?