Posted 10 years ago by tumbleweedineden 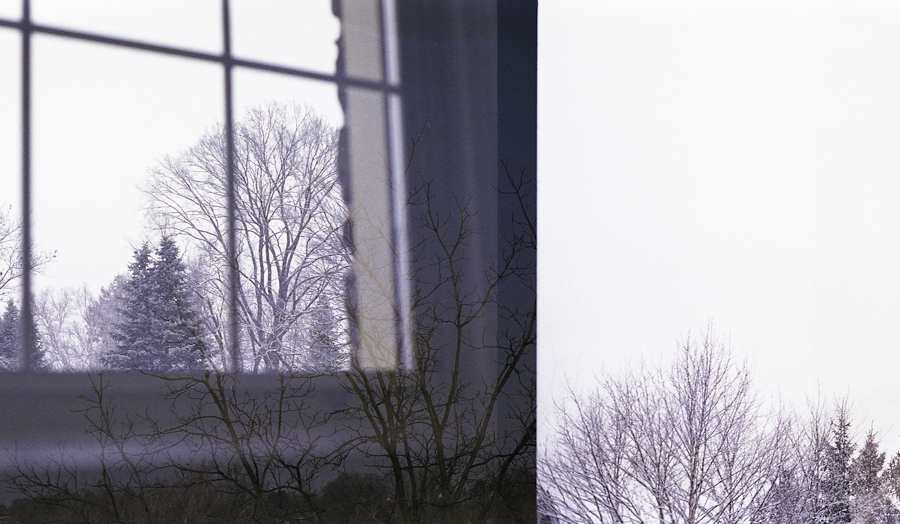 Nicole White (who you might remember from a conversation here and know from flickr) and I had long discussed trying out a double exposure project. The one we wanted to try involved taking turns shooting through the same roll of 35mm film. I can think of this example that really intrigued me to finally put me over the edge and try it: http://35mmdoubles.blogspot.com/.

After the first person finishes the roll, the second person loads it up and shoots over it, with or without knowing what was shot the first time. Nicole and I did not discuss her shots, as should be clear from the resulting images here. She went first, and then mailed me the film, which I put into my minolta x-370. We learned a couple things for next time:

1. If it is important to you, you should try and mark where the film went into the sprocket’s pickup teeth so your frames line up.

2. We’re going to try landscape orientation only next time.

3. If you want the other person’s photos to show up, shoot against things that aren’t light or white like I did. We lost a lot of shots because I happened to shoot this roll over a snowy weekend. At least, I think that is why we lost them!

And another general tip:

1. If you have a camera that automatically rewinds, you need to also have the film lead retriever to get the film out when it gets sucked back into the canister. You can buy one for maybe $5 or ask your local lab to help you out.

I hope to have more tips for you as this project develops, but honestly, this was our first time and we were very spontaneous about it. I think we were so excited to do it, we didn’t talk, plan, or research much, we just kind of went for it! I think the first (top) one is my favorite. We both shot trees and I just love the sort of inverse effect we got. And the stream shot too: her fall color shows up in the bottom of my snow lined stream. That is where you can see how it would have been even better if we’d lined up our frames.

Have any of you tried this or plan on trying it? Be sure to share with us in comments. 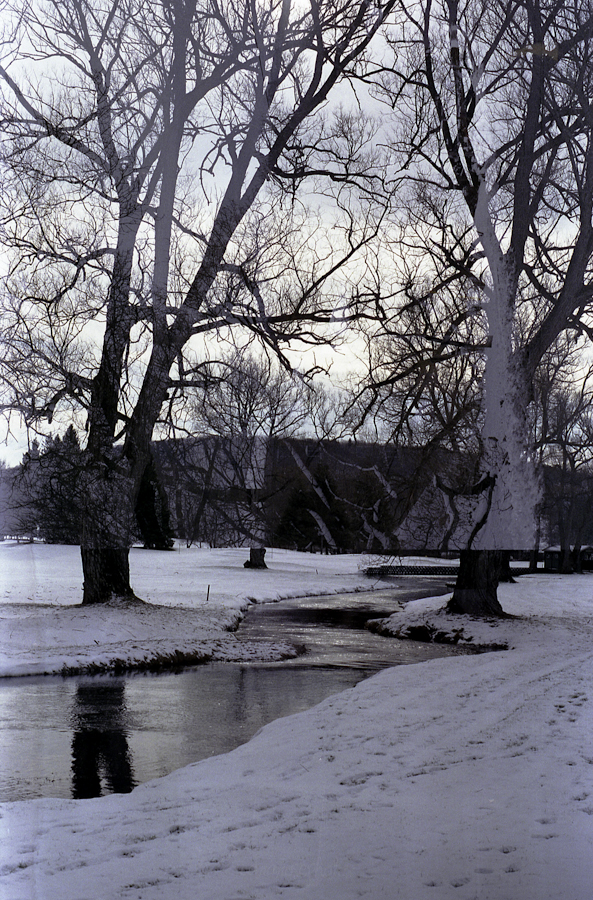 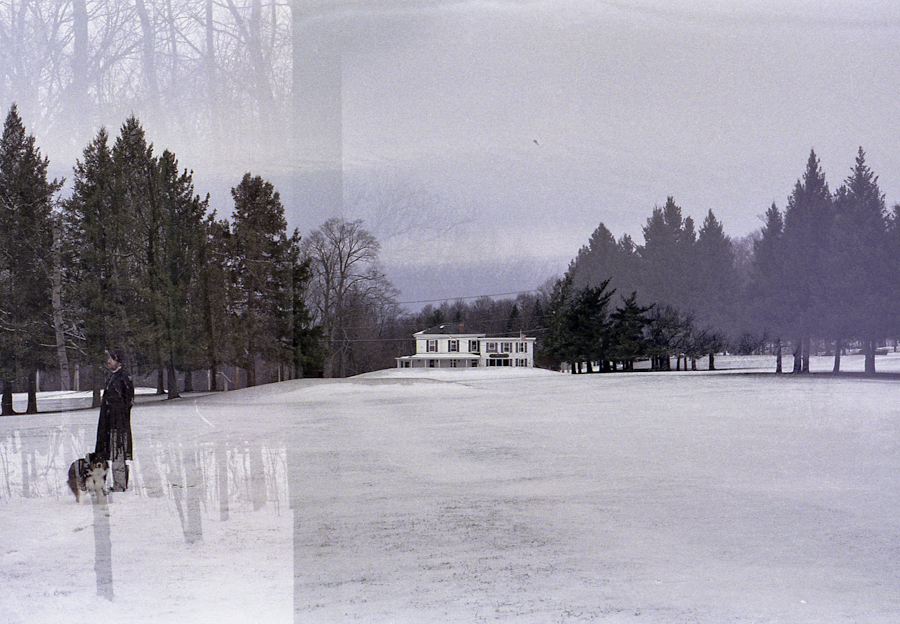 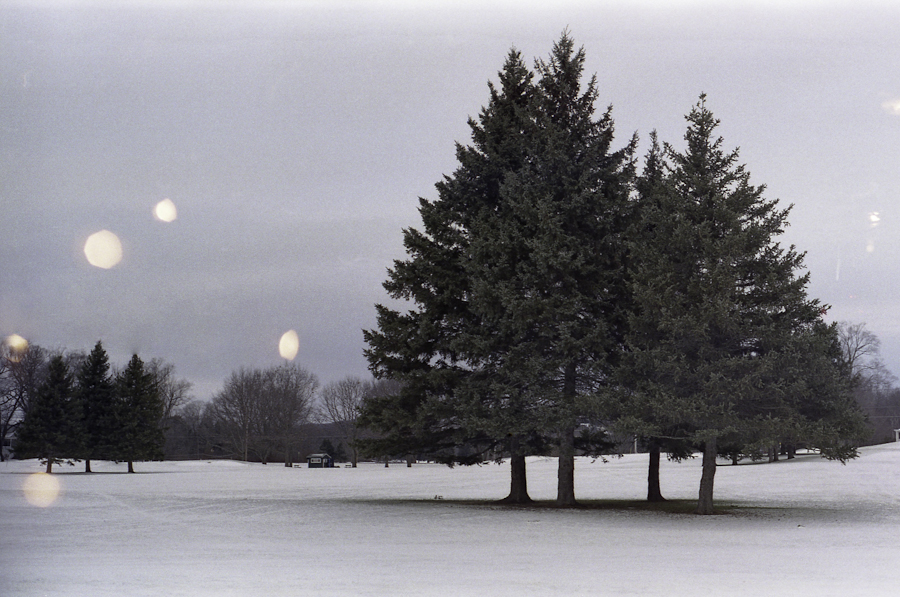 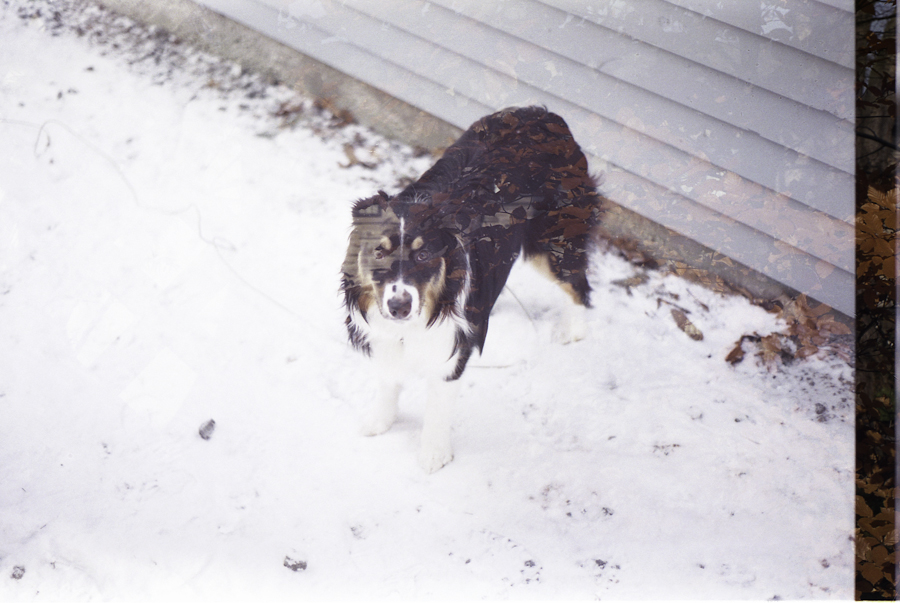 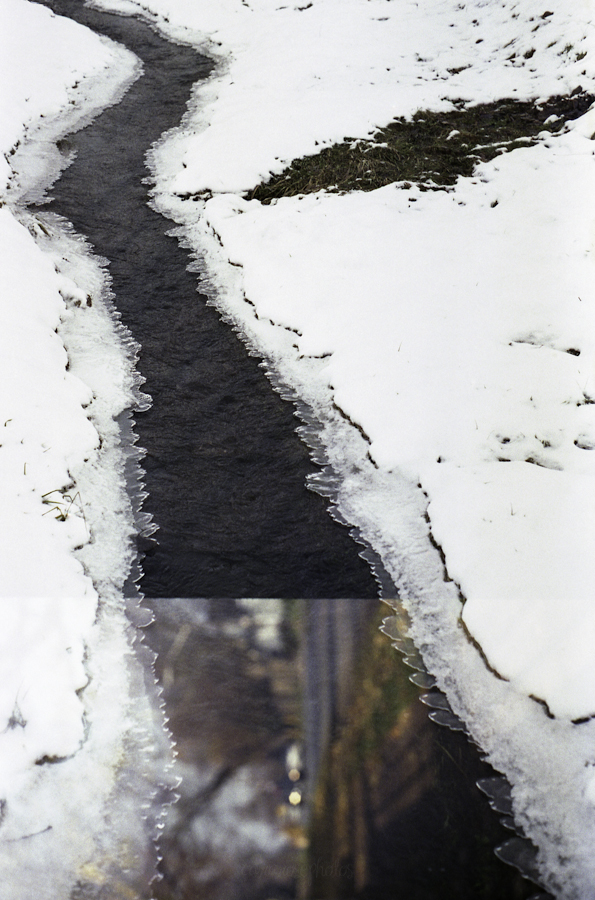