“Scan all your 35mm film photos easily using your smartphone” This is what Lomography promises that their new smartphone film scanner can do. Have they succeeded? That remains to be seen.

I have been shooting film for years without scanning my own negatives, for two reasons: limited workspace in our apartment and no time and, to be honest, no desire to learn enough digital photo editing to get the colours of the scan right. The Lomography Smartphone Film Scanner solves the first problem but not, so far, the second.

The scanning process
The scanner is small, light-weight and extremely easy to operate:

The scanner consists of a base, three stackers and a top part. The base contains a light panel, two AA batteries, a film slit and a wheel to advance the film. The top part consists of a clamp with which to fasten your phone and an opening where the camera lens goes. The stackers go between the base and the top part; you want to use just enough stackers that the distance between the camera and the film is as small as possible while leaving the camera able to focus. Using two stackers is recommended for iPhones, and works very well with my HTC as well.

Once the scanner is assembled, all you have to do is to switch on the scanner and the camera on your phone, insert the film into the film slit, and voila – as you advance the film, each exposure will appear on your phone screen ready to be photographed.

After scanning: what now?
As expected, this is where I ran into trouble.

Lomography have promised us an app to go with the scanner, which supposedly will make it very easy to invert the negative image and fix the colours. The app is an important reason why I backed the Kickstarter in the first place, so I certainly hope it will be as easy as they say – but my recent experiences with the alternative app they suggest and with Photoshop make me realise what a big task Lomography has taken on with this.

Black and white
I figured I’d start with the easiest – black and white film – so I dug out the only black and white roll I have ever shot (from back when I was a teenager and went on a trip to a cabin in the forest with some friends). Scanning and editing this was exactly as easy as I want it to be.

Here is the original scan: 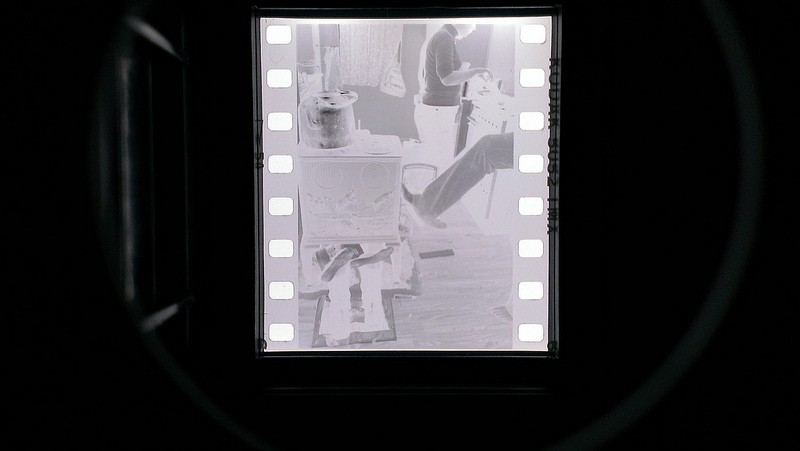 Lomography recommends PhotoEditor as an alternate app, so I used this to convert the image with the Invert filter under Effect: 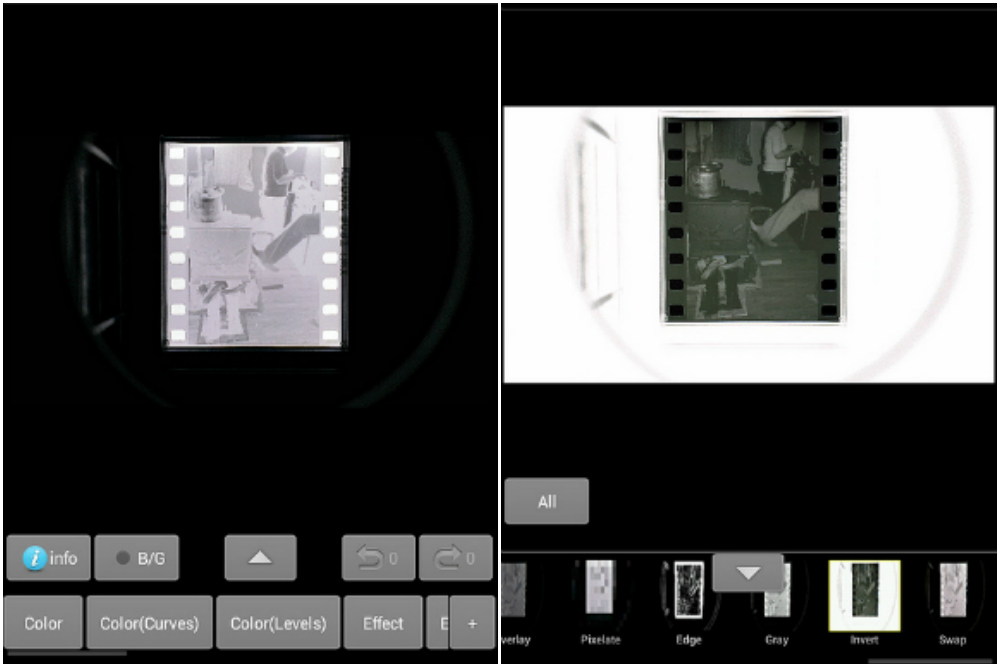 A final crop and the resulting image looks like this, nice and sharp and entirely good enough quality for me: 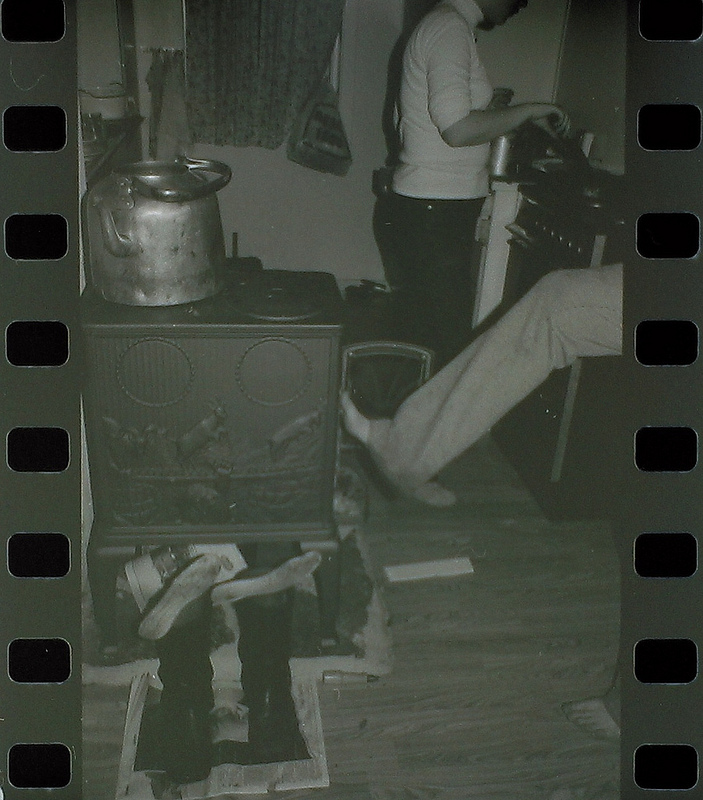 Colour
This is where things get difficult.

Here is the result of a colour negative scan after I applied the same procedure in PhotoEditor as described above: 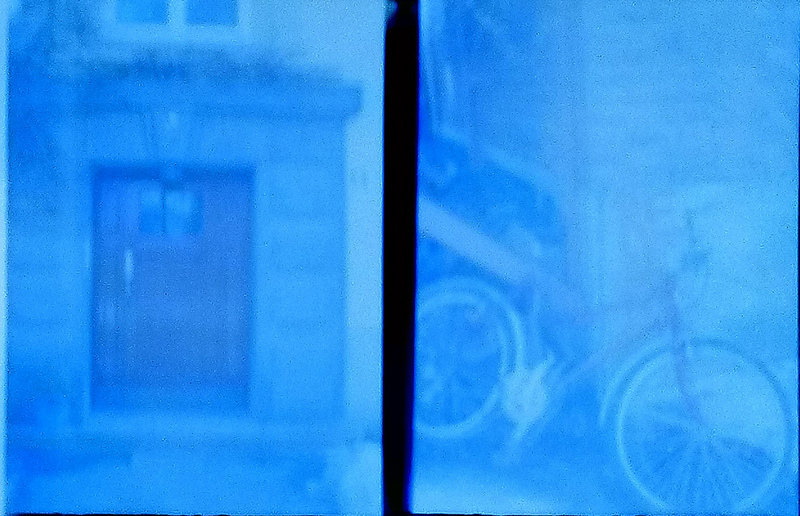 No matter how much I tinker with the white balance settings on my phone or with colour adjustments in PhotoEditor, I cannot get a satisfactory result.

After scanning some more negatives, I even went so far as to download a trial version of Photoshop, in spite of being a Photoshop novice entirely. After much frustrated cursing, trial-and-error and googling for tutorials, I ended up with this, which is the result of inversion + following this white balance correction tutorial. 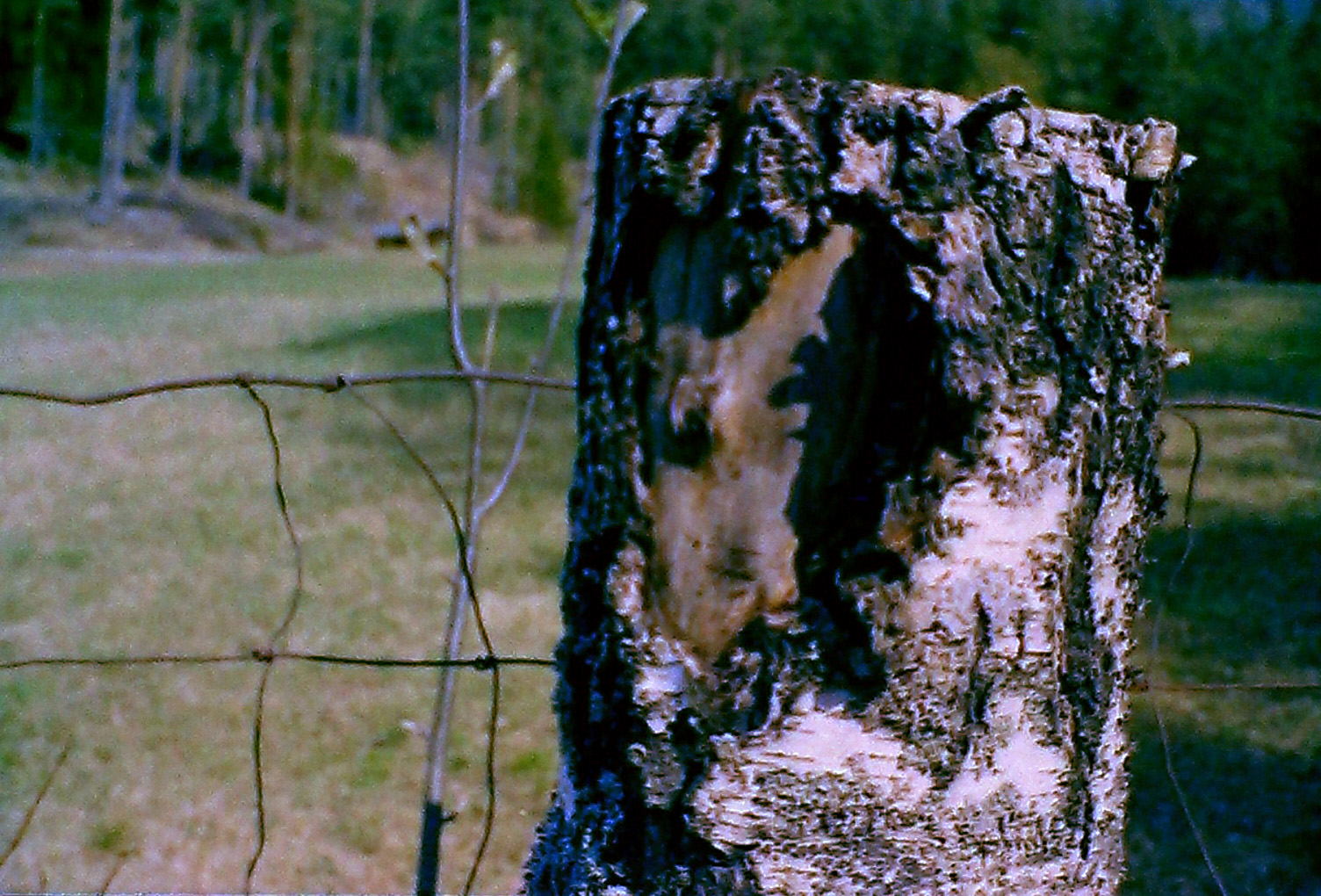 I guess I’m happy with this, even though there is a slight blue cast to the image that I haven’t been able to get rid of.

To sum up: the Lomography scanner is delightfully easy to use and takes up next to no room. If you have an iPad or similar, you can even use it to scan medium format film. If the app does what it promises, Lomography have succeeded very well indeed. If it doesn’t, I’m no worse off when it comes to digital editing than I would have been with any other negative scanner.

I would love to hear how other film users solve these issues – do you scan your own negatives? Any tips and tricks I should know for making the colour conversion easier?

— All the best from Jenny.