We’re All Strangers…Or Are We?

Posted 9 years ago by urban muser

I got my first iPhone in 2010 but didn’t really start seriously shooting mobile photos until early the following year. I remember when I first discovered the work of Greg Schmigel on Flickr. I was amazed by his ability to capture real and raw moments on the street, and when I realized his work was shot and processed entirely with an iPhone, I was hooked. I went to see Greg give a talk about iPhone street photography at the Apple store on 5th Avenue in NYC in March 2011. I was too shy to ask any questions or introduce myself at the time, but I recently reached out to Greg via email and he kindly accepted my request to do this interview about his love of street photography and his recent street portrait project “We’re All Strangers.” 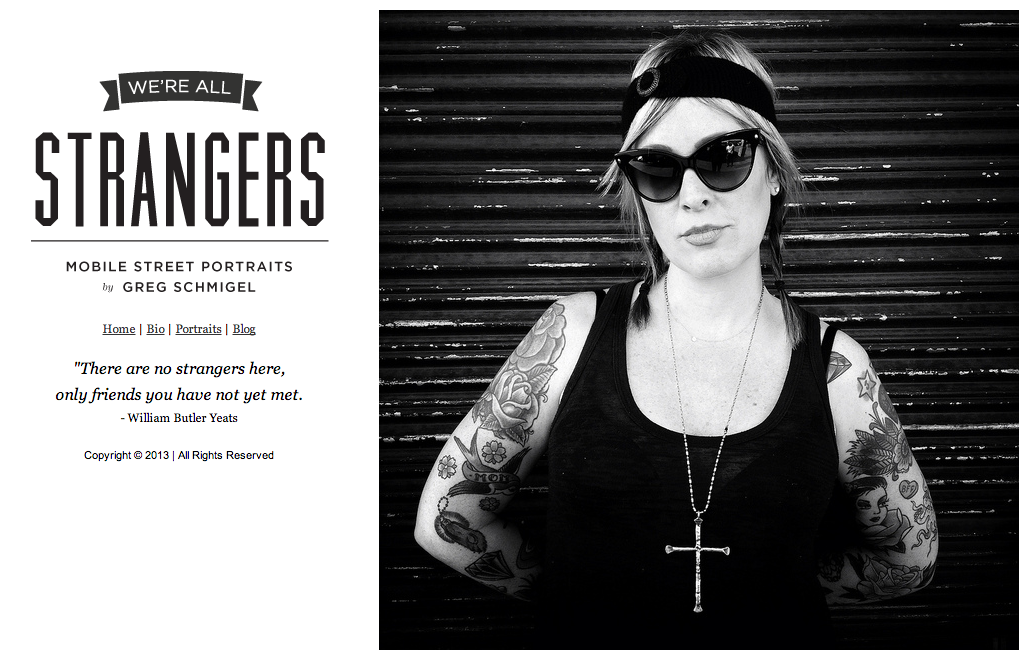 1.   I really want to hear about your “We’re All Strangers” project, but first let me ask you for a little background. Tell us about yourself and how you first got into street photography. And what led you to the iPhone as your camera of choice?

I was officially introduced to street photography by a friend/photojournalist around 2005. At the time, I had long appreciated that classic, black-and-white, candid style of street photos. But to be honest, I really knew nothing about it, its history or its pioneers. I just knew that I liked it. Around that time I wasn’t creating street images. Mostly, I sought out images of classic urban decay or anything I could find without people in it. I was shooting with various cameras then, mostly lower end DSLRs and point and shoots. It wasn’t until late 2007 that I started to focus on using the iPhone (iPhone 2G) as a primary camera of choice. And it wasn’t until 2008 that I took on using the iPhone for street photography. 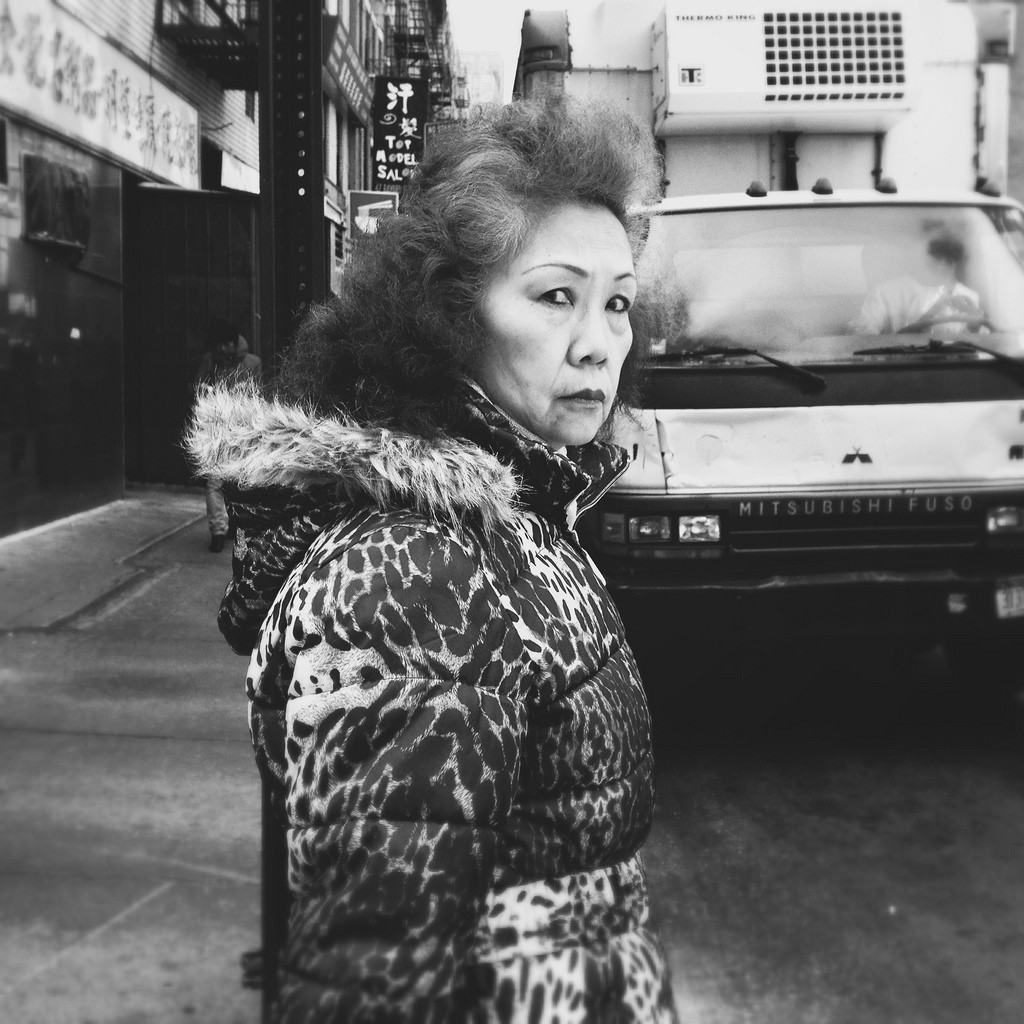 2.    You are known for your compelling candid, black & white street photos and your ability to quietly shoot and capture real people in the moment.  So I have to ask, what led you to start the “We’re All Strangers” project (where you are actually interacting with your subjects and asking their permission)?

I have been shooting candid style street photography for the past five years. And I feel very comfortable shooting street nowadays. But I also believe that as artists, no matter how content or satisfied we are with our work, we are always seeking something new. For me, We’re All Strangers came about as a result of inspiration from other photographers who were shooting street portraits, AND the desire to meet some of the candid subjects I was capturing. I wanted to step out of my normal candid mode and try a more socially interactive mode with these subjects. As for black and white? There are really no specific reasons for the majority of my work being shot in black and white. It’s just what feels right to me as an artist. I think some if may have to do with the fact that I was introduced to street photography in black and white and it just stuck with me. But just this year, I’ve begun sharing some of my work in color on Instagram, if you’re interested. 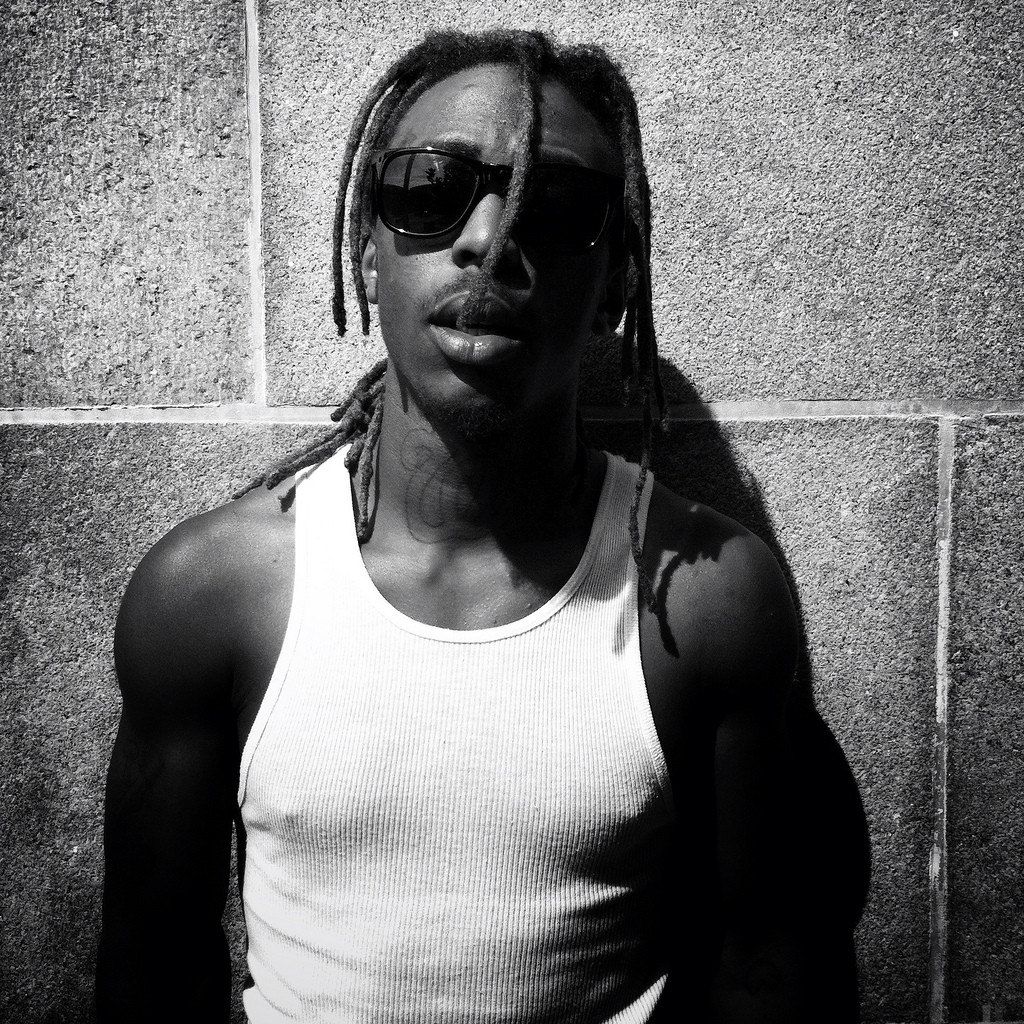 3.    What is it like asking random strangers on the street if you can take their portrait?

At first? Intimidating. Very intimidating. And it still is some times. I was intimidated when I first started shooting candid street photography. So imagine walking up to that same stranger and asking them for a portrait, I wasn’t sure if I would have the nerve to do it. But then, one day, it just happened, and I found myself in conversation with my first subject. I’ll always remember her. Her name was Tina, and I met her on the corner of Sullivan and Prince Street in New York City. 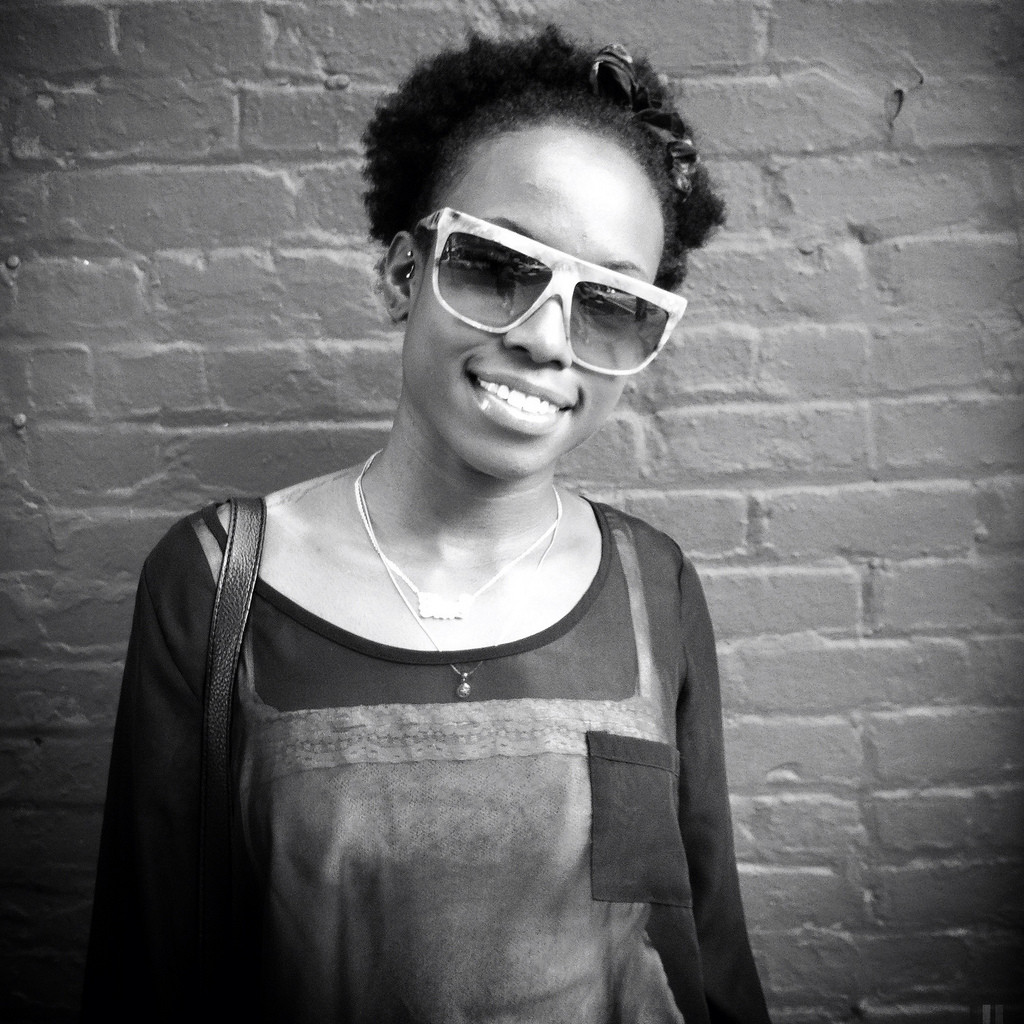 4.    What do you say to them? I have long wanted to try this but I am too afraid! Any advice for those of us who want to try to approach someone but lack the confidence?

I have a “routine” intro statement I’ll give the subject. Something to just break the ice as to why I’m even bothering them. Usually, I will offer a handshake and introduce myself. I’ll let them know that I am a street photographer and portrait artist working on a project. And then I’ll let them know “why” I stopped them. This is usually something unique about them that attracted me to them for a portrait.

One other thing I always keep in the back of my mind when approaching strangers is that these people are actually just acquaintances I don’t know. If you’ve been to my site, www.wereallstrangers.com, you might notice a quote that’s been there since day one. William Butler Yeats once wrote, “There are no strangers here, only friends you have not yet met.” That’s something I live by when shooting street/stranger portraits. It helps with the nerve of approaching a perfect stranger. I mean, in the end…they’re just friends, right? Friends you haven’t met. 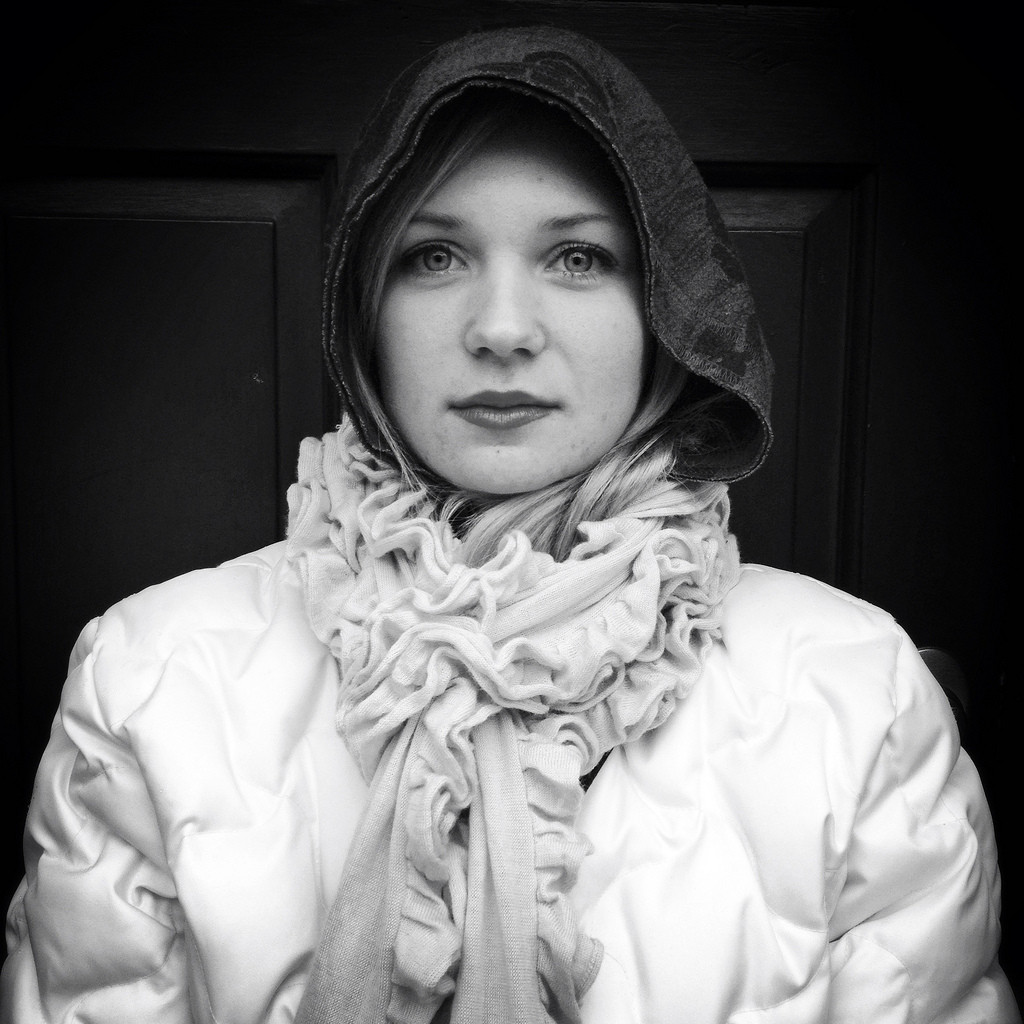 5.    Do you have a favorite portrait(s) from the “We’re All Strangers” series? What, if anything, is the story behind it/them?

I have a few favorites, those I’ve shared here. Recently, I spoke at Apple’s Grand Central Store and a similar question was asked. I’ll have to say that the actual process of taking a stranger’s portrait has become almost secondary to the process of introducing myself and meeting these interesting characters. I never would have thought that this would be the case. But it’s true…I think I’ve come to get just as much enjoyment out of meeting these strangers as I do taking their photograph. Just recently, in fact, I was talking to Vic (see below) on the street in Washington DC. We we’re discussing tattoos and the conversation just kind of took off. Before I knew it, I had said goodbye and moved along, without remembering to ask for his portrait. Fortunately, he was kind to step back outside from his place of work and stand for a quick portrait. 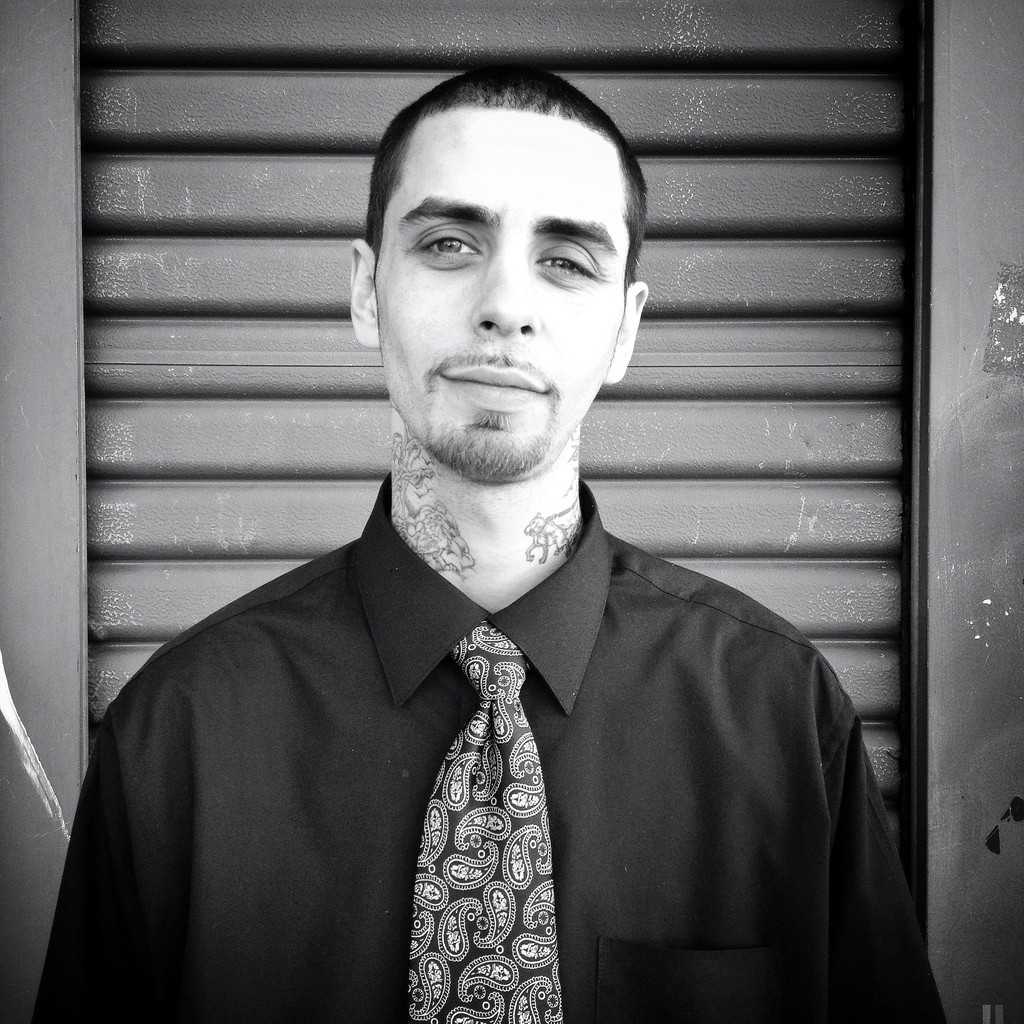 6.   What is a typical shooting day like for you? Do you start out with a street or neighborhood in mind? Are you the type to plant yourself on a corner and wait for something interesting to catch your eye? Or are you like a shark, in constant motion in search of the perfect shot? I understand you are a fan of Henri Cartier-Bresson—quoting his infamous words I’ll ask you, how have you learned to recognize “the decisive moment’?

Well, I live in the suburbs. It’s a small town just north of Annapolis, Maryland, but centrally located between Baltimore and Washington DC. So, when I do go out shooting, I’ll usually pick a city, then settle on an area when I get there. But sometimes, I’ll just wander. That makes for great unexpected encounters as well.

I’m not much of a “waiter”. In other words, I like to move with the crowd. I like to “be” part of the crowd. I think there are better shots on the inside sometimes — more personal, more expressive, more intimate. 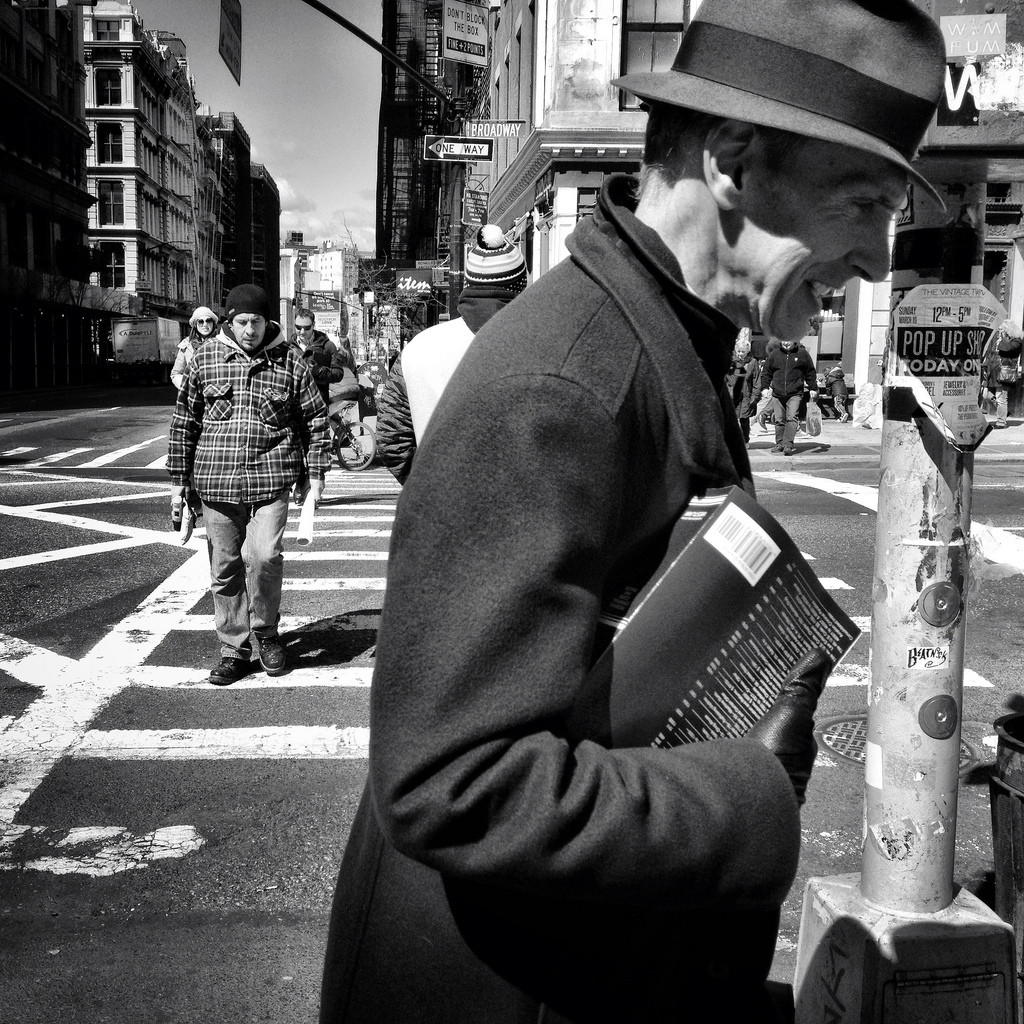 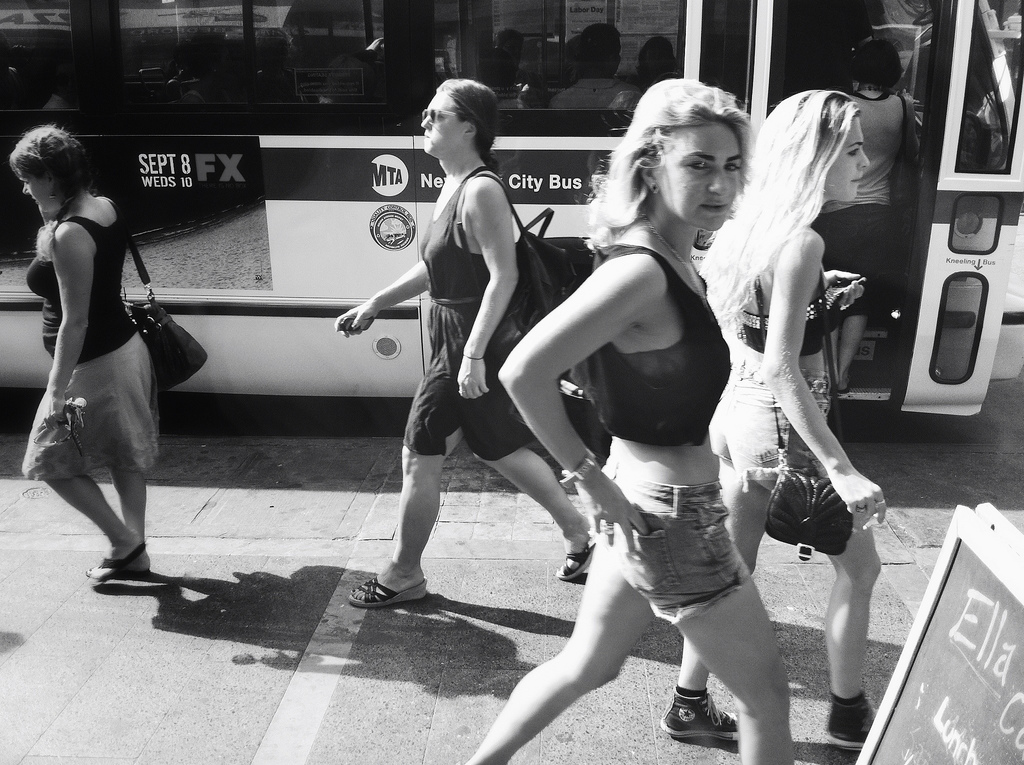 7.    If you could have one, what would your superpower be?

Hm. I’ve never really though about that. But if I had to pick one, I’d probably want a superpower that would allow me to remove or at least reduce the amount of violence in the world these days. I know it has nothing to do with photography, but it’s definitely something that could use a little attention. 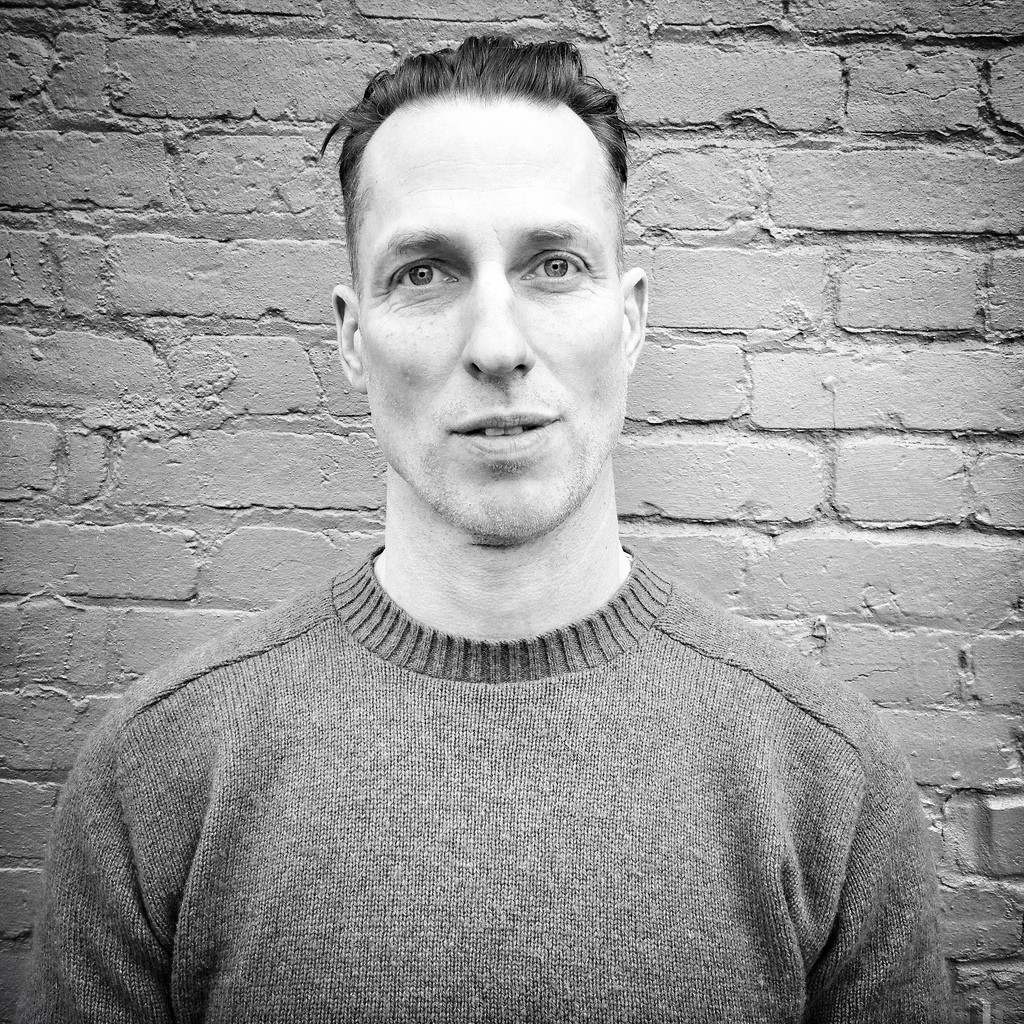 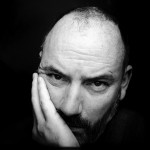 Considered a pioneer in the movement of mobile photography, Greg Schmigel captures quick, candid glimpses of everyday moments in his photographs – the lives of the people and strangers that he encounters on the street and in public places. He believes that 90% of the art of photography is about what the photographer sees with his or her own eyes. The choice of camera that he or she uses makes up for the rest. All of his photographs are created with a simple handheld mobile device – the iPhone. He insists that he is not an iPhoneographer, rather a street photographer who happens to use an iPhone as his primary camera of choice.

Greg’s work has been exhibited since 2010 with stops in Rome, Berlin, Madrid, New York City, Philadelphia, Panama City, Baltimore and Washington, DC. His work is currently on a two-year-long, 13-city, traveling exhibit through Spain along with that of with seven other mobile photographers.

While passionately dedicated to the art of mobile street photography, Greg launched We’re All Strangers in 2013 to showcase a different style of photography for the artist — mobile street portraiture. Still only equipped with an iPhone, he has set out to capture compelling portraits of perfect strangers he meets on the streets and other public surroundings. As a new direction for the artist, this project combines photography and social interaction with unique and interesting subjects. This new area of focus is an exciting contrast to his candid work as seen on his widely recognized web site, Just What I See. Continually inspired by other photographers and artists, this project has allowed him to expand his understanding and appreciation for an entirely new realm of photographic work. We’re All Strangers should be considered a living project with new portraits being captured as often as time allows.

Greg Schmigel was born in Worcester, Massachusetts, in 1969, but has spent the majority of his life in and around the Washington, DC, Metropolitan area. All of the artist’s photographs are dedicated to his wife, Suzy.

You can find more of Greg’s work online here:

Greg, thank you so much for joining us here at Mortal Muses today! Your work is truly inspiring to me. I’m hoping to get out there and work up the courage to take my first stranger portrait sometime soon!