What I Want Them To Know

Posted 7 years ago by Vanessa Simpson

I have been itching to get out and do more street shooting after my last attempt. The pull has been especially strong since reading the amazing guest posts we have had this month. But, it hasn’t (really) happened.

Hmmm, maybe when they are older.

Maybe when it isn’t like herding a cat and a squirrel hopped up on honey-nut cheerios and maple syrup, I can take them out shooting in the streets with me. For now, I will reserve this style of work for when I am flying solo mio. The only street photography I have been able to do in the past couple of weeks has been on our walks to the neighborhood park. I’m cool with that, I am.  And you know why? Spending all day,  almost every day with the kids means they see me in “the creative zone”. I am pretty sure they can tell it in my body language, the glimmer in my eye.  I like that my kids witness me with a camera in my hand all the time. Scratch that, I LOVE that my kids see me with my camera in hand all the time.

One of the most important things to me as a mom is to encourage them to be and do what moves them deep down inside. I don’t want them to have to feel like they should hush a part of themselves to please me (or anyone for that matter). I want for them to notice the beauty in the little things around them, to be stopped in their tracks when the light hits the mountains  or the ponytails of their own daughter one day flutters in the breeze, shimmering and asking to be photographed, painted, written about.

And guess what, I think it’s working.

Awhile back, I was playing around with the Yashica. This camera was once my grandfather’s, then my mom’s and now it is mine. As I was fiddling with the knobs, my son, O. asked if he could try shooting with it. I hesitated and then realized the camera’s history was exactly the reason I should and did say, “Yes”. Four generations have now photographed with this camera. How cool is that? Not only did he click the shutter, but he captured a moment of motherhood I don’t think I could re-create if I tried really, really hard. The  triple exposure he managed to get speaks volumes about those moments of parenthood where the white flag is all you can wave (or the umbrella in your drink notifying the pool boy that you need a refill.  I don’t have a pool, so that option is out… but I digress. ). 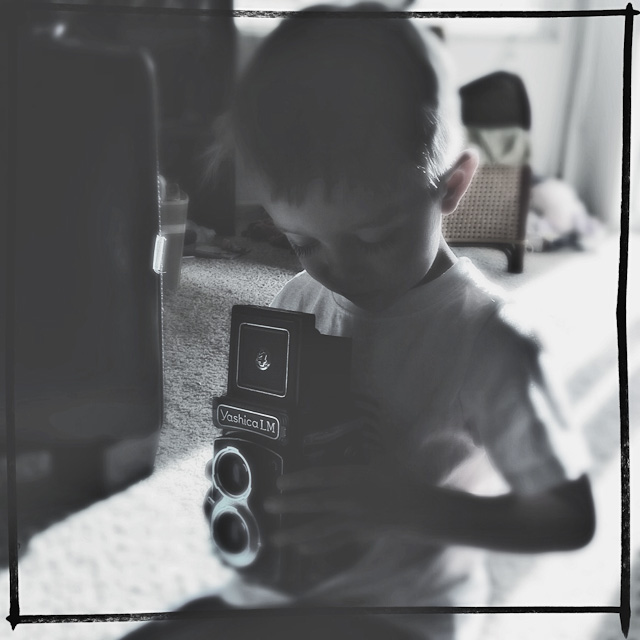 How else do I know my lessons of creativity are getting across? Lately, I have been asking O. to pose for me. He is 3 months shy of 5 years old, but I truly believe he gets what I am up to when I want to create an image. Or at least, he knows that my photography is important to me. He is sweet enough to support me in my adventures by following my, “stand this way or that.”  (most of the time, anyway). I don’t know if he (or his sister) will grow up to be a photographer, an artist, an astronaut, an engineer or a janitor, that part doesn’t matter. 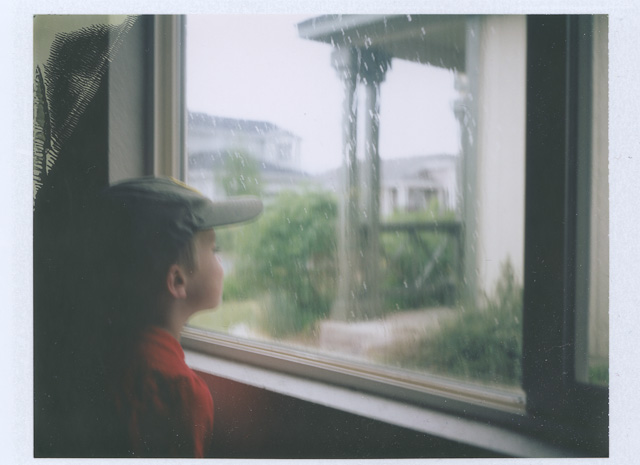 What does matter is up to them, not me. What is up to me however,  is to have them both grow to be adults who know that every time their mama stuck a camera in their face growing up, it was because not only did (does) she love them, but because she  wanted to teach them how to really see.