I’m a big fan of photography projects. As someone who wrapped up my first 365 back in April, and stepped into an even bigger daily challenge THE VERY NEXT DAY, I have seen the benefits of having a project on which to focus your attention and your lens. It’s easy to get caught up in the day-to-day responsibilities and tasks of life, and let the camera(s) lie there untouched, shutter silent. But having a project to work on regularly keeps your cameras from feeling abandoned and helps you growing and deepening your photography.

I also believe that having a photography project to work on helps keep us happy. Here’s an example. I was talking with a dear friend and fellow photographer the other day and she was lamenting to me about how she hadn’t been shooting and wasn’t using her still new-ish film camera. Her full-time job has been kicking her ass, and then after work, there are other parts of life that keep her time maxed out (you know, partner, kids, errands, blah, blah, blah). She felt bummed out that she hadn’t been shooting, something that she enjoys and is just for her. So, I suggested that she shoot just ONE photo a day on that still new-ish camera. Just one. I told her that I knew she could take one photo a day. It didn’t have to be epic, simply one photo that she took (i.e., the coffee mug will suffice as a subject!). Later that same day, she Instagrammed a photo of her buying film and tagged me in it to let me know she was taking a step. And even that helped her feel better. Then taking one photo a day, just one, is turning the tide on her mood. Because now she’s not “not shooting” and she’s not abandoning that new-ish camera. And, more importantly, she’s not neglecting herself. (Plus, look at that beauty of a camera she has!) Hailey Bartholomew focused her photography project on taking a photo every day of something for which she was grateful. Her personal pet project, 365 Gratefuls, is now a book and becoming a film. WOW!

Ardelle Neubert, a photographer in Calgary, Canada, is working to creatively photograph her sons (most days!). She is aiming to capture both the big and the smaller moments of their daily lives together. A simple project that gets her shooting daily, and appreciating her family.

Our own Urban Muser has a collaborative project, Me & You {52}, a mobile photography based project using the letters of the alphabet and an associated word as a prompt. Here is one of her photos, “E is for Eye.” As for me, I’m taking a self-portrait every day for a year with one of my vintage Polaroid cameras using instant film from the IMPOSSIBLE Project. Here’s Day 44… 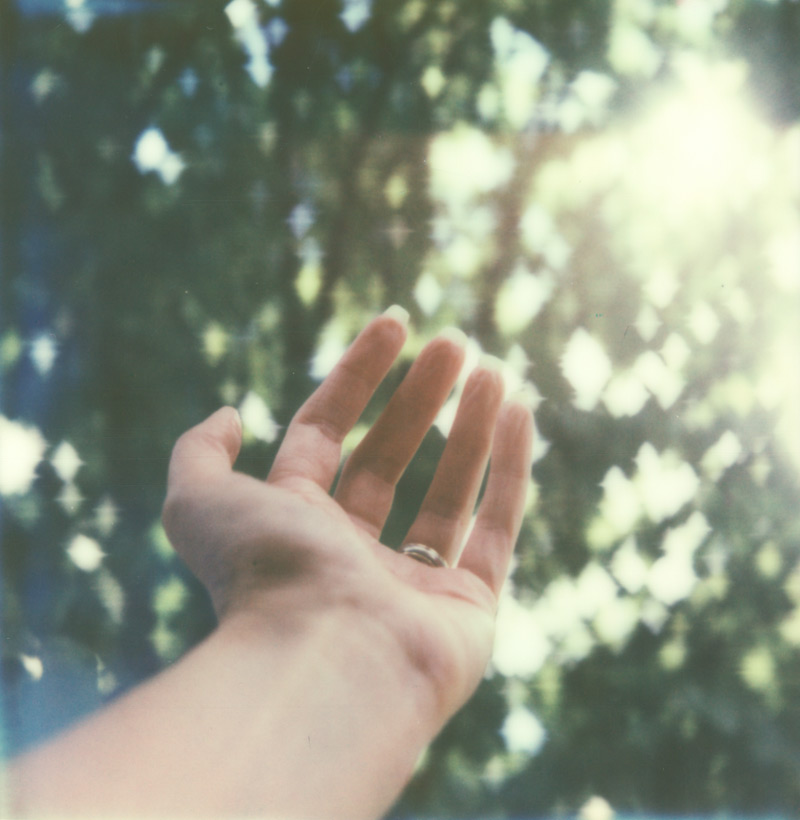 There are LOTS of photography projects to dive into. If you’re not currently working on a project and need a photographic boost, I hope this post gives you a kickstart to get going and gives you some ideas. And if you are currently working on a project, tell us about it in the comments! We’d love to hear what you’re doing and you might help inspire fellow readers to take a photographic journey for themselves.