Inspirations for a Summer’s Day 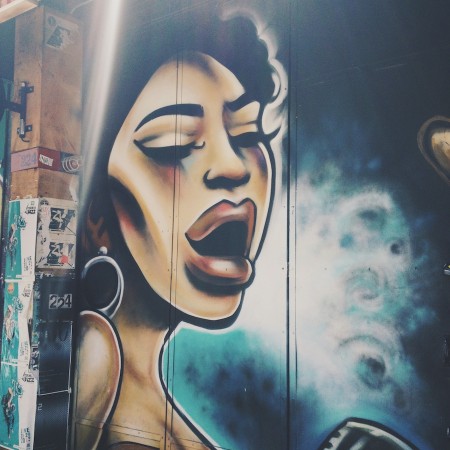 So, I can hardly believe that we are half-way through 2013! Where has the time gone? I don’t know about you but the first half of this year has just blown by me in a tornado of work and projects and general busy-ness. Now that we are well into summer in my part of the world (though you wouldn’t know it by all the rain!), I’m feeling myself start to slow down a little and look around more. I’m planning to translate this seasonal lull in the busy into more shooting time, something that has been sorely lacking in my life during the first half of the year. I was really inspired by Meghan’s post earlier this week about projects and thinking about kickstarting my photography habit again sent me to my “web inspirations” file. I have this habit of monitoring Twitter at various times throughout the workday and following links that seem interesting. Since I rarely have time to read them on the spot I send them to myself in Evernote for eventual reading and potentially blogging. I realize that it’s been quite sometime since I’ve opened that file but now that I have I thought that I would share some of these bits and pieces here today in the hopes that they inspire you as well.

I’m fascinated by this video. Artscape: The New African Photography shows photographer Emeka Okereke leading a group of African artists and photographers on a road trip around the continent, during which he encourages them to “celebrate, question and represent a continent on the rise” through their photography.

I’m consistently inspired by the folks over at VSCO. The VSCO Journal is a well-curated blog that includes features on photographers using VSCO Film, highlights VSCOCam users from Instagram and provides tutorials on their products. This past weekend they posted a list of some of the things that are inspiring them lately.

Speaking of VSCO, Kirstin had done a review/tutorial on the new VSCOCam app when it came out and I know that a number of us are working with it (and working our way through it). This tutorial, posted on the It Can be a Lover blog is quite useful and really well-presented.

I saw this story a few months ago but it has come around again (via Kirstin and Holly) and I wanted to mention it here in case you hadn’t seen it. It highlights photographer Jamie Livingston, who took a Polaroid a day, beginning in the mid-seventies up until his death in 1997. It’s a poignant look at a life lived and documented.

I find this project to be really interesting, even though the results are a bit eerie to me. Pellé Cass has created street photography composites of locations around Boston for his Selected People project. He’ll shoot 100-300 frames from the same location and then creates an image by combining the best people and animals from all of his shots.

I find these kitchen portraits by Eric Klein fascinating. By photographing the kitchen with all of its cupboards and the refrigerator open, the photographer is able to reveal a great deal about its occupant. For the record, I’m a touch terrified at what my own kitchen portrait would reveal to strangers!

I’m sure many of you followed along, as I did, with Commander Chris Hadfield’s tweets from the International Space Station. Commander Hadfield’d 140 character descriptions of day-to-day life on the ISS made space exploration much more real-life for many of us but it was his photos of earth that were truly the most compelling of his tweets. In this article he explains how he took those amazing images. And just a note, if you know anything about Canadians you know that we are unable to pass up the opportunity to remind folks of the Canadian-ness of anyone who has the kind of impact that Commander Hadfield has had. Also, I would be remiss if I didn’t link to this photo captured by fellow Ottawa photographer David Johnson as he high-fived Commander Hadfield during the Canada Day celebrations this week.

And finally, I’d like to take the opportunity to remind you that the most wonderful time of the year is but two weeks away. That’s right ‘Roid Week starts on July 15th! If you are a lover of all things “Polaroid” (or really, coming from an instant camera) then I recommend that you check out the ‘Roid Week Flickr group. The rules for ‘Roid Week are simple: Post your best instant film work, up to two images a day between July 15th and 19th, and make it work that has NOT been seen before. I know that I have been holding back a few favourites, has have some of my fellow Polaroid-loving Muses, so that we can play along with the ‘Roid Week fun. If you shoot instant film I encourage you to join the ‘Roid Week Flickr pool and to cross-post your images to the Mortal Muses Film Friday pool. We at Muse HQ are cooking up some ‘Roid Week fun of our own. If you’re not (yet) a Polaroid shooter, I encourage you to check out the pools as great inspiration is to be found there.