It’s no secret that we love anything film and film-related here at Mortal Muses, and one of the hottest things on the photography market today are presets designed to look like film. Last year Kirstin shared how to achieve a film look using presets in Film Feel, Without the Fuss while Lindsey reviewed VSCO 03 polaroid presets this past winter. Cara even sells a variety of her own film-inspired presets too. Last month Totally Rad!, the makers of Pic-Tap-Go, threw their hat into the ring when they introduced Replichrome, a series of  color and black and white presets for Lightroom and ACR based on the most popular professional film packs offered by Fuji™ and Kodak™ in their day, many of which are used by  photographers today. A few of the muses received a copy of Replichrome to learn for ourselves exactly what these presets are all about. 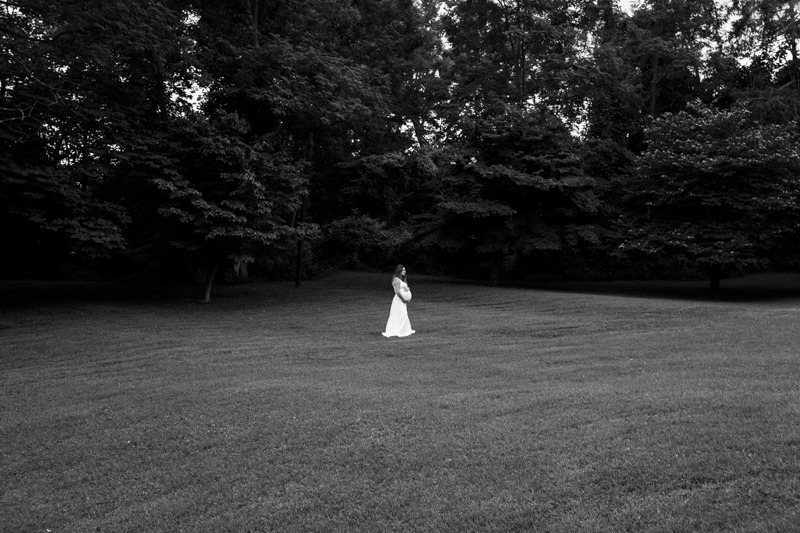 Totally Rad! took a scientific approach on their version emulating film spending the past three years on its inception. After using a boatload of film sourced from 4 different states (go Philadelphia!) and three different countries, 19 different camera models, over 4, 400 images, 2 versions of  Lightroom and 3 versions of Photoshop, four color checkers, 3,600 watt seconds of lighting, 16 different locations, 12 models, and crapload of film bytes scanned, Replichrome was born. If you like to get into the geeky side of things, you can read this detailed blog post on The Science of Replichrome here. It’s a cool read and definitely gives you an idea of all the hard work that goes into creating something like this. 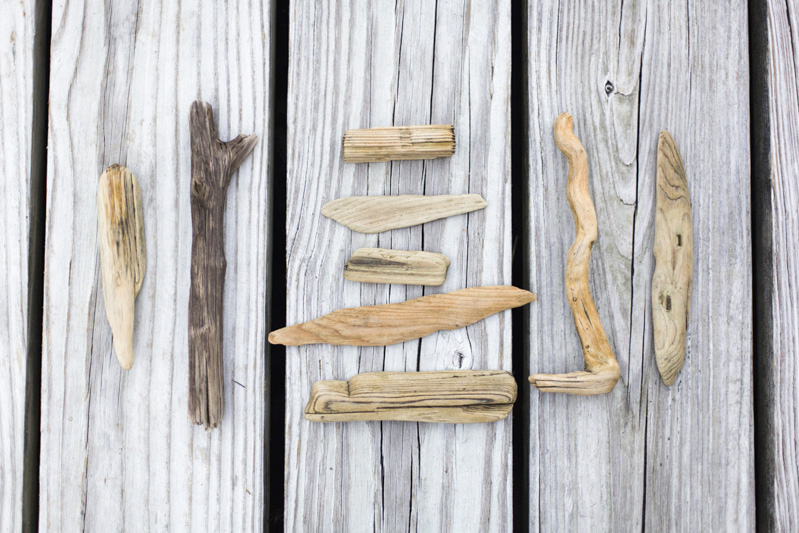 Hundreds of hours later, the final outcome gives users 13 styles of film, 9 color and 4 black and white, to choose from when editing digital RAW images (not JPGs) in Lightroom 4/5 with up to 6 variations per look. You also receive a series of workflow tools to go along with them giving you a total of 135 presets in all. When you purchase your presets for Lightroom, you get the Adobe Camera Raw 7 version for free! Please note though, that ACR 7 only works with CS6. 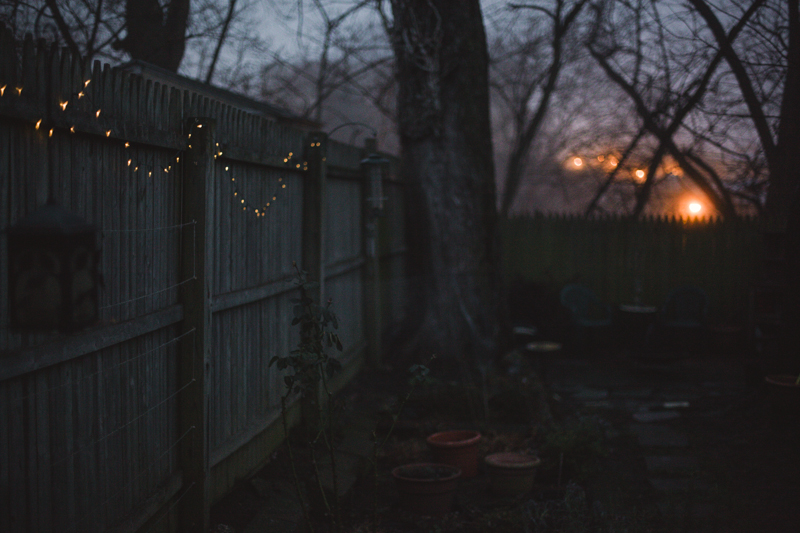 Each series of film presets have one or more variants labeled: +, ++, – or –. The symbols represent an image on film that has either been underexposed (-) or overexposed (+). According to Totally Rad!

Here’s a look at a black and white image using Kodak Plus-X 125 with the the underexposed (–, -) variants first, the preset itself, followed by the overexposed (+, ++) variants:

One thing that immediately sets Replichrome apart from other film presets on the market, is that it takes into account the scanner hardware used to digitize film. With that in mind each color preset also comes in two different scanner formats: Frontier and Noritsu. These are representations of the particular film preset that has been digitized using either a Frontier or Noritsu scanner…a game changer for sure. If you’ve shot any film lately, you have probably noticed that your images take on a slightly different look regardless of the type of film you chose. This is because  in the digital process of scanning film, each scanner holds different qualities which are passed on during the digital scan. Again, the explanation from Totally Rad!

Let’s take a look at what exactly all of this means. The following image exhibits each variant using Kodak Ektar 100: the underexposed (-) variant, the preset itself followed by  the overexposed (+) version with Frontier on top and Noritsu on bottom: 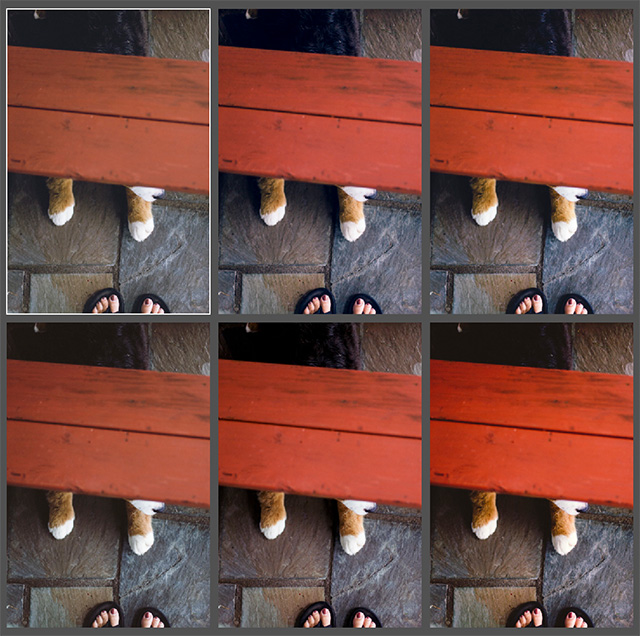 Replichrome also comes with a “Tweak Kit” or series of workflow presets that work in conjunction with the others. Included in the workflow set is the ability to adjust contrast, sharpening, vignette, darken skies, apply warm, cool and split tones to black and white images along with a variety of tone curves as well. One thing that both Kirstin McKee and I appreciate is the ability to reset the various adjustments without resetting them all.

While on vacation this summer, Kirstin McKee traveled with both her Contax 645 and her beloved Nikon D800. Before the fateful water incident, Kirstin shot several scenarios using both cameras. She has shared a comparison of her film shots taken with the Contax using Kodak Portra 400 film and it’s Replichrome counterpart. Even though Kirstin’s scans were made on a Frontier scanner, she finds that overall she likes the Noritsu scanner look even more. 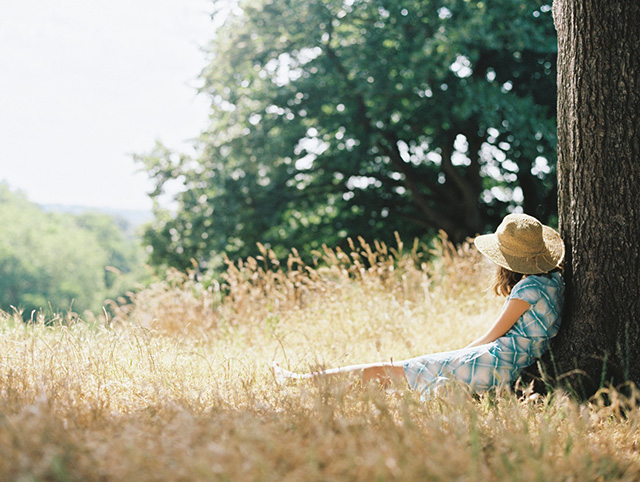 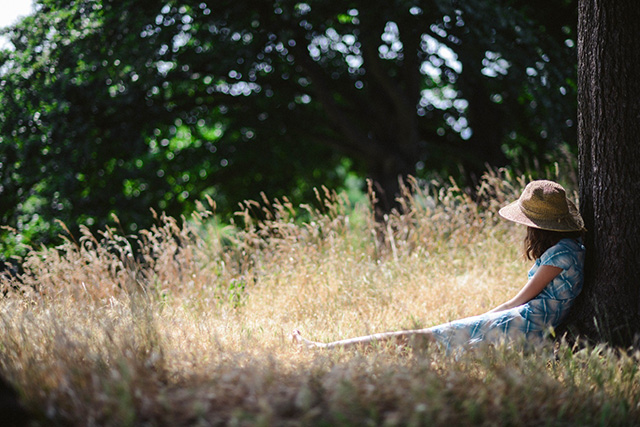 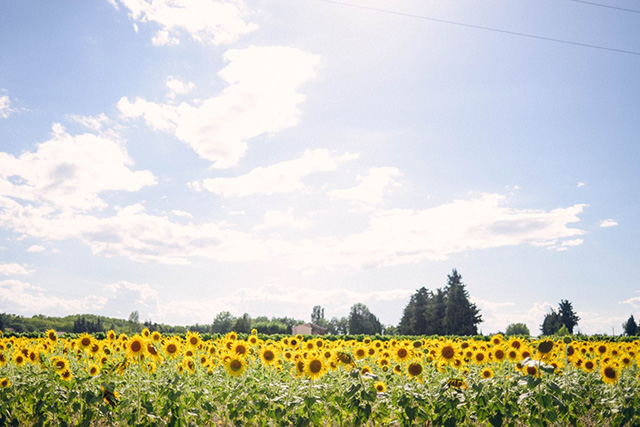 When it comes to editing my own photos, I tend to be a purist relying heavily on preset workflow tools to speed up my process after editing down the basics (exposure, tone curve, white balance, etc). My current favorite tools being Totally Rad! Basics, VSCO Keys, and the VSCO LR Film toolkits. This is a by-product of my high-volume event work where speed and accuracy is more important to my clients than creative interpretation which I save for my personal or portrait work. Although I often fall in love with applied presets time and time again on other photographers’ work, particularly when a series is being displayed, I find I have a difficult time applying similar looks on my own. So unless I’m trying to achieve a certain appearance in an image, I rarely apply the entire preset using just the camera profile since I find them generally to be too strong. 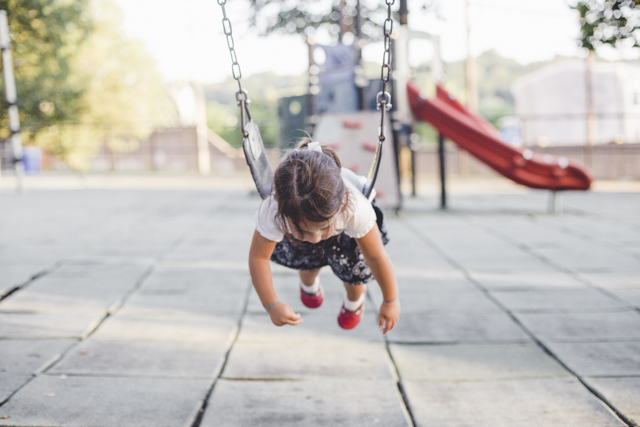 I was both surprised and delighted to find that with Replichrome, I am able to work within the confines of an entire preset without expending a great deal of effort in order to get that “look” to work for me. While editing this shoot of photographer Cherish Bryck taken last fall in the Mohave desert, I was able to find a match in the Fuji Pro 800Z Noritsu preset that subtly enhanced my image, but did not drastically change it. I couldn’t be happier with the results. 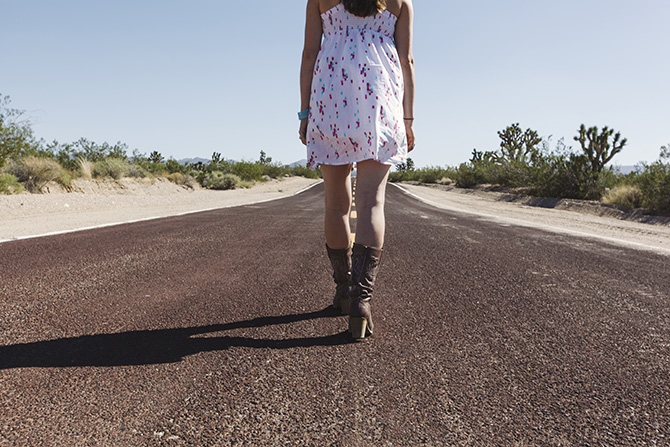 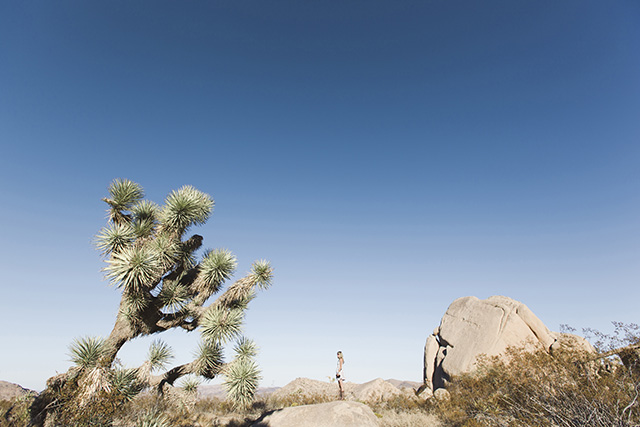 •  Replichrome in intended for RAW images (not jpgs)
• Replichrome works in LR 4 & 5 and ACR 7 (CS6)
• Convert your files to DNGs if your camera model isn’t supported (most are)
• Choose your preset first, then edit your “basics” second
• Use the underexposed (-) version for a more desaturated look
• Play with Camera Profiles without applying the entire filter for a partial look
• Enable Lens Profile Correction if you apply a vignette (avoiding a double vignette)
• Have fun!

So how about you? Do you like the  look of film? Have you used Replichrome yet? If so, share a link with us in comments so we can check out your work!

For the purpose of full disclosure, Kirstin McKee, Meghan Davidson and I were provided with a free copy of Replichrome to test with no expectations for a review. All opinions expressed in this review are our own.