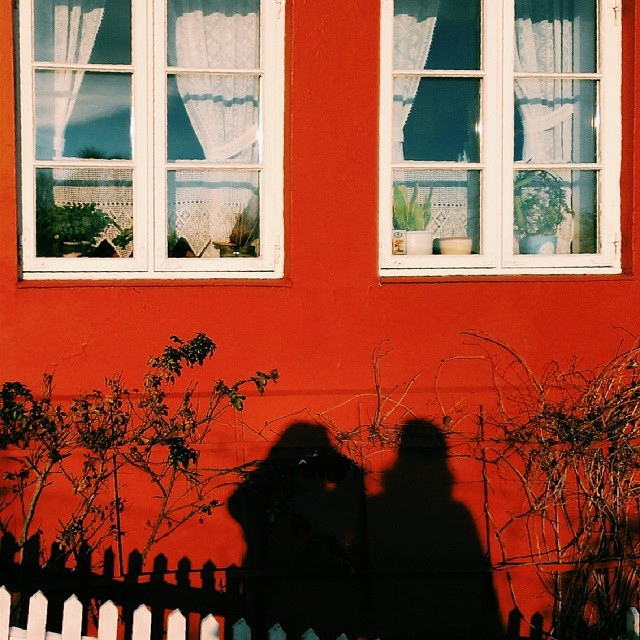 The shadows of my boyfriend and me while I photograph this charming facade with my mobile.

A recently published study in psychology is being reported around the internet with headlines along the lines of this article on slate.com called “Are All of Your Photo Memories Actually Making You Forget?”. The reports tend to concentrate on what the study’s author calls “the photo-taking-impairment effect”: the participants in the study were shown around a museum and asked to observe some objects and photograph others. Afterwards, they were asked what they remembered about the objects they had seen, and it turns out that the participants remembered less of what they had photographed than what they had observed.

So far, this sounds like bad news for mobile phone photography enthusiasts like myself. After all, I don’t want to keep shooting every day with my phone if that makes me remember less of life than I could have, right? However, the story is – thankfully – not that simple.

The study also shows, as described in this CNN article, that if the participants zoomed in, they remember more about the detail they zoomed in on as well as about the object as a whole. If a participant zoomed in on something, I assume it means that she had looked at the object and seen something worth getting closer to. And herein lies the key: observation and deliberation should come before you press the shutter.

In other words, I would argue that the study cannot be generalised to apply to every photographer and to every type of photography. It makes sense that you remember less if you point your camera towards an object, press the shutter and move on. But if you observe the object and consider what angle to approach from, look at how the light falls, decide on a narrow or a wide depth-of-field and whether to shoot landscape or portrait format before pressing the shutter, I am quite sure that you remember the object pretty well in spite of photographing it.

The same CNN article also quotes a clinical neuropsychologist who confirms that we need to engage our brain when processing a stimuli in order to remember it. Taking this point one step further on a phoneography-related note, might it have the same positive effect on our memory to spend time after shooting an image deciding which app and which filter to use for editing it?

Personally, I am not going to stop with my mobile 365 because of this study, but rather take it as a reminder to be deliberate about shooting and to be present in the moment of clicking.

Have you read about this study? What do you think? How do you experience the relationship between photography and memory? Tell us in the comments!