You may not know this about me but along with photography, I love design and decoration. My blog reader is full of design blogs and I am an avid consumer of interior design magazines, and more than a few books. A few weeks before Christmas I was scrolling through Instagram, as I do, and came across a photograph of a book in the feed of Jen Altman, a friend whose photography and design aesthetic I greatly admire. The name on the book was Francois Halard and at the time I didn’t know if he was a photographer or a designer but I knew that the cover image was so compelling that I needed to find out more. A quick peek inside the book via Amazon and I added it to my Christmas wish list. Fortunately, Santa was good to me, and since this past weekend was full of ice storms and dangerous conditions, I took the opportunity to cozy up with the book. 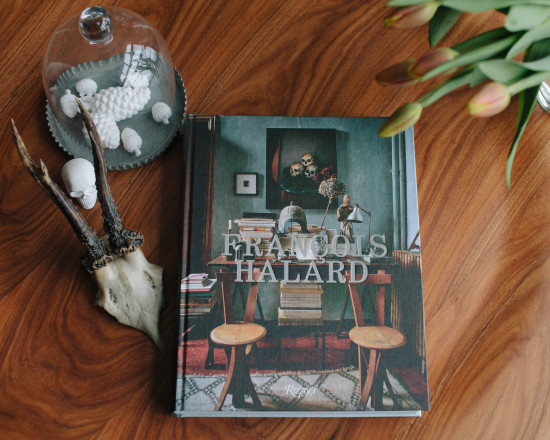 Francois Halard is a French photographer who splits his time between Paris and New York, and his home in Arles, France. His photography career spans nearly 30 years, beginning in fashion and more recently focusing on architecture and interiors, as well as portraits according to his Voguepedia(!) page. This book, published in November 2013 is a collection of images from his favourite architectural shoots. It is beautiful. Luscious. 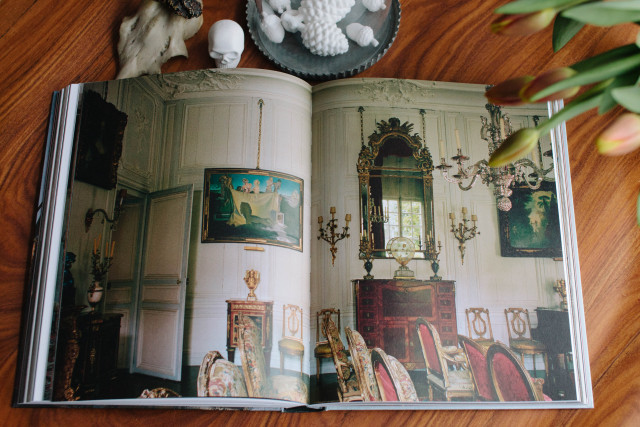 There is not a lot of information around about Halard but according to this interview in Dapper Dan Magazine, he became interested in photography at age 12, when he saw Helmut Newton photographing his parents’ home (his parents were well-known French interior designers). His first assignment in Vogue was in 1984. He was 25 years old.

The book itself feels very personal. It is a collection of images from 41 architecture and interior shoots, along with a few portraits of the homeowners. The list of homeowners includes some very well-known names: Jean Cocteau, Coco Chanel, Julian Schnabel, Paul Cezanne and the photographer himself, to name a few.  Reading through the book, you get the sense that Halard curated it carefully and that each of the shoots featured has special meaning for him. For example, his shoot at Casa Malaparte in Italy was 10 years in the making and he calls it “[his] first photographic work carried out in complete freedom.” 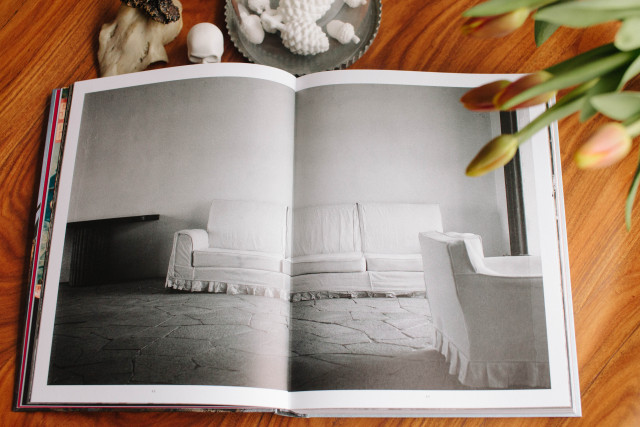 Many of the image sets are preceded by an introduction by Halard. These are wonderful. They read like a list of all the things he loved about the location and the shoot, and why he chose it for the book. This one, about Richard Avedon, is one of my favourites:

It’s a wooden house perched on a bluff and a weekend alone with Avedon. It’s the emotion of sharing his intimacy. The making of the photos of his cat, his pigs, his goat, his billy goat, and is chickens on the kitchen table. It’s the autumn light in Montauk. It’s Avedon’s charm and the dinner that he prepared for me, and the wines that we savoured. It’s the sound of his voice on my answering machine: “It’s a triumph!” while he looks at my photographs of his menagerie… – Francois Halard (Francois Halard, Rizzoli, 2013)

Voguepedia speaks of Halard’s work as “portraits of houses” and I absolutely agree. His work also captures a portrait of the homeowner, whether or not they appear in the photographs. His work includes photographs that focus in on the personal details in the homes, like the many ribbons won by the Duchess of Devonshire’s prize chickens, as well as the homeowners’ artwork and accessories. It is beautiful and perfect (in the way that magazine interiors are) and intimate, all at the same time. Nowhere is this more evident than in the photographs of Halard’s own home in Arles – “the house” he calls it (emphasis his).

The book is full of dark, rich, saturated colours and the play of light and shadow (often with emphasis on shadow, I think) in the interiors. I’ve been noticing my own style lately morphing from all “lights and brights” all the time to allowing for the addition of some saturation and shadow. Halard’s work is inspiring me to push that further. 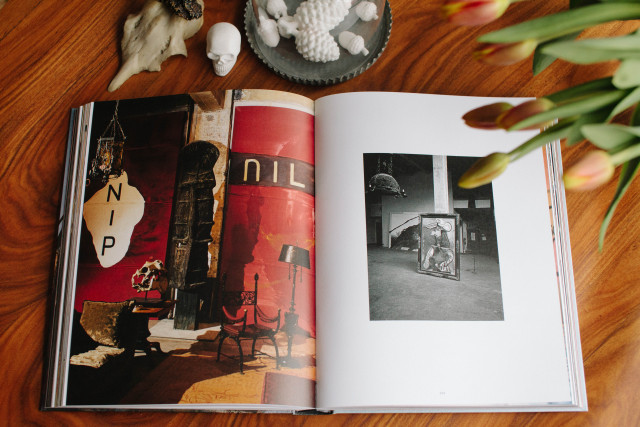 I was saying to my fellow Muses that I’m now a little obsessed with finding out what camera Halard uses (there’s always a bit of a gear nerd in me) but as I mentioned, there is very little information about him online. It’s clear from the photographs in the book that he shoots film as even his later work has those unmistakable and un-recreatable film qualities. As well, in one of his introductions he mentions Polaroid. If you have any intelligence in this area, please let me know in the comments!

In the meantime, I have throroughly enjoyed getting to know Halard and his work. This book will become a coffee table staple and, I’m sure, a source of inspiration in years to come. I highly recommend it, especially if you are a fellow lover of interiors and design.