Since this is my first post for Collaboration month, I thought I’d take the opportunity to circle back to a post from last year at this time. In this guest post Kym Shumsky wrote about her work and the new collaborative project she was starting: TwoShot. I love the concept of TwoShot: Two photographers, two perspectives. Over the past year Kym has been getting together with local photographers to shoot around a particular location or theme. With her spectacular journalistic eye, Kym is able to present the resulting photographs in a way that highlights the particular perspective that each brings to the project. Great, right? I hopped on board early and since then Kym has collaborated with some other local friends and photographers whose work I admire. At the time of Kym’s post here on Muses, we were in the scheming phase of our collaboration. While I’m sure that I posted a link here when it went live, I thought that today I would talk a little bit about the behind the scenes, in case any of you are inspired to grab a photography friend or two for this kind of collaboration.

After I’d expressed interest in participating in the project, Kym and I met for coffee to conspire about what we might shoot. I knew Kym’s work, especially her 100 portraits project, and she had familiarized herself with mine. It was clear to both of us at that first meeting that our collaboration would likely bring two very different perspectives, to wit: I am vignettes and details and natural light and a sprinkle of instant film with my digital, while Kym is big vistas and lots of contextual information and long exposures and knows her way around an off-camera flash kit. After a bit of brainstorming we hit upon the idea to shoot in a bakery/cafe. One of my favourite bakery/cafes, in fact, Art-is-In, which just happens to be at the end of my street.

Kym set up the shoot and got us access to the bakery and its owner (as she says, never underestimate the power of a well-worded e-mail to make things that you’ve only thought about actually happen). Since we were to be indoors, in a pretty industrial style place, I showed up to the early morning shoot with only my digital camera. I think Kym was a little dismayed and thinking back on it, it must have seemed a little wacky that the girl who waxed on enthusiastically about her Polaroids over coffee had left them at home. Fortunately I was close enough to run home to grab my SLR680 and I’m very glad that I did.

I shot a combination of film and digital that morning, even nerding out a little with Kevin, the bakery’s owner/chef about the awesome of analogue photography as I took his portrait. 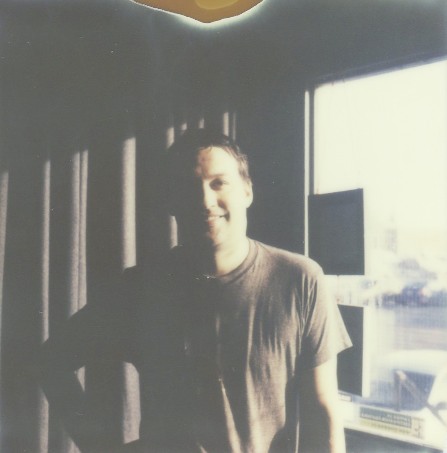 You can see the results of Kym and my TwoShot collaboration here and a here are few of my favourite instant film images from that day. 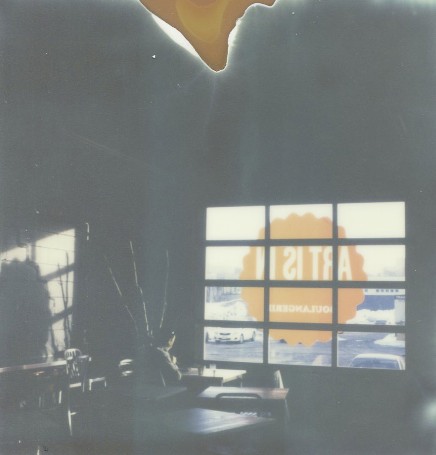