A Conversation With Jenny Wall

Posted 9 years ago by Anna Gay

Several years ago, Jenny Wall and I found each other through Flickr. Since then, I have watched her grow not only as a diverse photographer, but as a strong, vibrant and multi-dimensional woman. 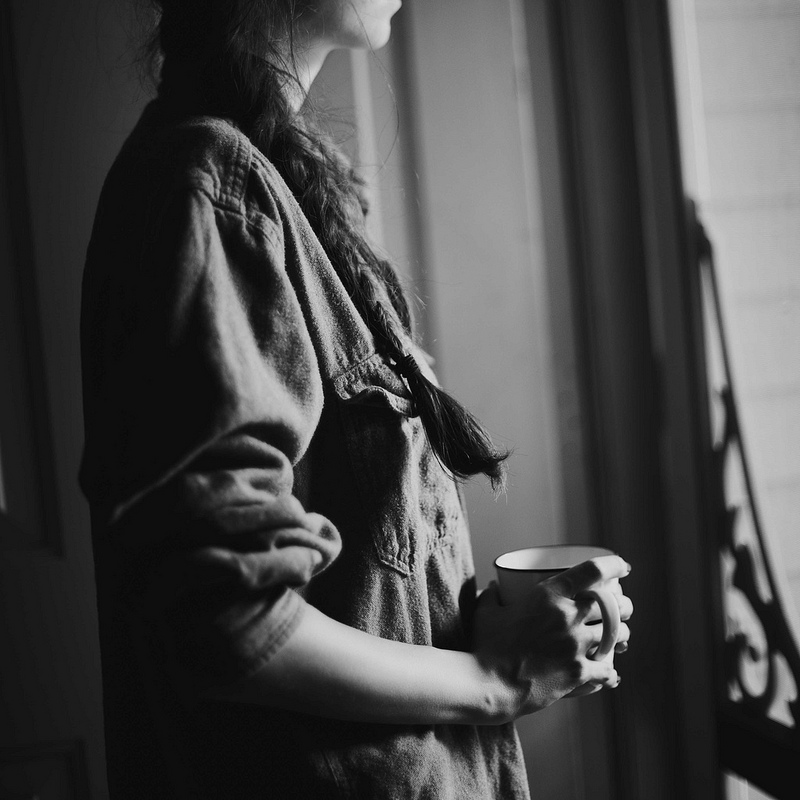 Though Jenny has a distinct style of photography, she points her camera towards a multitude of subjects, and shoots with both film and digital. She is extremely intuitive, and is constantly reinventing herself in exciting ways. 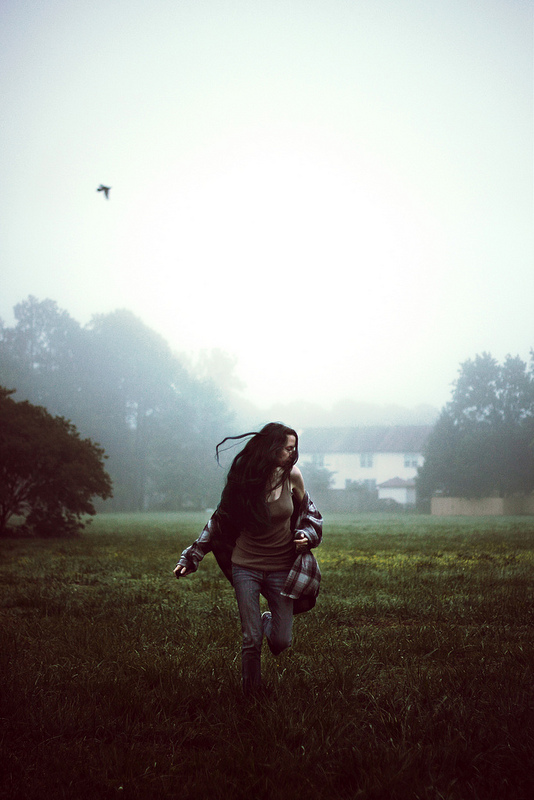 AG: Can you tell me about how you first became interested in photography, and when your journey as a photographer began?

JW: I suppose my interest in photography started when I was a kid, maybe 10 or 11. My mom and I used to go to thrift stores all the time and I liked to pick out books. I picked out one big leather bound thing that happened to be a collection of Life Magazine photographs. I loved this book so much! I spent hours looking at it. Then when I was 13 or 14 my dad got injured and was put in the hospital for a really long time. My parents had a camera cell-phone (this was before camera phones were standard) and to entertain myself around the hospital I would wander the hallways and take pictures. I started editing the pictures online and I started reading tutorial websites. It took me a long time to get a real camera but by the time I did I had already taught myself all the basics of photography. 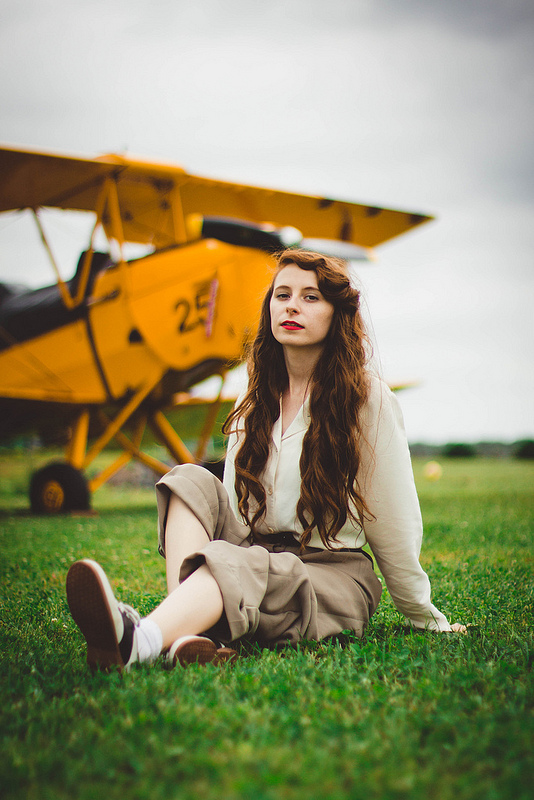 AG: The idea of not having a DSLR and still learning the basics of photography really raises an interesting topic. Even though DSLRs have come down a lot in price, a lot of people who are just starting out with photography may not be able to invest in a DSLR just yet, and are probably using point and shoots, or even their phones. Do you have any advice for people who are just starting out, and who want to make the most of using a P&S?

JW: I used a point and shoot for five years – you don’t need fancy equipment to take a good photograph! I would tell anyone just starting out to learn the basics of composition first and foremost. Framing, the rule of thirds, leading lines, all that stuff is what makes or breaks a photo. I would also remind them that it is entirely possible to take bad photos with a DSLR.

AG: I wanted to ask you about your self-portraiture work. One of the things I really love about your images is that your personal interests often manifest themselves in your photos. You don’t have a certain “type” of photography that you use predominantly, for example, landscape, nature, etc. – you do it all. Your work with self-portraiture is something you do on a regular basis, though, and I was wondering what is self-portraiture for you? Is it a form of self-expression, a way to revisit another time/place? What makes you want to keep exploring and pushing into new territory?

JW: Self-portraiture is something that has really changed and evolved for me. It used to be a sort of escape, a way for me to be someone else for a little while. When my now-husband was deployed with the Navy, I used self-portraiture as a way to cope with the loneliness. I could focus on a story instead of what was really happening. 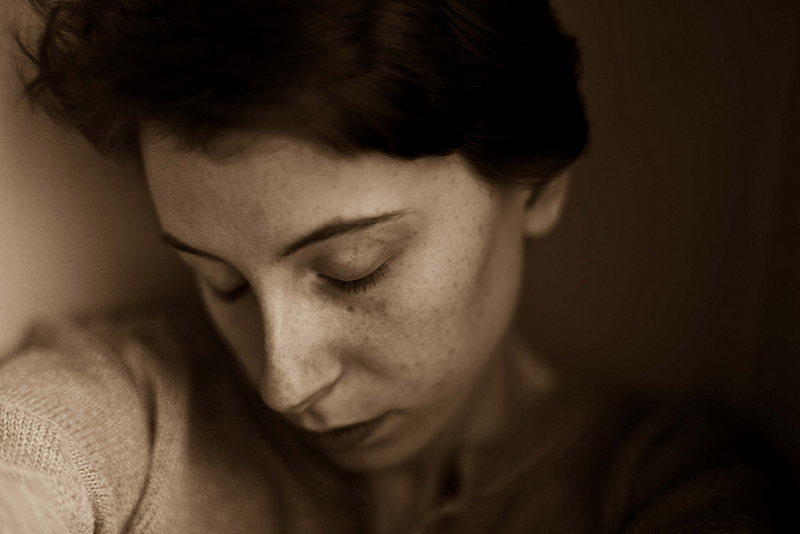 These days, however, it’s so much harder for me to define. Sometimes a self-portrait happens simply because I have an idea to test out and no one willing to model for me. Other times, I want to capture a feeling or an emotion. Sometimes, I just want to tell the truth. Right now I am in a very experimental stage of photography. My style and my goals have been changing a lot, so I can’t really define any of it at the moment!

AG: As someone who works a lot with self-portraiture, myself, I always wonder if I will continue to do it into my 40’s, 50’s, etc., and I agree, it is something that always evolves and takes on different meanings. Do you see yourself continuing with self-portraiture for an extended period of time?

JW: I think I will continue, but probably a lot less than I do now. One of the reasons I shoot so many self-portraits is because I don’t have the ability to go out and find models, and I want that to change soon! However, when I am a beautiful gray lady in my sixties and my seventies, you can bet I’ll be in front of the camera! 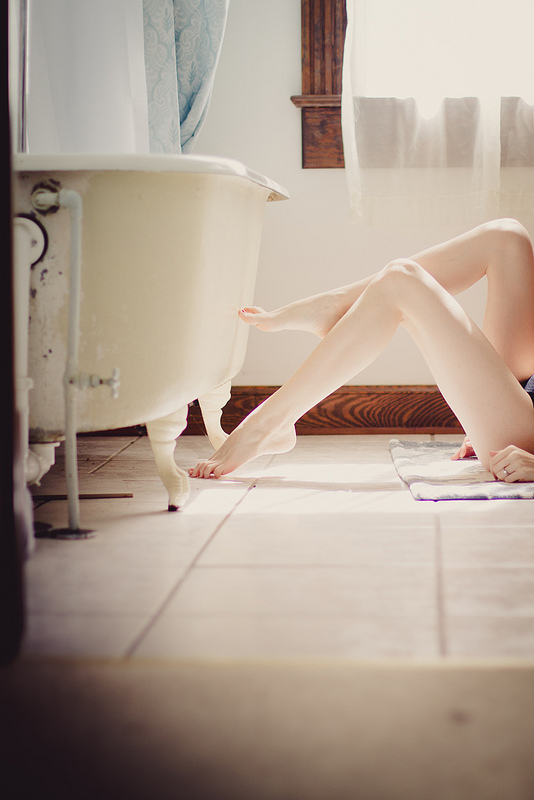 AG: In your plans to photograph models, do you think your style of portraiture will be similar to your self-portraiture, or do you plan to try a different approach?

JW: I think it will be similar, but better. Self-portraiture is hard and I always prefer shooting other people. When you have to set up a shot by guessing, the results are sometimes less than satisfactory. Plus there are a lot of techniques that are harder to do when I’m not behind the camera. 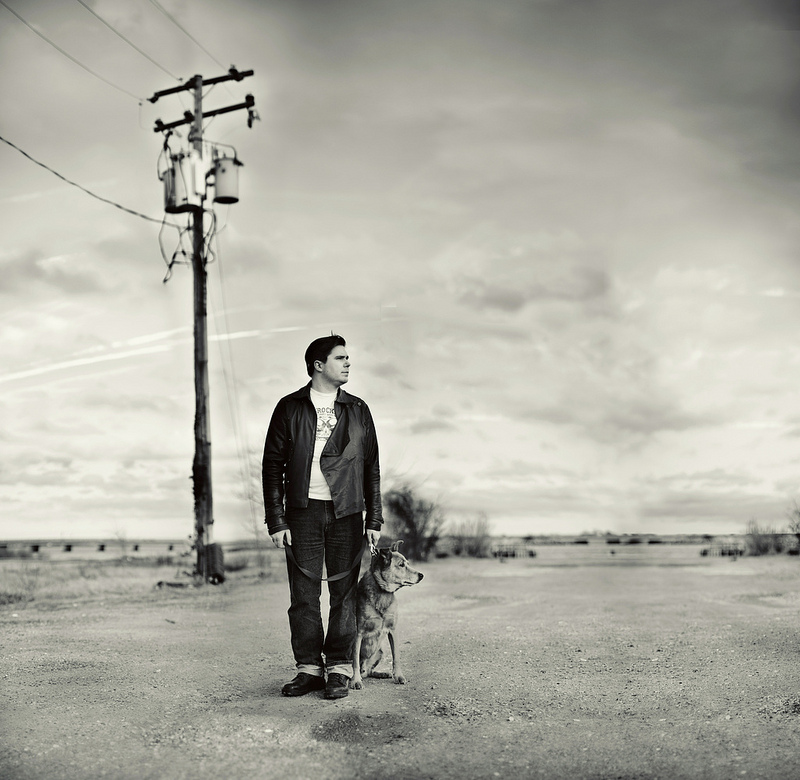 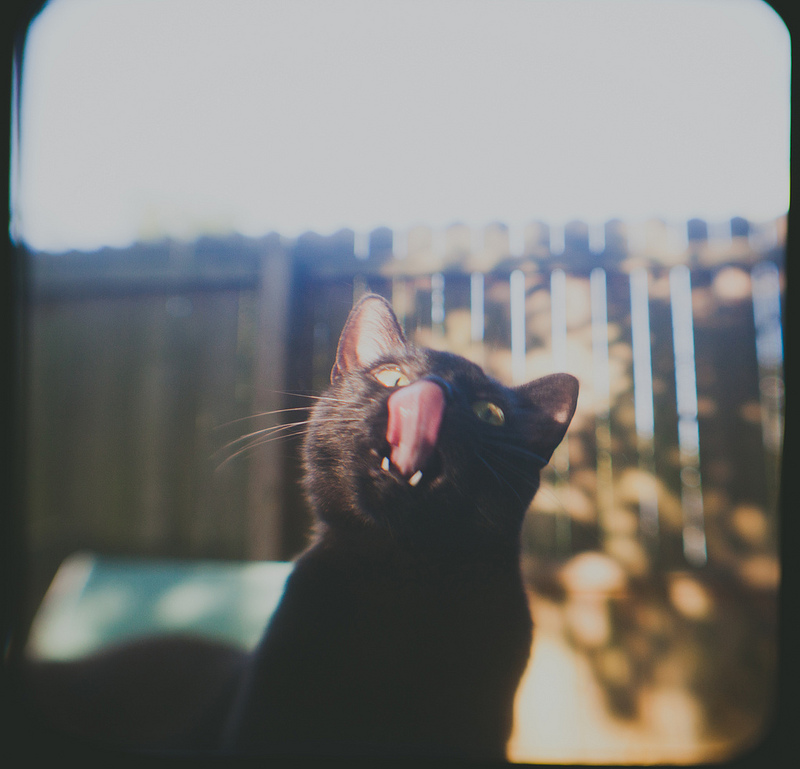 AG: You’ve been creating self-portraits for several years now, and, as you said, it has been many different things for you over the years. I know for me, when I started with self-portraiture, I sometimes felt like people, especially people who had known me for a while, outside of Flickr, thought I was in this strange/self-involved phase for photographing myself. I always felt like that couldn’t be further from the truth, so I’m wondering if you have ever had to deal with anyone who questioned your motives for self-portraiture, and how you’ve dealt with that over the years.

JW: Oddly enough, I don’t think anyone has ever accused me of being narcissistic or anything, although I always assume that is what people think of me! I did have one person tell me to “get over yourself” once…and that hurt, but I just assumed they had their own issues to deal with. Most of my friends these days pay no attention to my photography and I’m not really big online anymore, so I have no idea what people think of me!

AG: Now that you are not as active online as you used to be, do you find an artistic freedom in that?

JW: Oh man, I feel so much freer! I used to be really big into social media, and at first, it seems like a great thing. I had all these contacts and fans! After a while, I realized that I was stressing myself out, worrying about what these complete strangers thought of my work. I started following photography trends and trying to be one of the “cool kids” and it was so awful. I hated everything I did, even though my fans loved it. Now I write a blog that hardly anyone reads and I love it. I shoot what I want and I don’t have to care if other people think I’m any good. 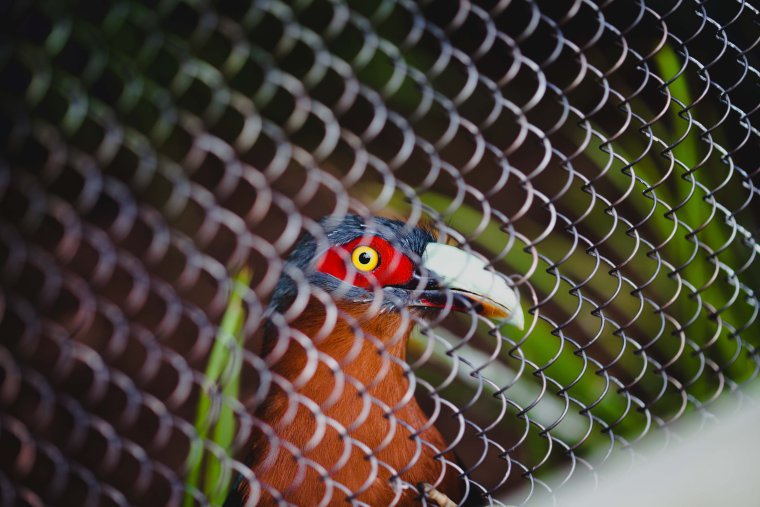 AG: The photography trends nowadays are fascinating to me, and I think we are all well aware of them, especially in the online arena. Now more than ever, we are seeing such a homogenization of images, so I can’t help but wonder if it is because we’ve been conditioned that more attention equals better photos, which is not always the case. Do you think these trends have more to do with the arrival of the comment/like/fave culture and getting peoples’ attention, more than they do creating images that have some sort of emotional impact on the viewer, or have a story to them?

JW: I think these trends stem from the fact that there will always be followers and there will always be leaders. There are a lot of really creative and talented artists that have gotten popular thanks to social media and I do think a lot of people want the attention these few have attained. People copy what they see and call it “inspiration” and then suddenly we have a billion of the same photograph floating around. It’s very tempting to copy the style of others but when we use someone else’s creative brain instead of our own we are simply holding ourselves back. I think it is so important to avoid recreating the ideas of others. 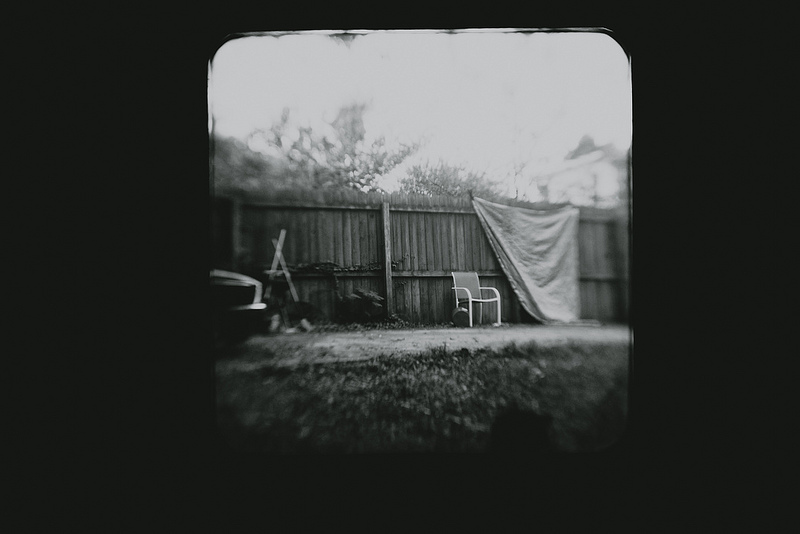 JW: Project Imagination was a photography contest put on by Canon. The winning photographs were chosen by celebrity directors to be inspiration for a short film. One of my photos was picked as inspiration for Georgina Chapman’s film “A Dream of Flying.” It was a great experience, but my favorite part was going to with my husband for the film premiere. We were able to watch the movie with an introduction from Georgina Chapman herself! I really loved the way she translated my photograph into something beautiful. My picture, titled “creep” has always been viewed as something very eerie and uncomfortable, but she saw it as a beautiful thing and used it as the premise of her film. I should also add that Niel Gaiman was the writer of her film, which is really exciting because it means he wrote something based off of my photograph! Funny enough, I never really liked that picture until it won. 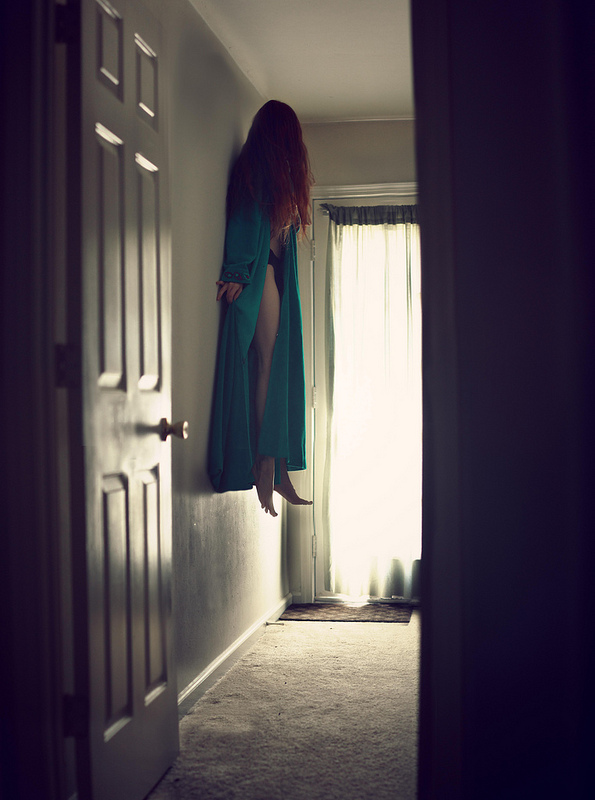 AG: Earlier, you mentioned enjoying the photos in Life Magazine when you were younger. Where do you draw your photographic inspiration from these days?

JW: Life, real life I mean, is inspiring. I guess that is what Life magazine is all about though, isn’t it? Right now I’m in a very journalistic phase. I just shoot what I see and do. I like documenting my adventures and having something to look back on. 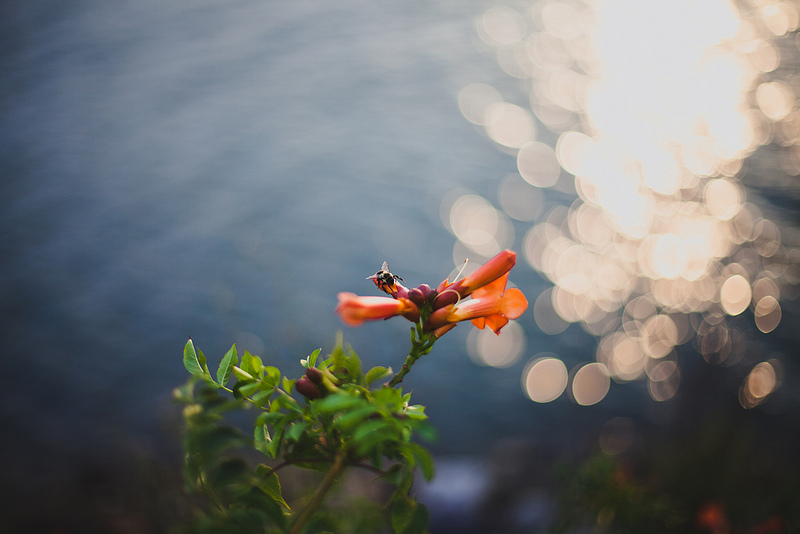 AG: If you could whisper one piece of advice in a budding photographer’s ear, what would it be?

JW: If I could whisper one piece of advice to a new photographer it would probably be….”rule of thirds.” I know that is super lame but it was the best bit of advice I had when I first started. Composition matters! 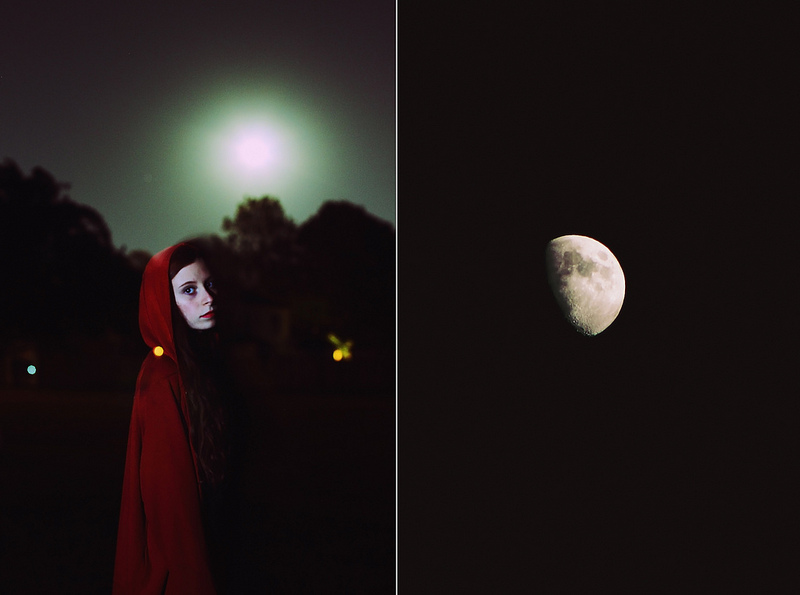