A Conversation with Wes Stone

Posted 7 years ago by Jenny the Time Traveling Pirate 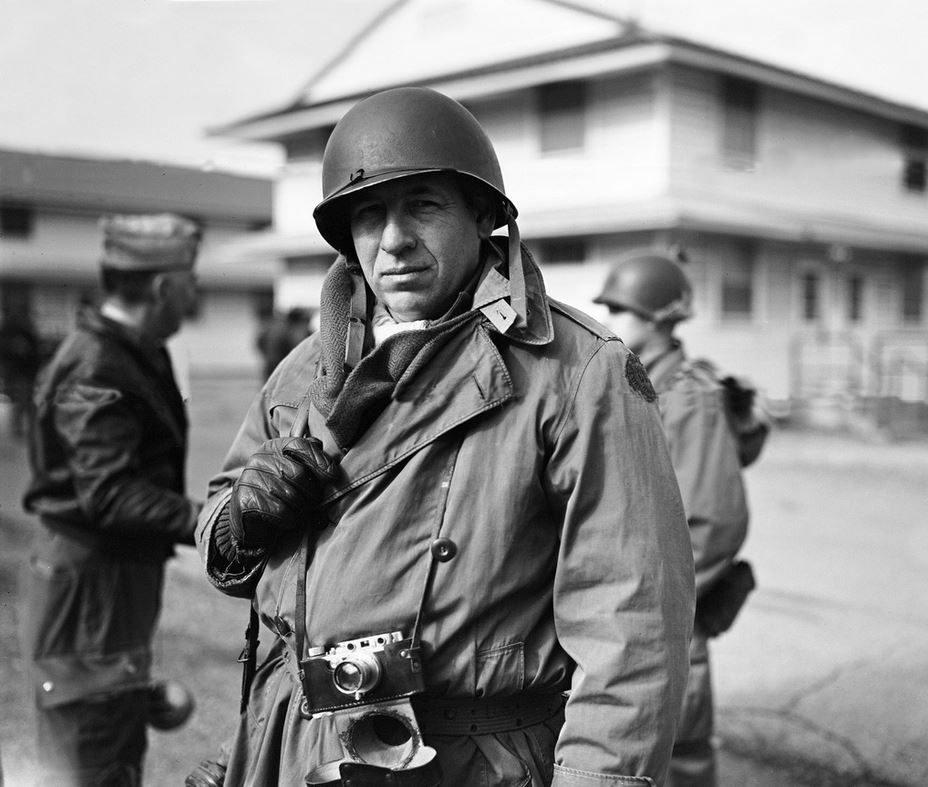 Today I am absolutely thrilled to introduce one of my favorite people in the world, Wes Stone.

Wes and I first discovered one another through Flickr and I absolutely fell in love with his vintage-recreation series. He is skilled beyond measure with an arsenal of fine antique cameras and he manages to bring the past alive in a way I have never seen before. A few years ago we met in person at a World War II Airshow weekend where he was reenacting and photographing other passionate history buffs. We have been friends ever since and I always feel honored to spend time with him and to watch the way he sees the world. 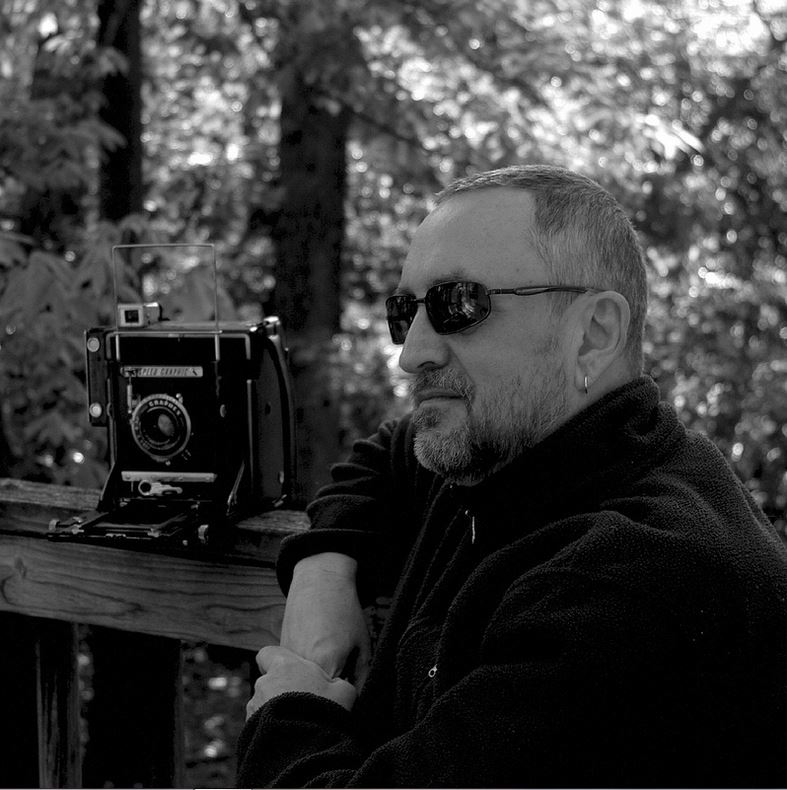 Self-Portrait of Wes Stone and his Speed Graphic

Wes is a constant inspiration to me. He captures the world with the trained eye of a classic photographer and his patient thoughtful approach often reminds me to slow down and observe more carefully. He is a masterful storyteller and I wanted to talk to him a little and get his story here.

When did your journey into photography begin and what keeps you going?

A long time ago! I started photographing familiar places and then people using a Kodak 110 when I was a young teenager. As my view got a little more complicated I switched to my father’s Agfa Karat 36 – a wonderful 1950’s 35mm he had acquired in the military. I traveled one summer all over Europe with that camera as my constant companion. I shot exclusively slide film back in those days (late-1970’s) and should have started out with black & white film (I am so glad to see so many schools teaching beginning photographers with monochrome and real film.) My eye has always led me to stories… to people and places that told something of the human condition. My early efforts were of my family and family homes. I was always struck with the impermanence of life and of the ability of the camera to record a moment of reality – one that transcended time and, in effect, conferred a degree of immortality on the subject. I am still fascinated with that concept and so I remain as I began, largely a realist in photography.
What keeps me going… the need to see. I realized relatively late what a “visual” person I am. Once I allowed myself to explore and accept that idea, I have rarely been without a camera close to hand. But I am not a “composer”… I don’t conceive an image before I shoot it and I am in complete awe of those artists who can. My photographs are almost completely intuitive and that leads to my continuing to explore and, indeed, experience who and what is around me through photography.

Tell me a little about your “Vintage Recreation” set.

My “Vintage” series is my attempt to see what my predecessors saw and to try and experience some of what they did when recording the original images of the 1930’s & 40’s. Many of my cameras were produced during that classic era and I thought of them only as vintage pieces of high-quality photographic equipment until I realized what they had “seen.” I have never fooled myself that I can ever see what the original users of those cameras actually saw; I will never see through their eyes, but, looking through their viewfinders, I can see through their lenses. It is as close as I will ever get to experiencing the classic era of film photography. That moment of discovery came to me while photographing an event involving recreated World War Two sailors… there they were, these young men in correct uniform and for an instant, in that viewfinder, I came as close to a rift in time as I ever hope to experience. It was a transformative moment and I was hooked on trying to recreate those classic images using the medium and equipment that was originally available eighty years ago. It is often surprising, usually humbling and always thrilling to compare myself in a very material way with the greats of photography. I hope some of that comes through in the series. 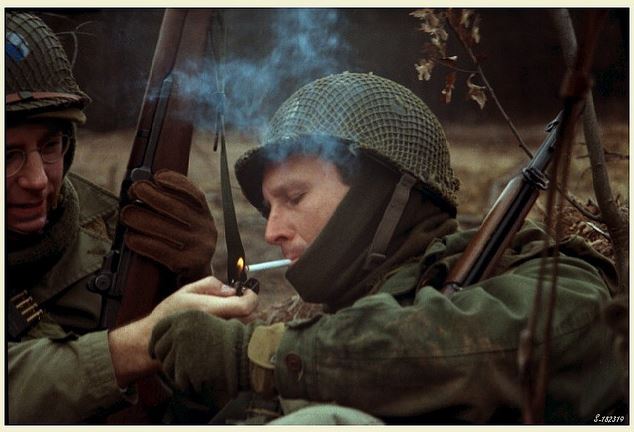 How does reenactment tie into photography?

World War Two reenactments (mostly really commemorative events since most of what they depict took place thousands of miles away )give me a perfect “set” for making my “Vintage” images. Plus, occasionally, I really do get to try my hand under “field conditions”. I have photographed from the back of a 1940s jeep, a moving tank, an original landing craft approaching a beach and the gun ring of an armored vehicle as it tried to extricate itself from a snow bank. (That series in the snow remains a favorite of mine.) And I experience some of the frustrations as well… with low light conditions and moving subjects, well, like my camera’s original users, I have another cup of coffee and turn over in my cot or sleeping bag to get a bit more shut-eye… low 50-100 ISO film and an f3.5 lens don’t make useable images with really low light. But even that is an experience from which I learn photographically. Knowing the limitations of the day gives me an unending appreciation for the everyday field photographers as well as the “greats” like Robert Capa, George Rodger and Margaret Bourke-White. 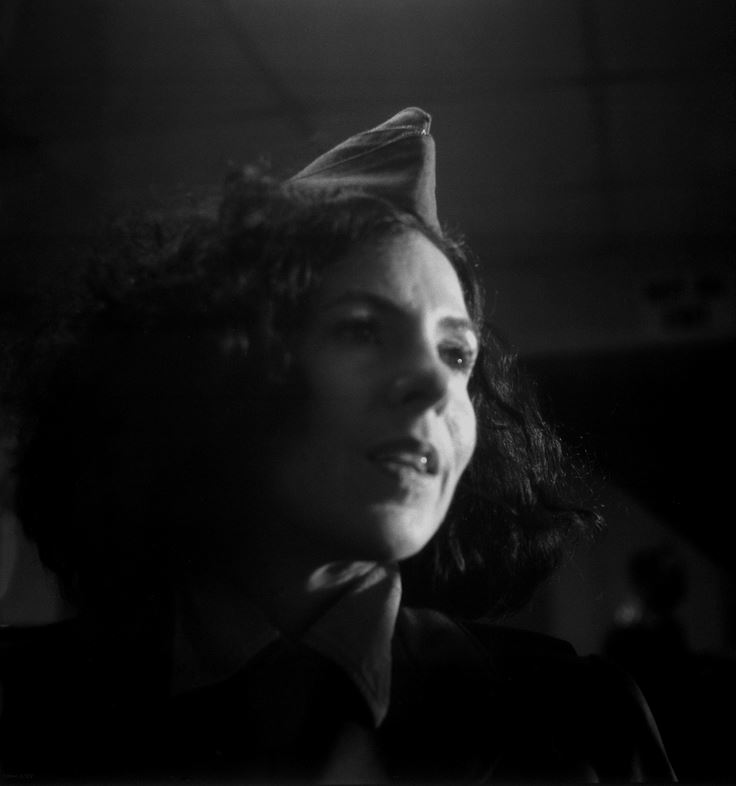 What do you look for in a good photograph? Tell me about your process or what catches your eye?

First and foremost I look for a story. Edward Steichen wrote “The mission of photography is to explain man to man and each to himself. And that is the most complicated thing on earth.” For me a good photograph must have that quality. And I don’t discount abstracts here… the abstract can often tell a story more completely than abject reality. There must be a grain of truth as well. Then composition. I don’t just mean the rule of thirds makes a good photograph, but the arrangement is so important to establish relationships and lead the viewers eye. Tonality is huge for me – forgive me I do lots of black & white! And light… inadequate lighting or poor light quality is a complete turn-off for me. But above all, does the photograph say something to me, preferably something I didn’t think of or in a way I never considered before.
My process… can I return to Henri Cartier-Bresson and say “I don’t know”? The process becomes innate, instinctive, I think. I see in macro – the small things first and then work my way out until I have created in my mind a complete whole. I often have to stop myself from just shooting the macro version and ask if that is the whole story I’m trying to impart. (Sometimes it is, and the macro remains a fascination of mine.) Often I see pieces of things, a rich golden curtain in morning sunlight and the way it disappears into darkness at the bottom and have to shoot these pieces. These are my versions of the “composition” by the way, I’ve already said I don’t actually artificially compose much. I see faces, and the character that is in the face. But often what I see is not what I am “supposed” to see… so much for my career in news photography! I enjoy what Life photographer Michael Mauney called being “around on the back side shooting something else or something.” 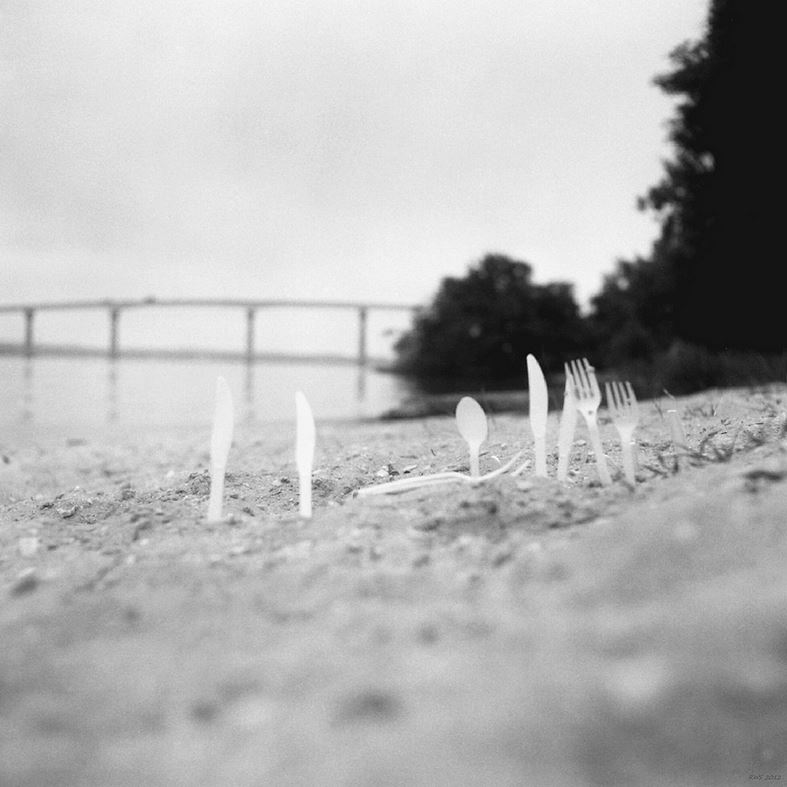 If you could travel back in time to photograph any event, what would that event be and why?

Oh, gosh! I would love to be with the journalists in Spain in the 1930’s – Hemingway, Capa and Gerda Taro, that crowd. Not so much a single event as a series of experiences. It must have been terrifying and electrifying all at once.

What are your biggest goals regarding photography?

I’d like to make a good image. That may seem unambitious, but there it is. If I shoot the sort of images that make me happy I know that they will probably never be the sorts that the mass of people will want to purchase, so I’ve reconciled myself to doing what I want to do and not worrying about making a living from photography. Process is important to me – I was once told I was “very process oriented” and it was not meant as a compliment! So I return to the goal of making a good image. If I do that, if I am satisfied with the quality of the product, then I’m happy. 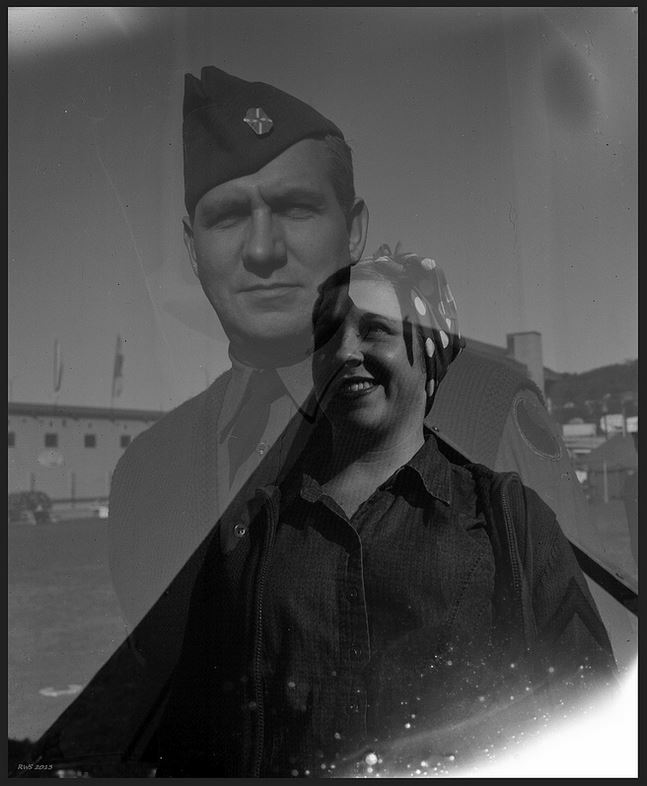 What is your favorite camera (or cameras) to shoot with?

You are asking me to make Sophie’s choice! I have different favorites for different occasions. I love shooting my classics – Graflex Speed Graphic Anniversary 4×5 for large format, my two Contax 35mm from the ‘30s (the Zeiss lens quality is unsurpassed for clarity and precision) and my Rolleiflex f/3.5 75mm is fantastic, really unbelievable for focus and depth of field. Having said that, I’ve been carrying a classic Leica II with Leitz Elmar f/3.5 50mm attached – it’s light and easy to use and imparts that true “Leica look” so that I can delude myself that I’m on Parisian strets in 1955- if only for a moment! I’m also currently shooting a Salyut-S medium format… a tank of a camera that sounds great (all metallic gears) and produces some seriously nice negatives. My 35mm Pentax ME Super is also a standby. I’m not a complete Luddite, though… I’ve been shooting a lot of special events lately and need the speed of production that digital allows so have been using my Pentax K-m with classic lenses from the 1970’s attached. 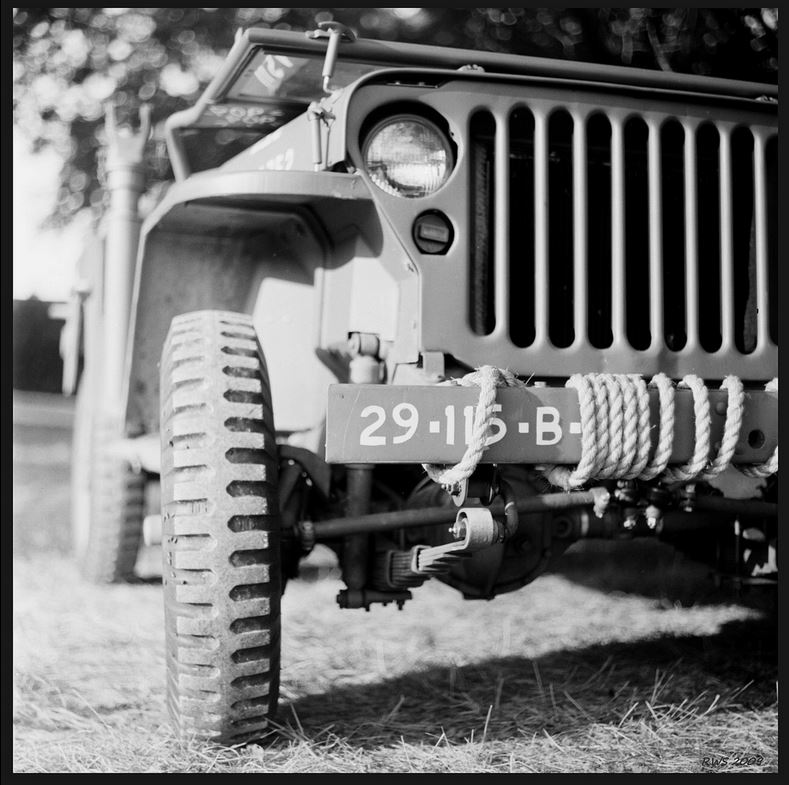 Are there any photographers you admire?

So many – and the list grows. First and foremost is Edward Steichen. His ability with light and subtle tone is simply breath-taking. Alfred Steiglitz and Edward Weston are on the list… classic and inimitable black & white artists. Robert Capa, the premier artist of war and the human condition under extreme stress and pressure. Henri Cartier-Bresson, I’ve mentioned and Robert Doisneau the pioneers of street photography. I am at the moment drawn more to Doisneau for his sense of emotion and humanity but Cartier-Bresson has the best quote on making photographs – “They . . . asked me: ‘How do you make your pictures?’ I was puzzled . . .”I said, ‘I don’t know, it’s not important.’ ” Exactly – and perfect!
Among modern photographers, I adore Karine Burckel; she has been my muse and a huge influence in getting me to ease up and “feel” the photograph. She does beautiful, evocative work and is an artist in every sense of the word. Renata Ginsburg is a reincarnation of Cartier-Bresson, I swear! I have threatened to travel to New York City just to touch her shutter finger in hopes that something, a morsel however small, of her talent will rub off on me. 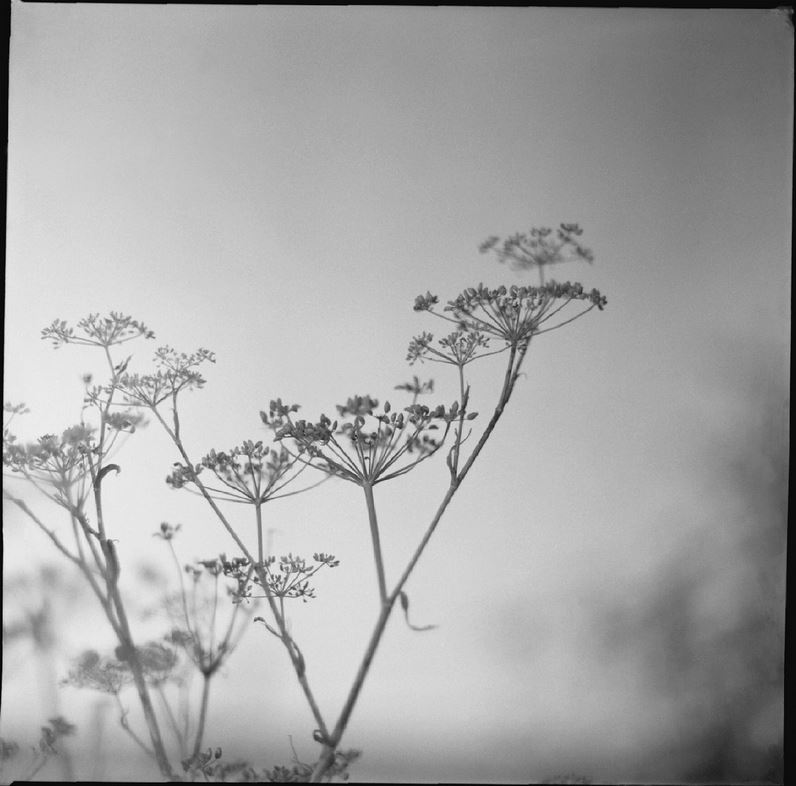 Do you have any advice or words of wisdom to pass onto other photographers?

Study the classics, they will teach you more than you could ever learn in a photography class. Learn the “rules” so that you will know which ones to discard. Always photograph for yourself first, don’t be seduced away from your own unique talent by anyone else’s view of what you “should” be doing – “should” is the death of creativity. (Steichen wrote “For an artist there are NO good habits.”) Learn your camera and its strengths; it must become an extension of your eye and mind and its operation second nature. Some advice from Margaret Bourke-White that I try and remember, “Photography is a very subtle thing. You must let the camera take you by the hand, as it were, and lead you into your subject.” And finally, remember humility, There is always someone from whom we can learn. 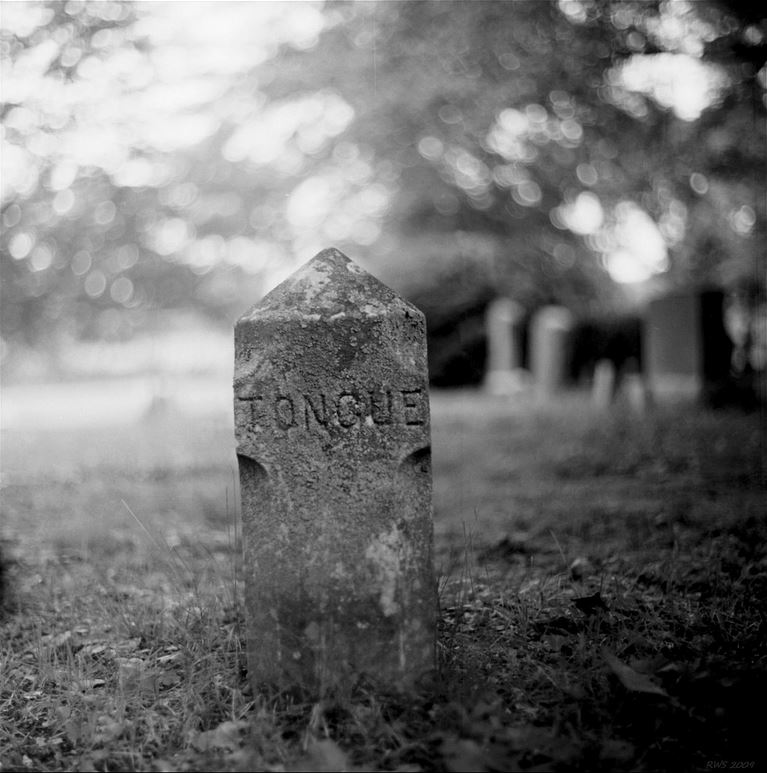 You can catch Wes Stone over at his flickr!