We’ve been sharing our personal explorations on Mortal Muses through our Film Friday feature for two years now, so it should come as no surprise to you that regardless of the camera, we manage to stamp our images with its timeless appeal. Despite the discontinued production of rolls and packs of film, analog seems to have survived the fad stage. Fortunately for modern photographers several companies are committed to digitally reproducing film’s appearance through the creation of film-specific presets. Last fall, Totally Rad!, Inc. jumped into the mix with the successful release of Replichrome I: Icon, a series of color and black and white presets based on professional film manufactured by Fuji™ and Kodak™ and still beloved by film photographers today. So when they reached out to us once again with the release of their newest group of presets, Replichrome II: Slide Film, we jumped at the chance to see how this latest set would stack up. 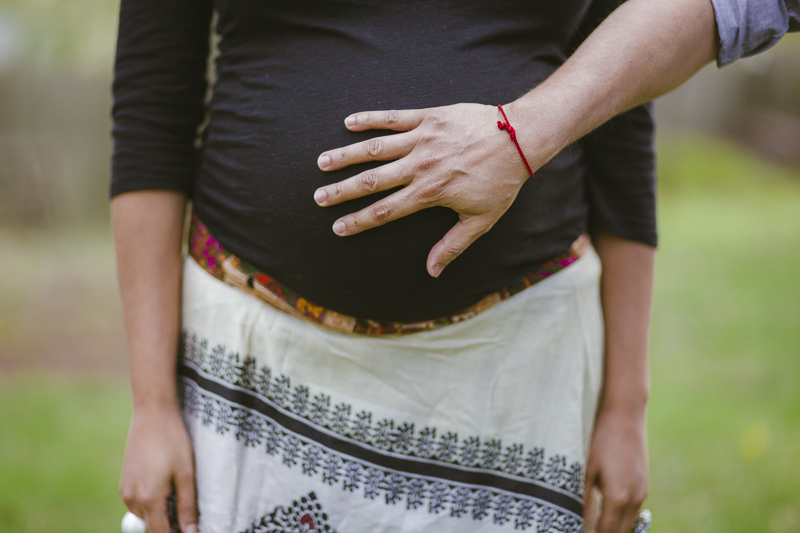 Like Icon, Replichrome II: Slide Film was created scientifically by sourcing and shooting over 3,500 images with 19 different cameras under multiple lighting scenarios of reversal film from Fuji™, Kodak™ and Agfa™ amongst others. Slide film, often called a transparency because of its transparent base, produces a positive image which is then mounted as a single slide for viewing. Astia, Provia, Ektachrome and Panther are just a few of the options you’ll find in this preset pack of 19 film stocks with 203 variables for both Lightroom and ACR.

Once again, Totally Rad!, Inc. scanned their test data across two platforms using a Noritsu™ scanner “known for cleaner scans and brighter color” as well as hand-adjusting scans on an Epson V750 Pro flatbed scanner calibrated “with a custom IT8 for maximum color accuracy” giving consumers “two different expressions of each film’s character” alongside different variants of exposure depending on the particular preset. Check out this great infographic to learn more. Here’s how the two compare with the Scotch Chrome 100 preset applied with no grain. You can easily see the subtle color differences between the two. 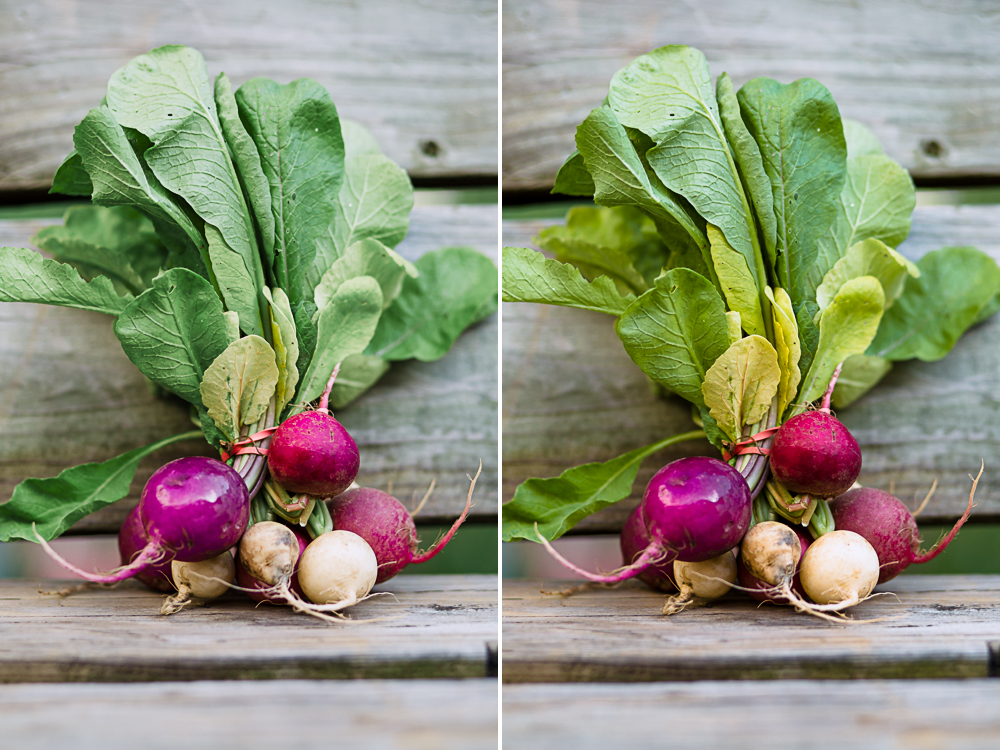 And here’s an example of three variants using the Kodak P800/1600 preset, or essentially:, exposed, underexposed  (-) and overexposed (+). There is a No Grain option as well (NoGr).

“We wanted to give photographers even more options with Replichrome II,” said Doug Boutwell, CEO of Totally Rad! Inc. “Similar to Replichrome I, the process took several years to develop due to extensive research involving a variety of cameras, film and images all processed through multiple labs and scanners.  Users can once again emulate the most popular film styles on their digital images easily, but with more unique choices.” 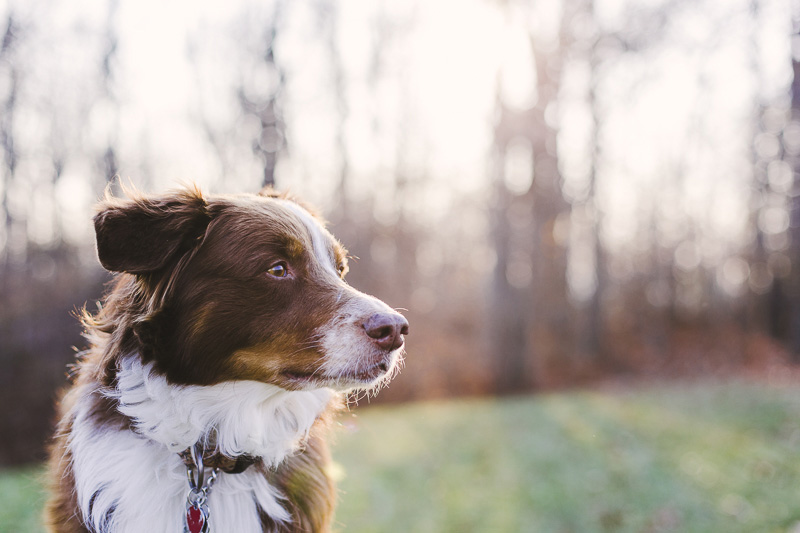 I don’t know about you, but for me, this set of presets is more than about “options.” It’s about reliving the look of incredible moments of personal history. Like digital, slide film was made to be viewed, usually through a projector, and most of my early childhood lies in dusty boxes of  slide-filled carousels, not forgotten, but seldom seen. Throughout my design school days, I shot countless rolls of slide film pouring endless hours over giant light boxes to piece together my projects, and when I quit my only full-time job to travel the globe with aspirations of becoming a stock photographer from my wanderings, I left with a bag full of slide film which I was sure would do the trick. Later while freelancing at an Ad Agency, I would scan more transparencies than I’d care to remember. So me and slide film? We go way back.

The nature of a transparency is more precise and cleaner than film, a true photographic slice of reality, and the colorful, high-contrast look often achieved with slide film enhances that beauty. Since many of the brands of slide film I lovingly loaded into my old Canon Rebel were discontinued in the late 1990s and early 2000s, this set of presets makes me more than a little nostalgic. Sadly, there are now only  4 types of slide film currently in production, so I was thrilled to head back to my roots with Replichrome II: Slide Film to achieve these looks on my images today. So how does Replichrome: Slide Film stack up against actual slide film in a side-by-side test? Take a look. 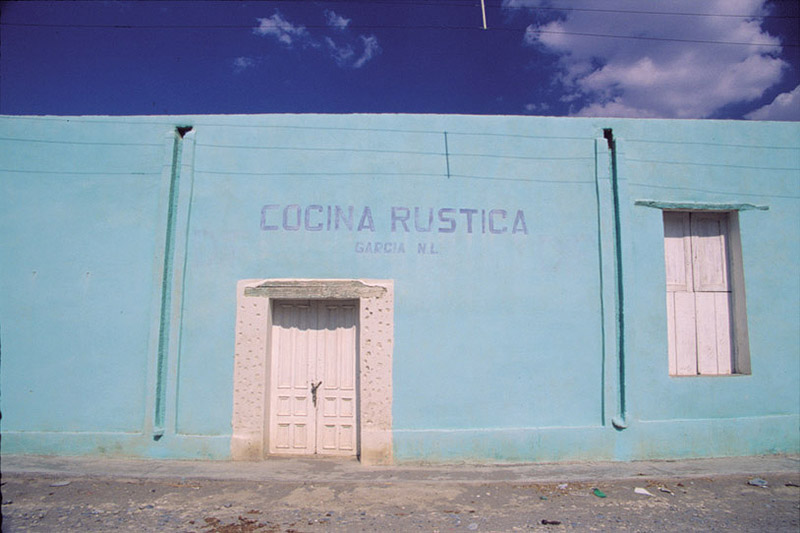 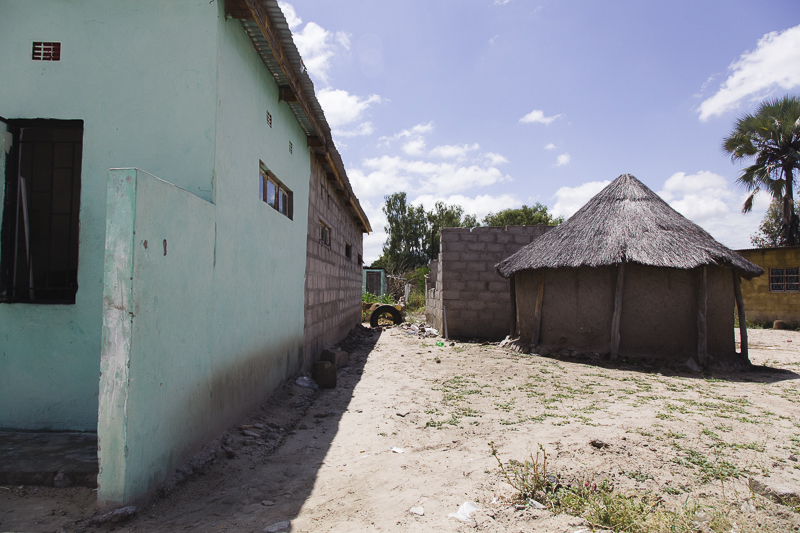 When I pulled out my binders full of slides and old scans to make a comparison, I did my best to find digital images with similar subject matter and similar lighting conditions. Admittedly, these scans from an Epson scanner are over 10 years old and the quality is rather dubious, but I think you can still see the one in the other. As it turns out, I shot a lot of Kodak Elitechrome/Elitechrome Extra Color 100/200/400 as the case may be, the consumer version of Ektachrome, or E100G, E100VS, E100. 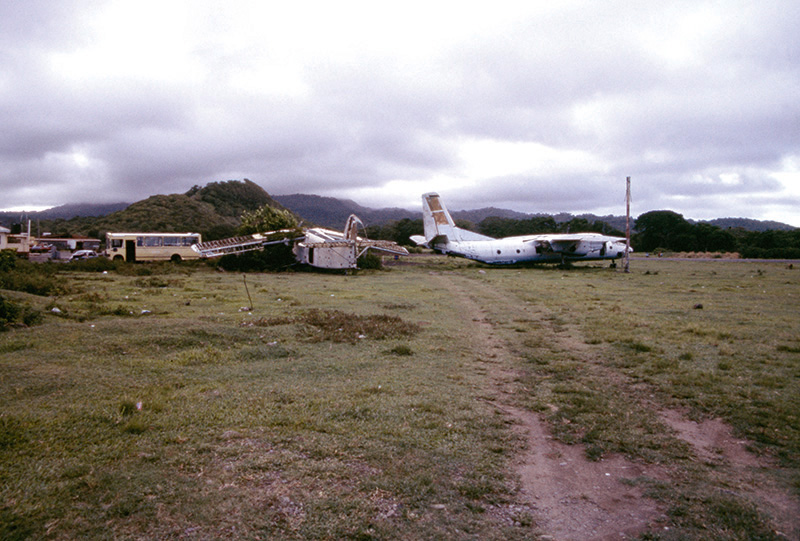 Muse Nikki Gardner also did a comparison of slide film to Replichrome. She shares these images, shot on Fujichrome Astia 100F, alongside a digital image processed with it’s counterpart preset applied. Once again, you can definitely see the one in the other. 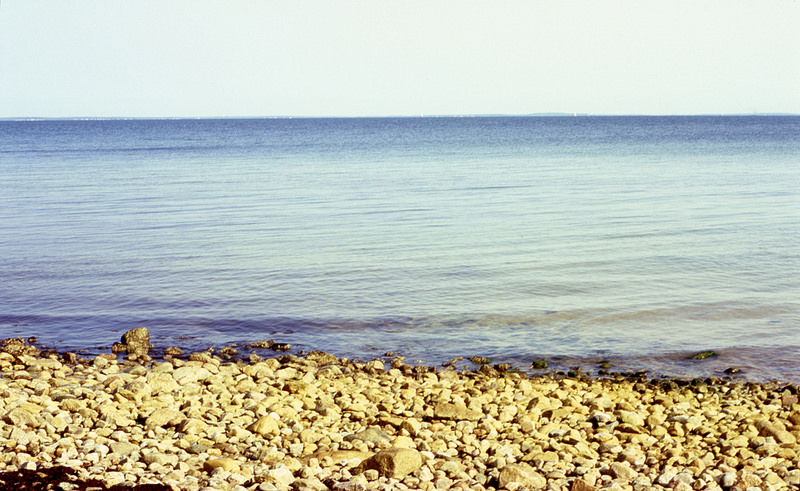 I love the subdued and faded color of Fujichrome Astia 100F along with the film’s fine grain. This film stock is often used for fashion, portraiture, interior, and product photography, however, I like to bend the rules and shoot this film outdoors for a softer look. In general, I’m a post processing minimalist and prefer understated edits and presets to my photographs. I recently had the chance to try Replichrome II’s new slide presets (with Astia 100F included) and I have to admit, I may shoot a little more digital this summer. I like the desaturated colors in their Fuji presets as well as the color shifts akin to the actual slide film. After a quick preview with each preset in Lightroom, I then make small edits to exposure, clarity, and shadow detail. I’m pretty smitten with how the presets fit my editing style and am off to try out the negative film presets. Shh, don’t tell my film cameras about this. — Nikki Gardner 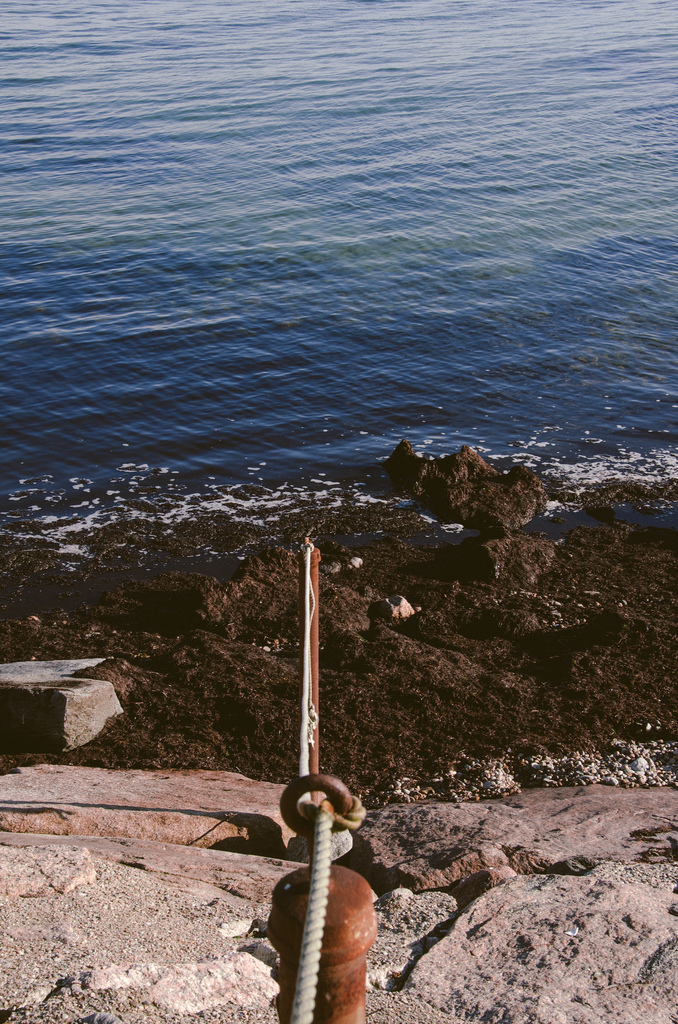 Kirstin McKee also gave Replichrome a while and shares these images and comments. 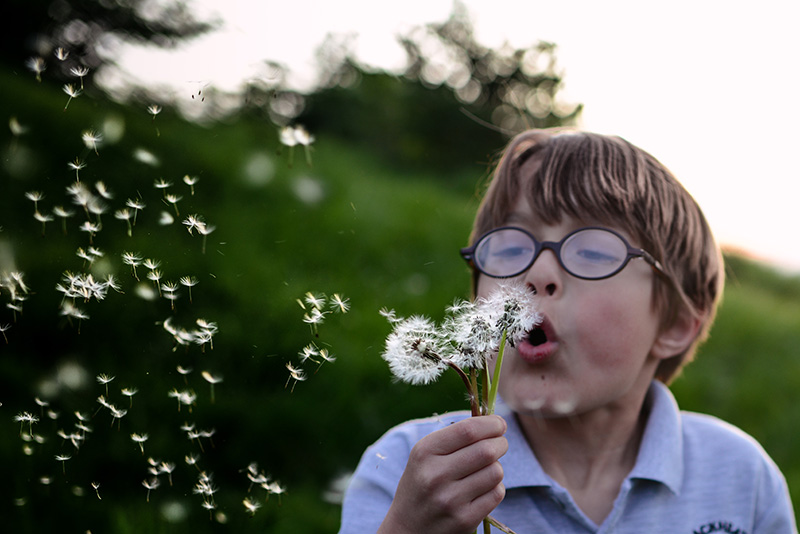 I have always been a fan of bright colours and more contrast, rather than the faded pastel ones. So these slide presets were just the ticket. I mainly stuck with the calibrated editions of each preset and then twiddled with the toolkit from there. Yet what I love about them is that they are still subtle, and not as pink as the first set are. And on a side note, can I just say how much I love the luminous curve. It is just epic! – Kirstin McKee 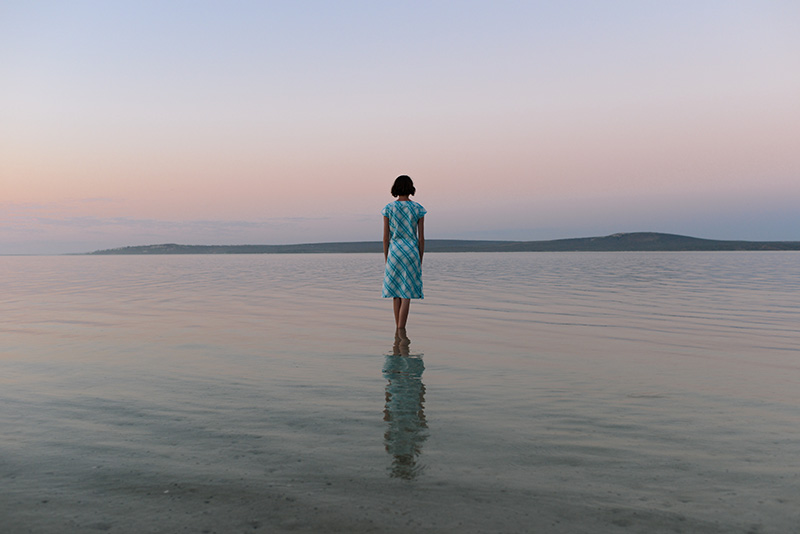 The last roll of slide film I shot was in 2003 while traveling in Botswana, Fuji Provia 100F. Part of me wishes I’d bought more film after that trip to hoard under my bed (you do that too don’t you?), but the other part of me isn’t too hassled by the loss. After all, with an incredible set of slide presets like Replichrome, I can avoid the both cost of film and its developing while playing with my digital files as much as I want. Of course it can’t replace the actual product, but it certainly has found a welcome home in my repertoire of tricks. I love the pops of color it provides, the multiple variations offered and the ability the tweak kit provides to create many options for my images. Like with Icon, the fact that many of these presets don’t require a great deal of effort to work beautifully on my photos goes a long way in my book, once again making Replichrome, both Icon and Slide editions, my first stop when exploring creative presets. 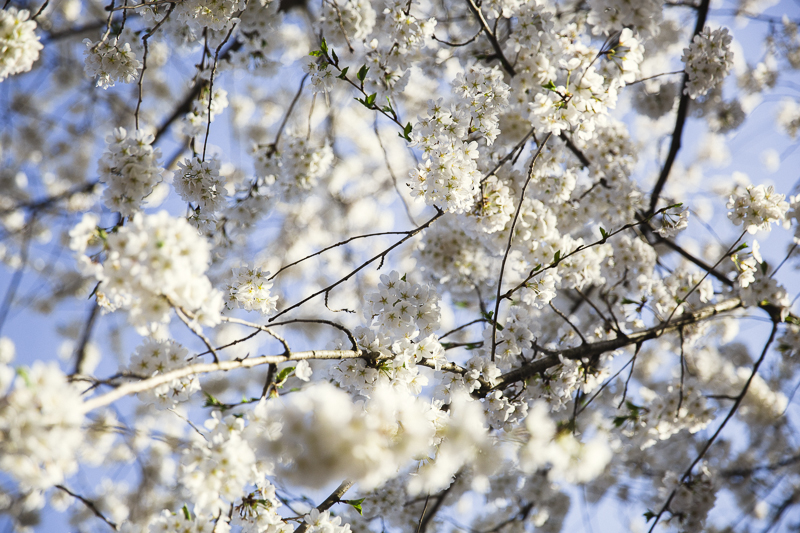 • Replichrome: Slide Film in intended for RAW images (not jpgs)
• Convert your files to DNGs if your camera model isn’t supported (most are)
• Replichrome works in LR 4 & 5 and ACR 7 (CS6)
• Choose your preset first, then edit your “basics” second
• Boost your shadows if your images are too dark
• Tone down your highlights if your images feel too bright
• Play with Camera Profiles without applying the entire filter for a partial look
• Enable Lens Profile Correction if you apply a vignette (avoiding a double vignette)
• Have fun! 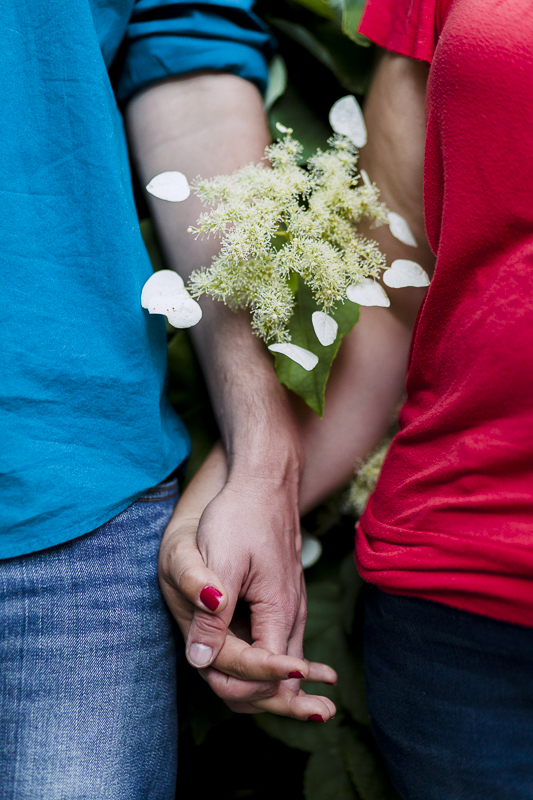 Film remains a hot topic in photography circles today continuing to gain momentum as more photographers explore the roots of their craft, and with Replichrome II: Slide Film, Totally Rad!, Inc. has created another winner that I highly recommend. Does slide film bring up all kinds of memories for you like it does for me, and have you played with Replichrome II yet? Share with us in comments! I’d love to hear your slide memories too!

ps. Check out The Hours blog this Thursday, July 3rd for your chance to win a set of Replichrome presets from Totally Rad!

For the purpose of full disclosure, Kirstin McKee, Nikki Gardner and I were provided with a complimentary copy of Replichrome II: Slide Film to test. All opinions expressed in this review are our own.