the view from here

Posted 7 years ago by Nikki Gardner 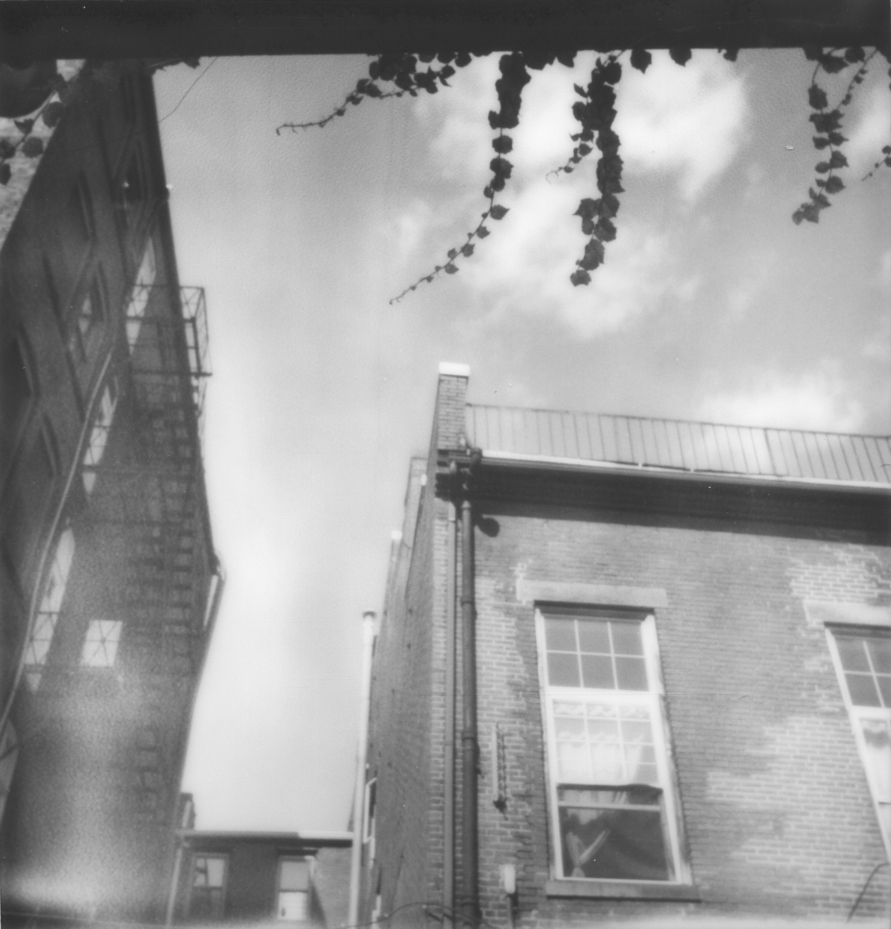 Yesterday, L and I drove downtown for a new marble set. He chose two small sets and when we left the toy store, it was around 2:30 pm, the light was still harsh and angular. I convinced him to go on a short photo walk. He held a bag of popcorn. I carried three cameras. The digital Nikon was slung around my shoulder, the Polaroid 600 was in one hand and my iPhone was in the other.

L and I walked down the alley I like to photograph. It reminds me of a bigger city marked by smells of Chinese food and shipping palettes. Graffiti covers the brick walls that seem to be works in progress. The latest, a pin-up sized cupcake painted on a door and a green sea turtle added to the wall. L grabbed another handful of popcorn while I stepped closer to the building cloaked in ivy.

A guy walked over to his car just behind me. “Are you leaving,” I said. “No.” I angled in closer to the building and looked up and snapped a few photos of a sea of ivy on brick with a short window of sky poking through.

“Hey, if you want a really great shot, you should climb up the fire escape back there and get a picture of the ivy from the other direction,” he said.

“I mean not that I’m telling you what to do, you know, if you want to.”

The guy left. I took a few more shots then moved on.

“Mom, are we really going up that fire escape,” L said.

Sun shone along another brick wall casting slotted shadows from a staircase. I snapped more photos then L jumped into the frame. This time a woman approached us. “You know what would make a great photo,” she said, “if you placed him underneath the stairs and let the shadow lines fall across his face.”

“Thanks, I’m getting so many ideas from people today. It’s kind of amazing,” I said. She fidgeted with her dark sunglasses and left. I may have been unintentionally sarcastic in my delivery; sleep deprivation doesn’t help cultivate patience in such moments.

In truth, it was kind of amazing — strangers who wanted me take great photos and who wanted to show me how to do so. Maybe what they saw was a great image. Who knows? Maybe they’ll go back with a camera.

Really, did I ask for help? Their intentions were good, it was clear, but I was annoyed by the interruptions. I wanted to hang out with L and take pictures. We rarely get these moments when it’s just us. Then it hit me why the conversations had an affect on me. A great image originates from a place of truth and authenticity. That’s the piece I needed to hear.

L and I walked back to the car. On the way home, we talked about our favorite marbles and shooters.