Film is Awesome, Except When Its Not

Posted 5 years ago by Meghan

I love film. Adore it. Have become quite addicted to it, actually. And yet, I hate it. From the unpredictability of IMPOSSIBLE Project film, to the wonky things that can happen in camera, film can be quite the commitment. I am slow when I shoot film. For the most part, this is one of the aspects for which I am grateful when shooting film — I am deliberate, thoughtful, present. But when it comes to shooting portraits or shooting amongst a group of other photographers all cramming to get their shot, film can be a royal pain. But then, when my scans come back or I peel apart my instant Fuji film, and I see an image that makes my heart sing, well, it all becomes worth it again. A total love-hate relationship.

I recently acquired a new-to-me camera. It’s a Pentax 645N, a medium format film camera, and I’ve been so excited to shoot with it. I quickly shot a “test-roll” to make sure all systems were go and working well, and I was blown away by the quality of the images, the huge size of the negatives, everything. A new love affair (oops, I did it again) was being born. So I packed that baby up and took it on a trip with me to Colorado. I shot a few rolls during the awesome retreat, and came home, itching to mail my film to the lab and get it processed so I could see the results. The color scans were sent to me first, and they were great. Gorgeous, vibrant, loveliness. Then, the black and white scans came in. And they looked like this… 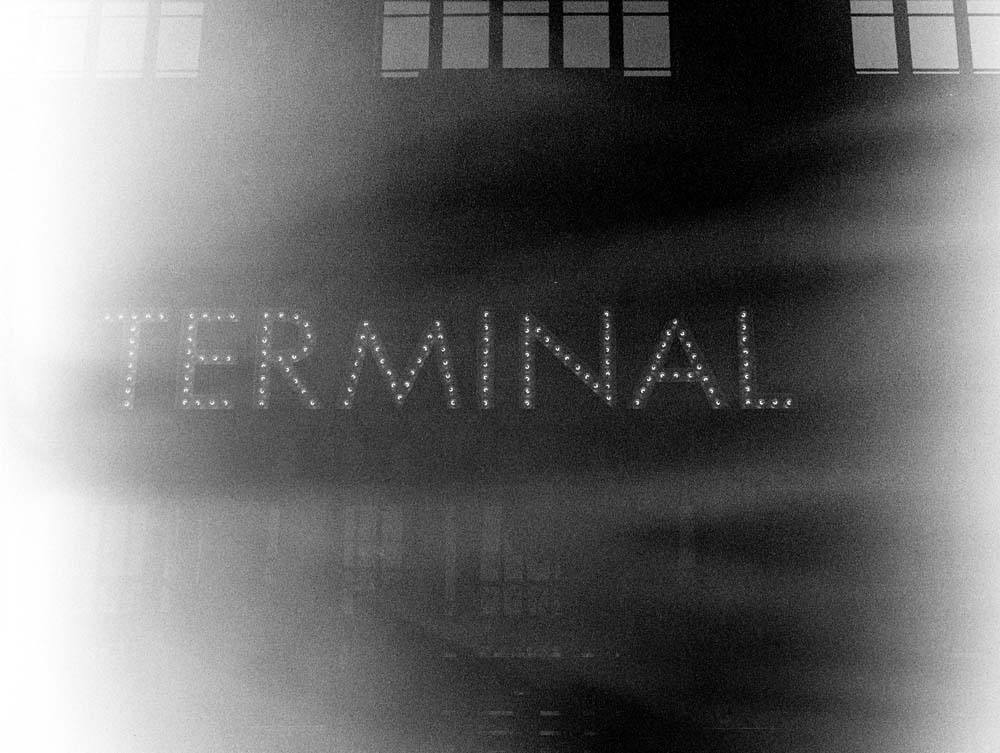 Something went wrong. Very wrong. The lab asked if I used a different camera to shoot these images, that maybe I had a light leak in the camera. Or maybe I used expired film. No and no. Then they asked if the film was wound tightly when rewound, maybe it unfurled and let a bunch of light in. No. Hmmmmm. What happened?

I’m not sure. I am fairly confident my camera didn’t develop a massive light leak between rolls of film on the same day. And the camera automatically rewinds the film at the end of the roll, so I’m also pretty sure it was wound tightly and I sealed it correctly. So who knows? I do know that this is what sucks about shooting film. These images on this roll of film are lost to me. They each are ruined by a massive light leak or something on the left side of each photo. And there’s no “back-up shots” of them. There are no duplicate and triplicate images that I shot with a digital camera. With film, the moment is captured (or not) and that’s it.

So, yeah, film is awesome, except when it’s not. I guess that’s the whole mystery of the affair. The love-hate aspect. It keeps me begging for more.