The Memories and Pitfalls of 35mm Film

With the overhaul of Mortal Muses and the addition of Film Friday, I knew this day was coming. It was inevitable that I’d have to revisit my life with 35mm film, and I was secretly thrilled to avoid this post for weeks…until now.

As a digital holdout, you’d think I’d be excited about the growing popularity of the analog world. After all, I’ve inherited every film camera left in the family, and I’ve been literally sitting on a stash of expired film stored under our bed for years. Don’t get me wrong, I love my photo albums and reliving those memories, but do I really want to go back there? Perhaps film and its printed image has seen such an explosion because it pulls on our emotional heart-strings taking us deeper into memories of childhood, or by making us nostalgic for the origins of our craft. There’s a stunning, intense quality to film that resonates with me, like these images from our flickr group:

If you grew up in the digital era or began exploring photography at a later age, film must seem retro and cool, a declaration of a true love for this medium by going further and exploring its roots. You might even yearn for some time in a dark room…but that’s a whole other post on its own. Is this just a fad? Are we going through a stage where in order to proclaim ourselves true photographers we have to master film on top of photoshop and lightroom too?

1. as the summer days begin to wane, 2. every moment before this one depends on this one, 3. pick your seat

So with all this in mind, not to mention a post to write, I decided to shoot my first roll of film in almost seven years. First order of business, cameras. I broke out my old EOS Canon Rebel S II (1993) and my sister’s old Canon EOS 650 (1987). After purchasing batteries and working out the basics to shoot manually with each camera, it was time to load the film. Canon Rebel with Kodak Max 800: check! It immediately rewinds the film so that you shoot backwards on the roll. Piece of cake! Canon 650…oops! Being in Rebel mode, and not reading any directions, I accidentally pushed the early rewind button and wasted a roll of 800…ouch, so I then loaded a roll of Kodak Max 200.

I’ll admit it, when I first got started, I felt a thrill with each shot loving the sound the camera made while moving from fame to frame. I began with the Rebel in my backyard, shooting some of my favorite subjects to see how they’d appear on film. Each time I accidentally hit the shutter release button by pushing too hard while recomposing my image, I mentally cursed at another wasted shot. 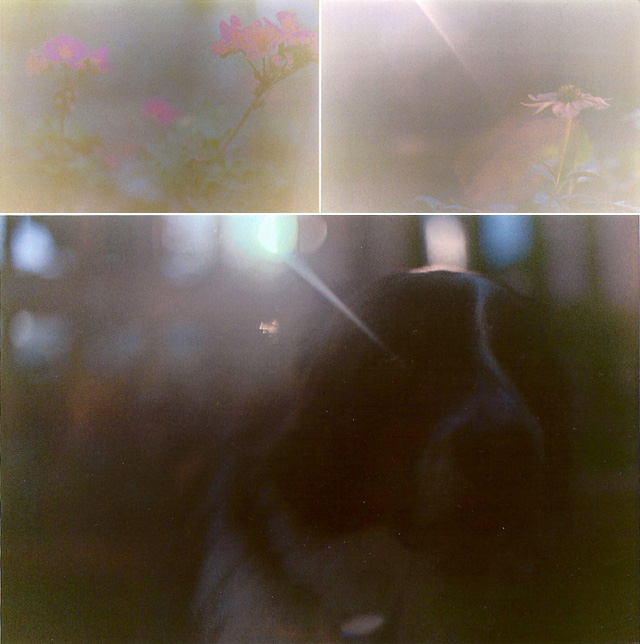 I’d forgotten the deliberate nature of film. How each frame counts. How you really have to think before pressing that button. How quickly the roll can end. Why hadn’t I bought 36-exposure film instead of 24?

Sadly, I’d forgotten the misfortunate 2004 canoe tipping incident in which the Rebel had been submerged (yet again) and even after repairs was never quite the same. Despite my high expectations, I can only guess the results you see above and below come from a combination of damage to the camera with expired film, frustrating to my digitally trained eye. 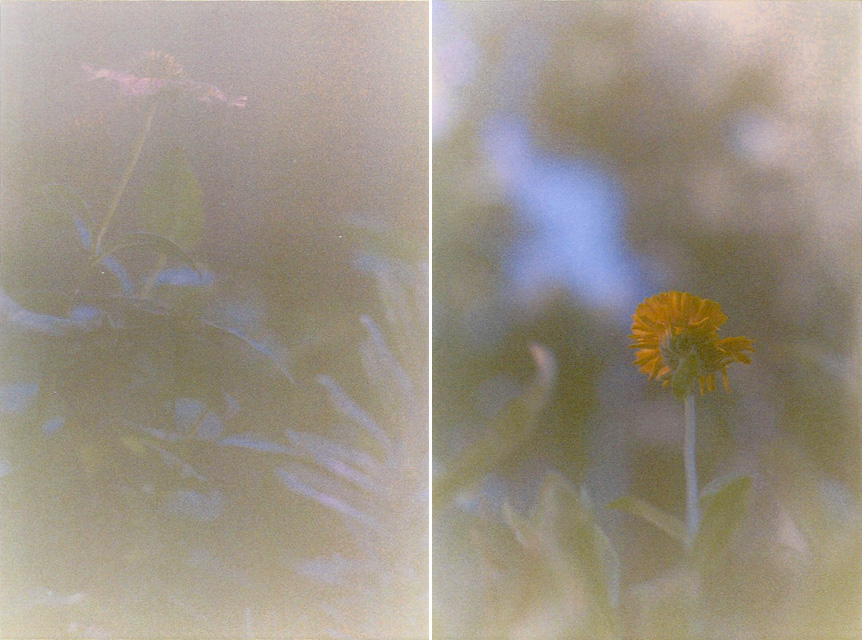 Next up, my sister’s beloved EOS Canon 650. Now this one was a little tricky. Canon launched this camera as its 50th Anniversary camera in 1987 and was the first in the EOS series to support autofocus lenses.  Clearly this camera was intended for mostly A, P, AV or TV shooting, as the match-needle, manual metering used is really tricky. After you set your shutter speed, you must hold down a manual aperture set button on the underside of the lens area to change the aperture which remains the same while looking for a + and – sign simultaneously shown with double “o”s signally a proper exposure. There’s more, but it’s so confusing to clarify, I won’t bother you with the full explanation. I quickly switched to AV mode and got the following, more hopeful, results. Incidentally, Canon discontinued the EOS 650 after only two years of sales, and I can only think it must have had something to do with the awkward metering system. 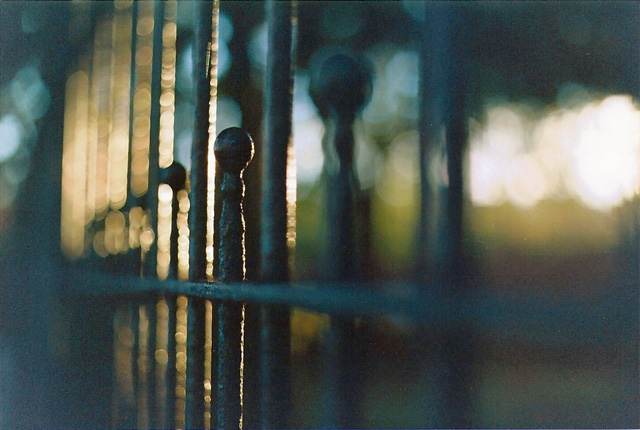 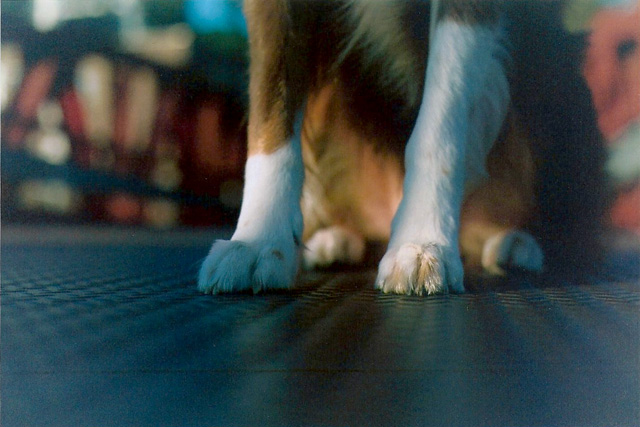 To be completely honest, I’ve had a hidden desire to delve into my analog side for years. I’ve wanted to explore polaroid and medium format, not to mention have my own hassie, but its the expense of film and developing that has stopped me in my tracks. “Do I really want to go there?” I’ve asked myself. For the cost of all that film, batteries and developing, I could be saving to buy that “L” series lens I could use for my business. My high hopes for revisiting film were pretty quickly dashed when I saw my results.

What had gone wrong? Why did everything look washed out? Was it the expired film? Or maybe the drugstore developing? My damaged camera? For some answers, I sought expert advice: I sent Cara a text with a picture of the prints from the first roll, and she responded with a call. “Don’t do it, she said. It’s not too late for you like it is for me. This expensive habit that takes over…you can avoid it. Turn back now while you still can!” She confirmed all my suspicions that revisiting film was a disaster in the making, a waste of time and money. She might have been talking about an incurable addiction in the quest for beauty, but I was thinking along the lines of been there, done that, don’t need to return.

“Phew, I thought, I dodged a bullet there!”

Until a few days later when I sent her a message inquiring about the color cast in my second roll, and got this reply:

looks like expired film to me. kind of awesome.

After looking through my prints again, I thought to myself, “you know, she’s kind of right” taking me all the way back to the beginning again.