Why I Love Film

Posted 10 years ago by Debra 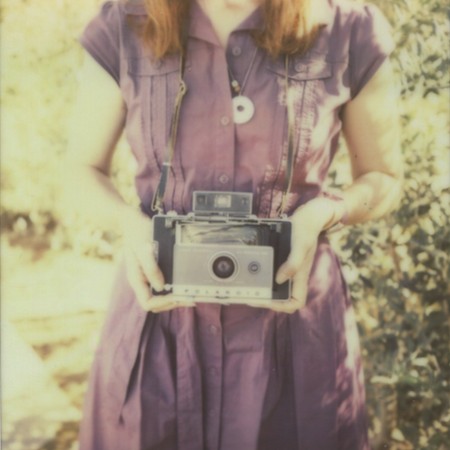 That I love shooting film is no secret. My love for film is well documented in these pages and I’m becoming more and more known as a “Polaroid photographer” rather than just a “photographer”, which thrills me. I’ve also found a community of people, including most of my fellow muses, who are equally smitten with film shooting. There are so many film shooters in my day-to-day that it wasn’t until a couple of weeks ago at Shuttersisters Oasis, when I was asked to explain why I like to shoot Polaroid, that I realized I’ve been living in a bit of a film bubble. While film shooting has become the norm for me and many of my photographer friends, I came to remember that digital is the go-to, and often the only photographic medium for many photographers. Still, at the time I was a little surprised to be asked flat out why I shoot film. It only took a beat though, for me to list the top three reasons that I love film:

1) My number one reason for loving film is definitely the most intangible one. It’s the special way that the world looks when captured on film. There is a quality to the light, the colours, the blur that varies from one film type to another but simply cannot be exactly produced in a digital image. Using actions to process digital images is great, I’m all for them. I’m a particular fan of VSCO FIlm (no surprise, I’m sure) but I’ve yet to find one that effectively reproduces true film effects. The beautiful images below, selected from the Film Friday Flickr pool, exemplify that unique film quality in such a great way.

By Any Direct Flight 2) My second reason for loving film is that it helps me to silence (or at least quiet) my inner control freak and perfectionist. Shooting film means embracing imperfection. Oftentimes we’re shooting with films that are experimental or expired. No matter the film type there is a certain unpredictability. Add to that that many film shooters are shooting vintage cameras, each with their own idiosyncrasies, and we are just throwing predictability right out the window! When we shoot film we have to rely on our knowledge, our experience and sometimes more than a little luck. As well, because we can’t see the image we just shot on the back of the camera, and even “instant” film images take 30-45 minutes to develop, we have to trust our knowledge and our instincts to be satisfied that we have captured what we were aiming to.

3) And number three? I love that shooting film slows me down. There is no “knocking off” a random shot with a film camera. The manual nature of many film cameras necessitates slow and deliberate shooting. As well, because there is little room for trial and error (film is expensive!) shooting film has  taught me to be deliberate about my composition. Before I press the shutter I am confident that everything I want (and nothing I don’t) is within the frame.

Much of my film shooting takes place with a Polaroid SX-70. The process is several steps long – from making sure there is film in the camera, to setting the exposure dial, composing, focusing, recomposing and then steadying my stance and pressing the red button. Then, of course there is the waiting for the image to develop. Most often when I shoot Polaroid I take the image from the camera and tuck it into a book or a pocket and go on shooting. Sometime later, often over coffee in a location far from where I pressed the shutter, I look at the images that I produced. If I’m lucky there’s a moment when I see the “fully cooked” image and a huge grin spreads across my face (often accompanied by joyful cursing, *ahem*). For this photographer there is no feeling better than that of seeing my vision produced on film. 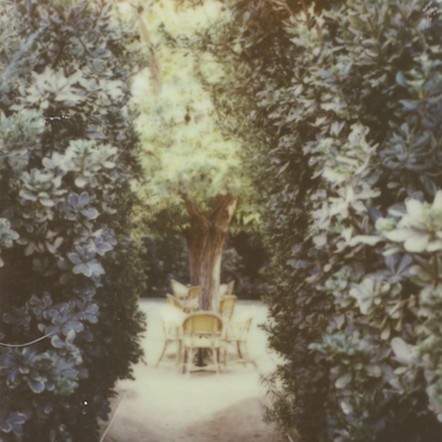 So what about you? Are you a full-on film convert or are you wondering a bit what all this fuss is about?