Posted 10 years ago by Jenny Graver

In November the sun rises after I arrive at work and sets before I leave, and even if I have an errand outside during work hours I rarely get to see the sun anyway, because it’s usually raining. So I’ve been chasing what little light there is, and I’ve been chasing it in black and white, now that shooting in black and white is our theme for November.

Mostly I’ve been using Vignette for Android, by far the best photography app for Android I’ve come across. Vignette is highly versatile, with a great number of filters, frames and options for adjustment. The following is one of the workflows I have developed with this app.*

I mostly use the regular camera on my phone for the actual shooting. 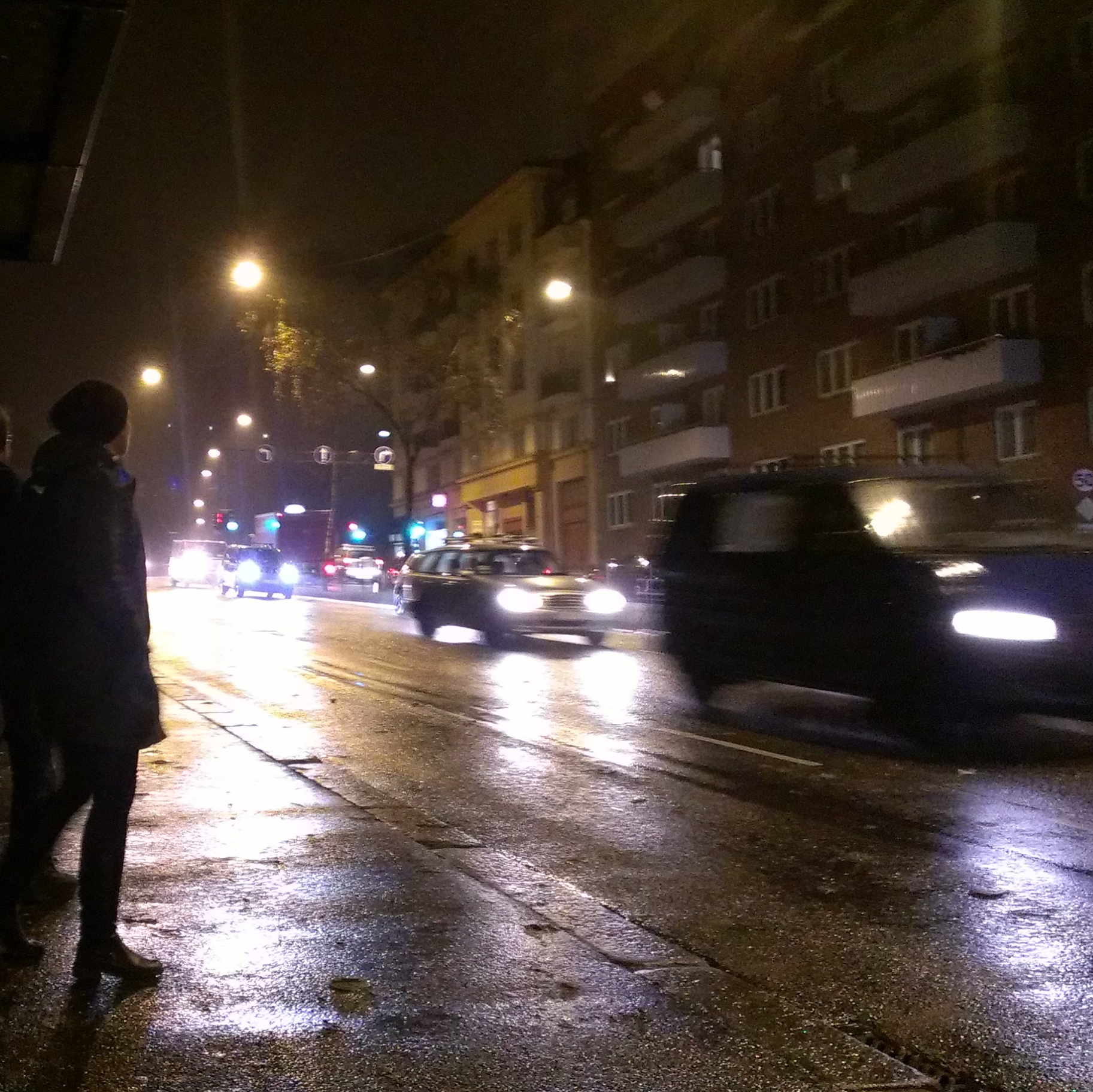 I then open the image I want to edit in Vignette. There are two black and white filters, Ilford and Toy camera BW. I usually pick Ilford, since it’s the most basic of the two; any fancy effects I add afterwards. Here is the same image with the Ilford filter: 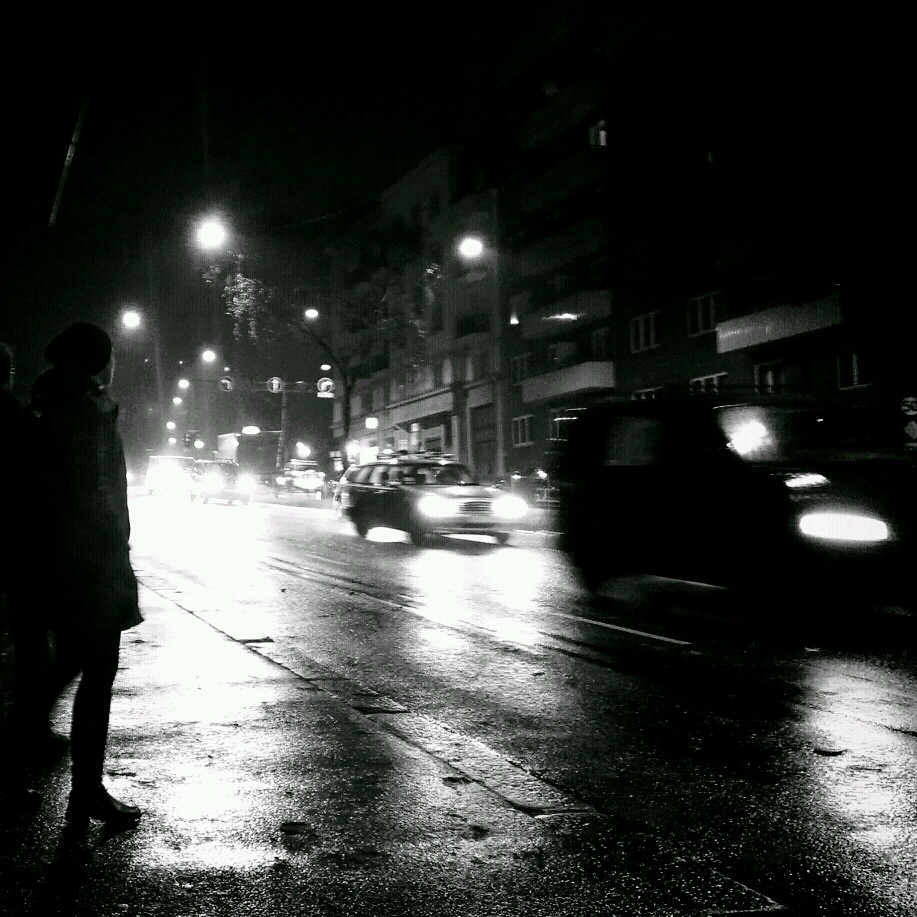 On the screen where you pick the filter and frame you want, there is also an option called Customise filter.** Here you can make various adjustments as well as add various effects such as tilt-shift, which is my current favourite.

After you’ve applied your chosen filter and frame, you can tap the resulting image to bring up another menu. Here you have an option called Adjust…, which lets you adjust the angle, position and width of the tilt-shift area. Here is the same image again, now with the tilt-shift effect aligned with the road, leaving the surrounding areas blurred.

When you add the tilt-shift effect to a black and white image in Vignette, the final image for some reason gains a slight greenish tint, like the above. For this reason I prefer to run the image through the black and white filter in Instagram before posting it, making the final result look like this: 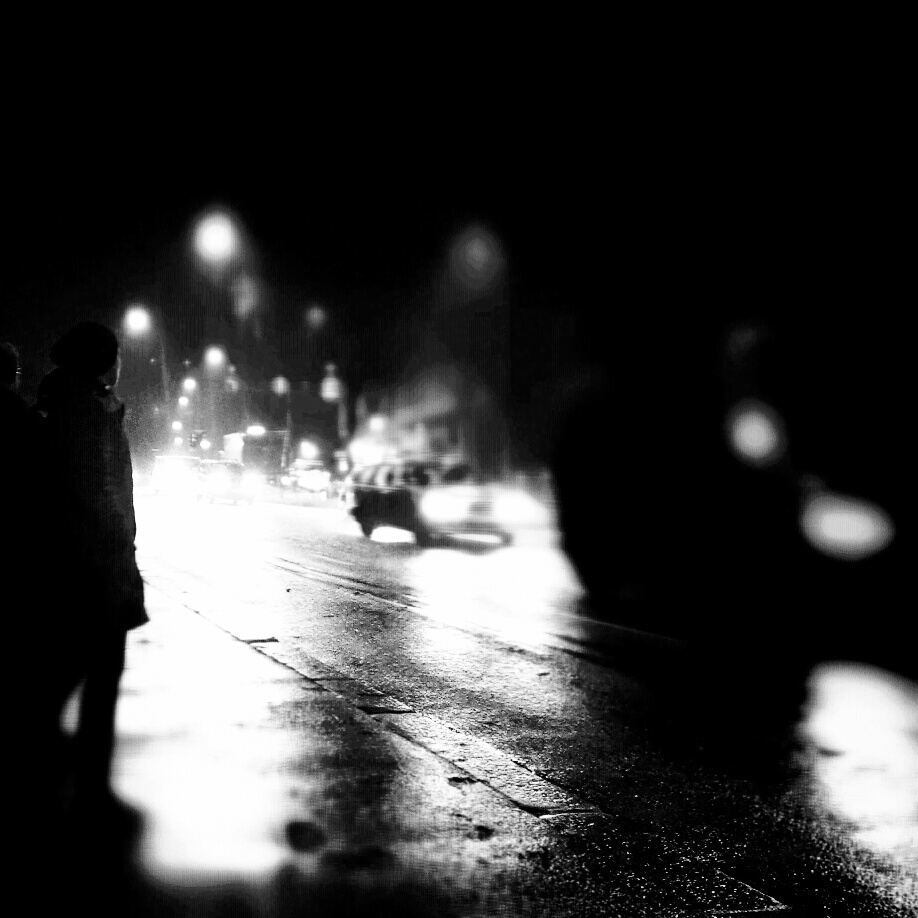 Do you use Vignette? Do you have a favourite effect? If so, do let me know in the comments!

*I usually crop the original image to a square before I start editing in Vignette. You can certainly get square crops in Vignette, but for some reason you cannot control which part of the image you can crop. This is one of only two things I don’t like about Vignette.

**The second thing I don’t like about Vignette: I can’t take screenshots while using the app – or I would be showing you what the menus look like.