Posted 8 years ago by Vanessa Snow

We’ve all been there, staring at the computer screen, wondering if we should click “BUY” and bring that new – to us – camera home.
More often than not, we browse more options, we gather opinions but ultimately, we know in our heart, the answer was always there.

I bought my Pentax last year, right after shooting with a friend’s Canon and falling head over heels in love with film again. Even though it all began with film, I had never really used a 50mm lens or a “fancy” camera.
Disposables were my buddies.

I liked the feel of used film and bought as many as there were available and I loaded that Canon about five times before I told myself it was time to use the little Pentax.
In a way, I was afraid the pictures wouldn’t live up to the expectation I had built up in my head and when the rewinding knob broke, I took it as a sign.
Either use it or let it go.

So I did.
I loaded one roll of film and went out into the world with it, always with mobile in hand, just in case, you know?

Somehow, a month later, when I had it developed, it came out blank.
Zero.

But I loaded a roll of film again, and one more time I went out into the world with it.

I captured the mundane, what I find pretty, without giving much thought on whether it was worthy of film. For all I knew, this roll could come back empty again. So I captured the pretty sunset light, so perfectly timed with where I was at that given time. 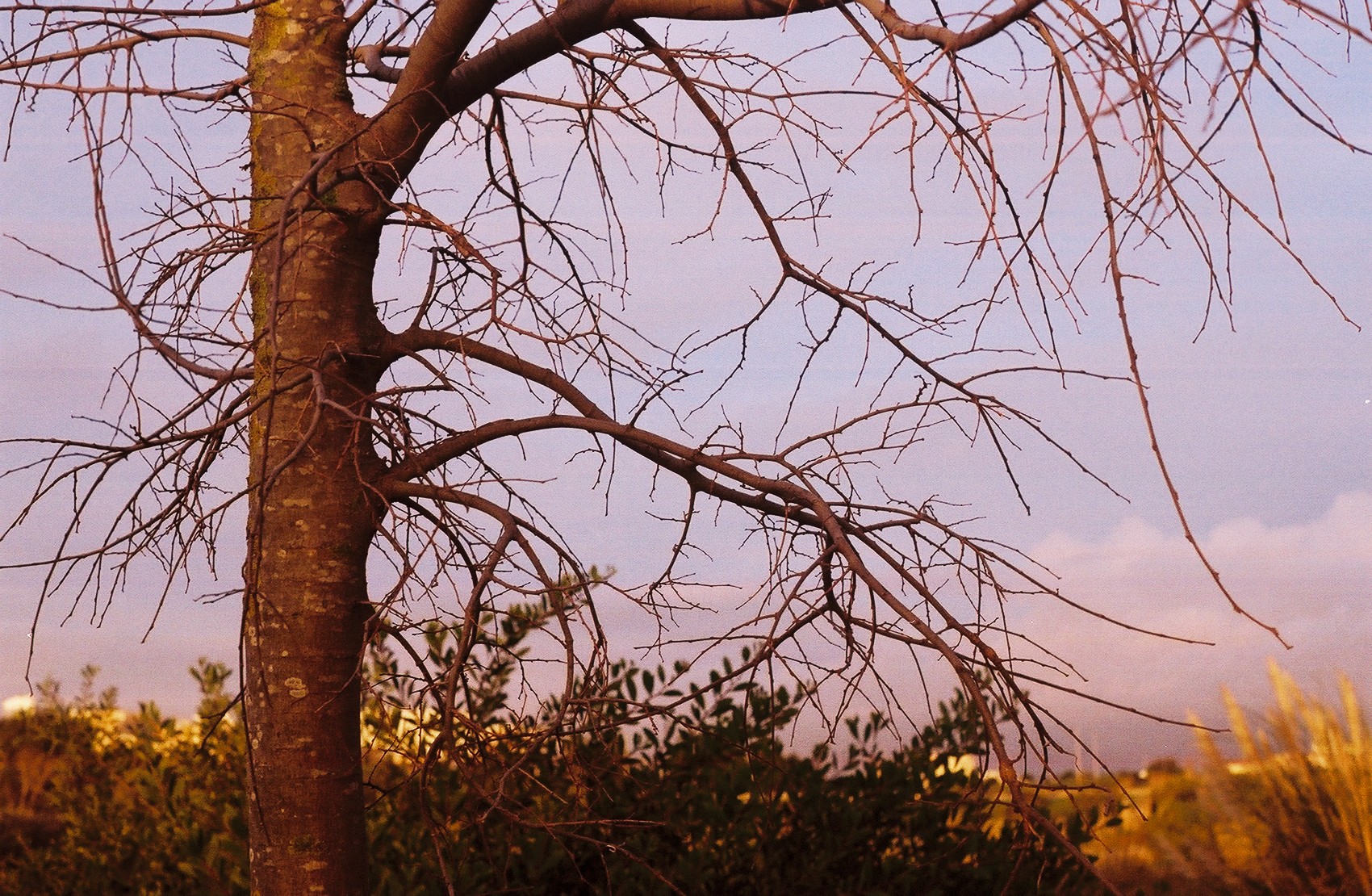 I got closer, remembering the fact I was now using a 50mm lens, something that requires a new approach to photography. Something that felt like second nature with the Canon, was now an ability I had to keep reminding myself of.
“Take one step closer.”
I soaked in the last rays of sun, hoping and wishing the tones would come out just the way I saw them. I captured one long walk and the bridge, the one I’ve come to shoot every Saturday, before baseball practice.

I captured light and memories.
Broken rewinding knob and what looks like fungus in lens would not stop it.
I gave my camera a second chance to shine and I’m grateful I did so.
This time, success.

In a way, you just need that to overcome the anxiety of that first roll, because after that, you find your passion, what you like shooting and sometimes, you find that what you wish you could shoot, you need to get closer at.

“To the complaint, ‘There are no people in these photographs,’ I respond, There are always two people: the photographer and the viewer.”
― Ansel Adams

Now load that camera, go outside and shoot.
Van