Frame it in Color

If I were to show you my collection of Polaroids you would see I have them divided equally into two stacks, traditional white and color frame, with color starting to inch ahead.  Since I am a HUGE fan of color in general its natural for me to want to add as much color to my photos as possible. I usually always have a pack with me in my photo bag and sometimes if the subject matter screams I NEED COLOR! I will sacrifice a slide or sometimes ditch the entire pack just so I can shoot with color frame. Here is a list of fun frame film that is available out there.

Back in March 2012, Impossible Project collaborated with Nigo, the ultra-hip, DJ, Creative Director and creator of HUMAN MADE to produce the limited edition PX70 Color Frame film, IMPOSSIBLE by NIGO®. The film frames came in 10 different colors: yellow, orange, red, pink, lilac, dark blue, light blue, green, black and white (white and black have a ® symbol on the bottom right). The fun part about this? Every pack is different, with only 8 frames per pack you never knew which color you are going to get. 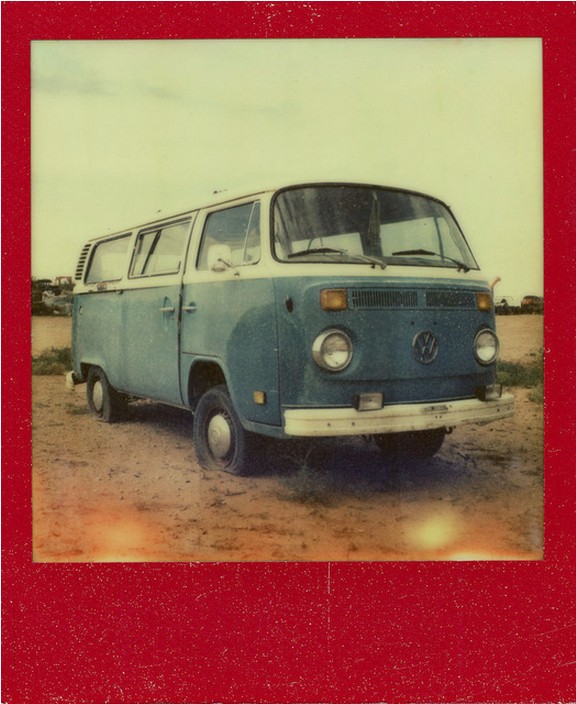 One of my favorites from Justin Goode, founder of Instant Film Society.

You can find a bunch of other Nigo framed photos on the Impossible Nigo Edition Flickr Group. Even though the film has sold out long ago you can still find NIGO every now and then on Ebay. I can’t endorse a particular seller but I will tell you that I recently found (and bought) a few boxes of NIGO® Color Frame from a seller out of S. Korea, the film is fairly priced at 29.99 USD.  I will come back and update this post with my results. You need to know because the film is fast approaching its expiration (best used by April 2013), last batch was produced in April 2012, be prepared for inconsistencies! 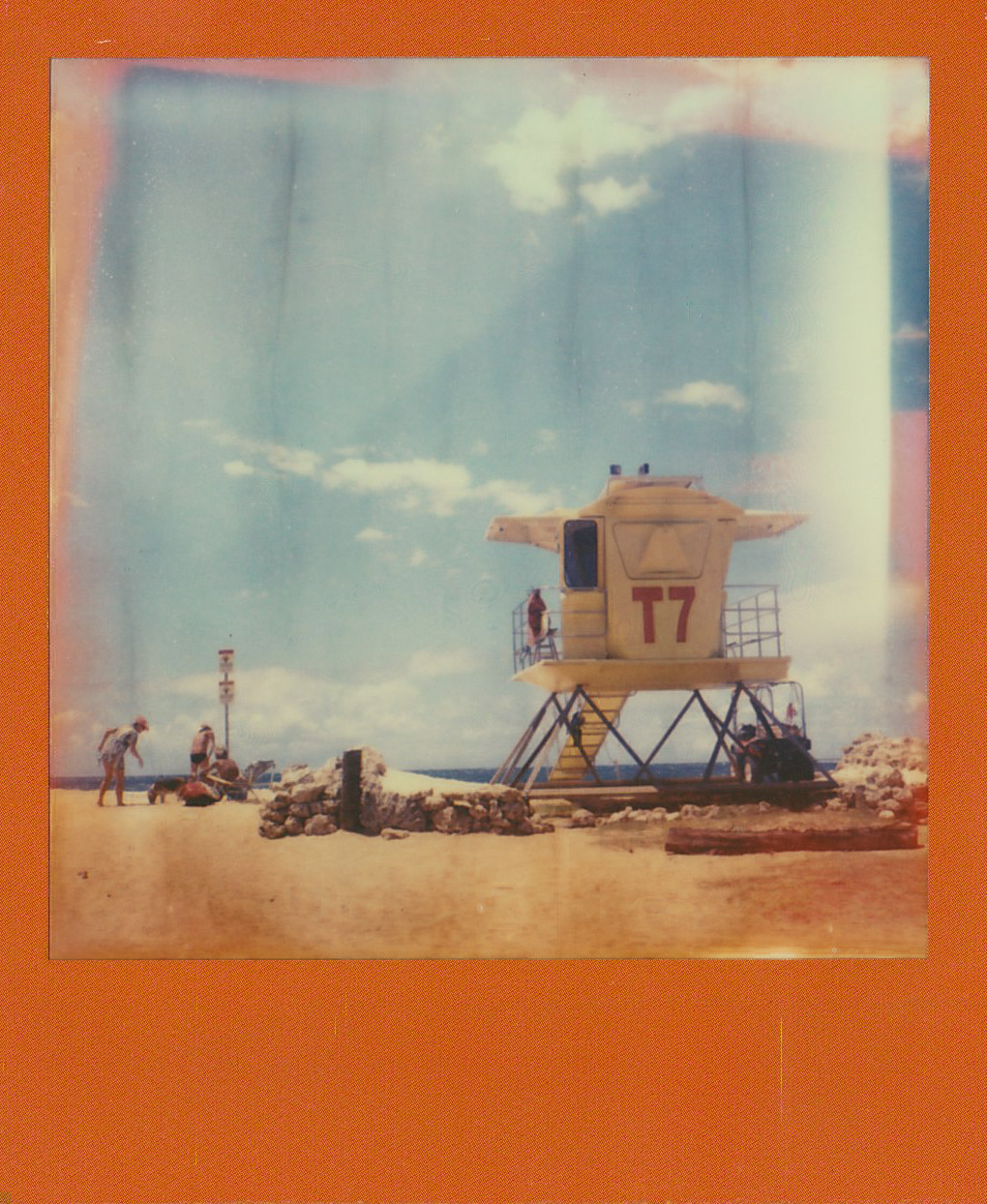 *UPDATED TO ADD**  this past Sunday on the Impossible Project Blog, featured photographer Jake Messenger selected one of my Polaroids above.  I have to agree with Jake, the orange color frame works perfectly with the lifeguard tower. I got very lucky that day in Hawaii. 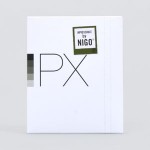 Impossible and Nigo released NIGO® EDITION PX600 Silver Shade for 600 cameras, or SX-70 with an ND filter. Clean black and white images are framed in a utilitarian green with the ® on each frame. Although this is new film, it still had the chemical engineering of the original color shade film which means YOU MUST SHADE THIS IMMEDIATELY AFTER EJECTION. If you are like me and use the new Color Protection film you have probably already dropped the habit of shading your photos, sidenote: I recently wasted an entire pack of Spectra film because I forgot I was using the old Color Shade. Bummer.

Frame, in fact I just saw it just yesterday at Urban Outfitters, they also have it in their online store. Its pricey at 32.00 a pop and again like the NIGO now that’s it coming up on a year after production date it may or may not produce the results you want. Here are a few shots I fired off yesterday. The last frame never ejected so I got 7 shots for 32.00. The undeveloped spot seem to grow larger as the shots progressed. 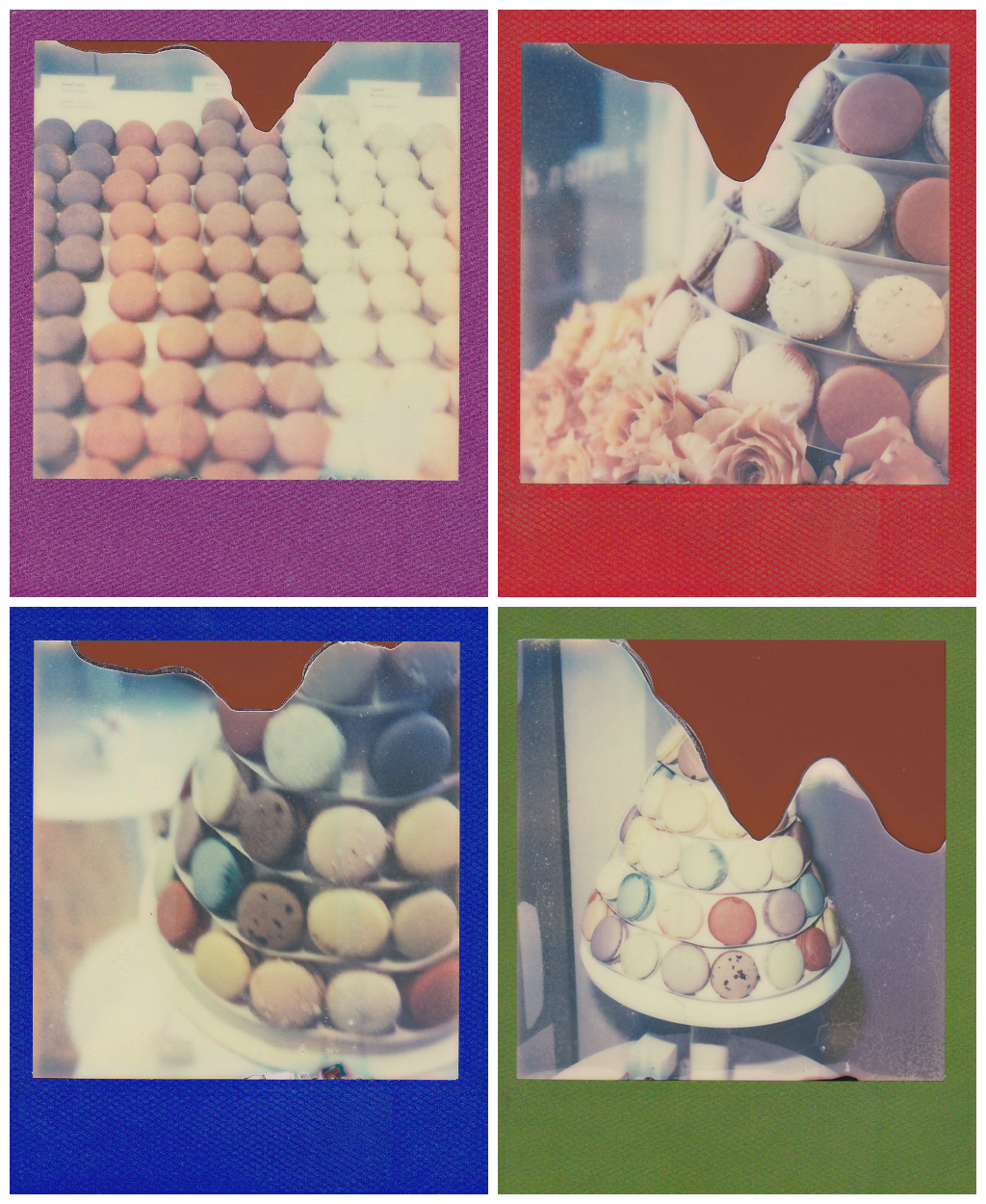 Impossible re-released PX680 Gold Frame over the holidays which I thought was perfect with all things red, green and sparkly. I started using gold frame long before color frame with fantastic results but as I began to upgrade my equipment (SLR 680) coupled with the new Gold Frame Color Protect, I saw a hug improvement on the consistency of my photos. You remember my muse Weebee? 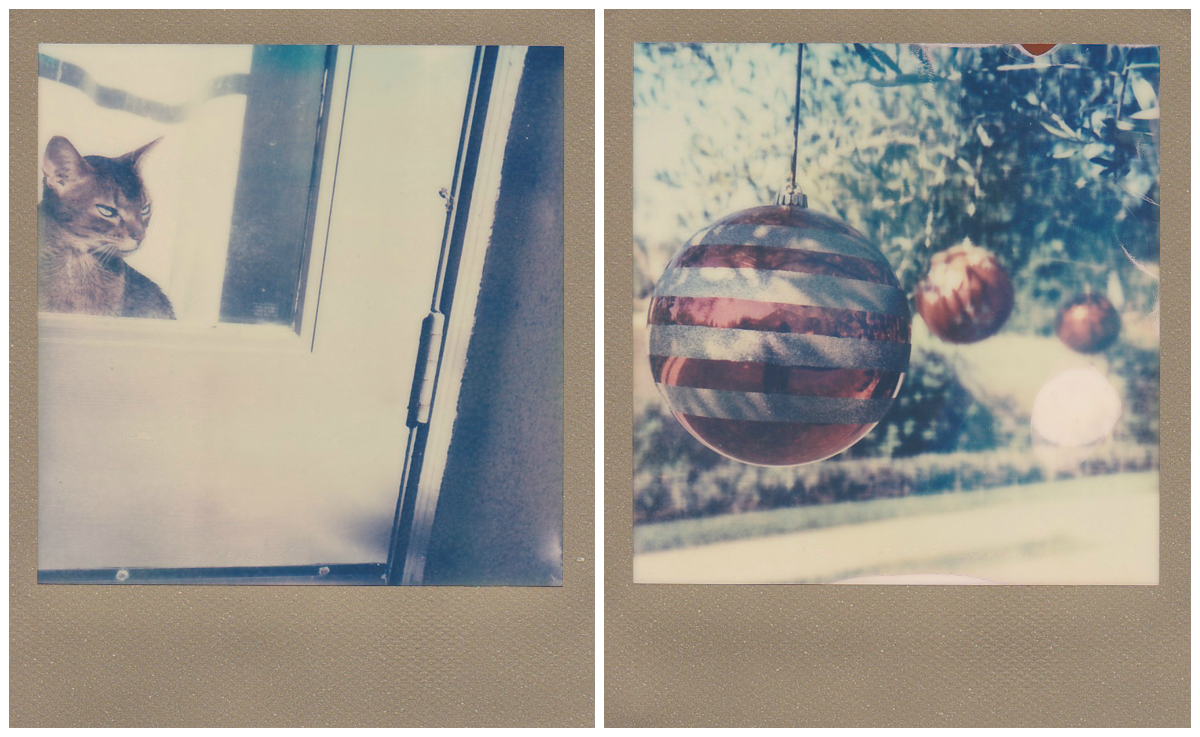 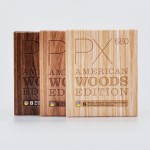 A few others I have waiting to be opened, PX680 American Woods (3 pack) as well as the rare Pidgeonhole PX680 (color mosaic tiled frame) on its way from down under. You can see a sample of it here. Impossible also has another collaboration with ::mint:: and offers PX600 Silver Shade Mint, a 4 pack (2 white and 2 black) birds in flight printed on the frames. So many options, you don’t really have an excuse not to have any color in the shot on those dreary grey days now do you.